Here’s why you should never reuse your plastic water bottles 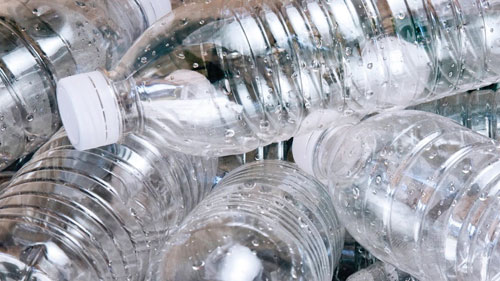 Researchers have suggested that refilling plastic bottles and drinking from them causes more harm than good, with the item essentially becoming a breeding ground for bacteria.

The study was conducted by Treadmill Reviews and analyzed the water bottles used by an athlete after each use for a week. They found that the number of bacteria on reused water bottles reached a colony of 900,000 units per square cm on average. That’s more than a typical toilet seat. The authors of the study also concluded that 60 percent of the bacteria strains found on the water bottle were able to make people sick.

Dr. Marilyn Glenville wrote to Good Housekeeping, as reported on ZeeNews.India.com: “Certain chemicals found in plastic bottles can have effects on every system in our bodies. They can affect ovulation, and increase our risk of hormonally driven problems like polycystic ovary syndrome, endometriosis and breast cancer, among other things.”

In a separate article on TheSun.co.uk, it was noted that reusing plastic bottles and then storing them at room temperature can promote bacterial regrowth, despite washing the bottle properly. Dr. Richard Wallace of the University of Texas Health Center warned: “[the bacteria that grew in reused bottles] could make you very sick almost like having food poisoning… [symptoms could include] nausea, vomiting, diarrhea. Basically the worst vomiting you have ever had in your life.”

The Sun article concluded that washing was not a guarantee that harmful bacteria would be killed. Moreover, the author of the article stated that “frequent usage and washing will cause breakdown of the plastic, especially if washed at too high a heat.”

The other “B” to look out for

This new study adds another “B” to our list of reasons why we should not reuse plastic bottles. In 2012, the U.S. Food and Drug Administration (FDA) banned the sale of baby bottles which contained bisphenol A (BPA). The chemical compound, which was frequently used in plastics, was found to mimic the hormone estrogen and could disrupt the brain and reproductive development in fetuses and children. This led to manufacturers using a BPA replacement, called bisphenol S (BPS). However, several studies on the compound found that BPS could be equally harmful.

In a cautionary report on ScientificAmerican.com, it was written that “A 2013 study by Cheryl Watson at The University of Texas Medical Branch at Galveston found that even picomolar concentrations (less than one part per trillion) of BPS can disrupt a cell’s normal functioning, which could potentially lead to metabolic disorders such as diabetes and obesity, asthma, birth defects or even cancer.”

These statements echo another warning issued on NewScientist.com which stated that another alternative to BPA, fluorine-9 bisphenol (BHPF) could block normal hormone activity, potentially causing fertility problems and even inducing miscarriages in mice.

Scientists have stated that the only true preventive action would be not to buy plastic bottles or reuse them. Instead, they recommend using glass containers.

How to recycle properly

It is estimated that around a million plastic bottles are bought around the world every minute, according TheGuardian.com. This number is expected to rise by an additional 20 percent by 2021. Considering that around 20,000 bottles are being bought each second, learning how to recycle them is of utmost importance. Unfortunately, the potential health hazards of reusing plastic bottles for water consumption prevents us from protecting the environment this way. There are, however, other ways to recycle plastic bottles correctly. We are generally advised to look for a local recycling plant or curbside recycling programs. These facilities are well-equipped to effectively and efficiently reuse plastic bottles.