Hillary Clinton has now been implicated in the pedophile ring bust in Norway, said to be the largest child sex abuse case in history (before Pizzagate scandal emerged), after new evidence was found that connects the Clinton Foundation to the case that involves elected officials, politicians, lawyers, doctors and teachers. 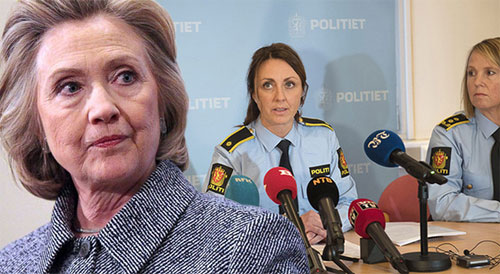 Norwegian Clinton Foundation donors have withdrawn their support for Hillary Clinton in her election campaign amid rumors that the Clintons are connected to the “Operation Darkroom” scandal that has so far seen 20 people arrested (more than 50 being investigated).

In January 2017, as reported by the Associated Press and a variety of both independent and corporate news sources, a large pedophile ring was busted in Norway, leading to three convictions and a search for the others in different parts of the country. One of the most detailed reports so far came from Turkey’s Daily Sabah, reported below:

By Daily Sabah with Associated Press

Norwegian police said on Sunday [Nov. 20, 2016] they are investigating a grotesque pedophilia ring suspected of involvement in the abuse of at least 51 people, which includes the abuse of infants and at least one case of a suspect acknowledging abusing his own children. The latest incident is considered one of the largest child sexual abuse cases in the country’s history.

Deputy Police Chief Gunnar Floystad said that they have arrested 20 men so far, with three convictions, in western Norway. The 31 other suspects are from other regions in Norway. Those facing charges are to receive a maximum penalty of up to 15 years in prison.

Floystad told reporters many of the suspects are highly educated, and include lawyers and politicians. Two current or former elected officials, one teacher and a lawyer are allegedly among the accused. He said he could not reveal more details pending the conclusion of the investigation, known as “Dark Room” which began in 2015. Prosecutors said the perpetrators met in the dark web, using encryption and anonymity to hide their tracks.

‘We have the clear perception that like-minded individuals met with each other in the so-called dark net, where they could talk with one another and cultivate their interest in children in peace’, Hilde Reikrås, the head of Operation Dark Room, said at a press conference, the Local Norway reported.

‘There are several highly educated [individuals] with high IT skills. They’ve used encryption and anonymity to hide their tracks’, head police prosecutor Janne Ringset Heltne said at the press conference, adding that all of the perpetrators involved are allegedly men.

‘The material shows the abuse of children of all ages, including infants’, Reikrås said. She also gave examples of the scope of the horrific abuse.”

Coincidentally (or perhaps not), on the same day this story broke, another story involving Norway was widely reported among mostly independent and alternative sites. The following example is from The Daily Caller:

Norway Donations To Clinton Foundation To Fall Nearly 90% Off Peak

The Norwegian government’s planned contribution to the Clinton Foundation next year will be nearly 90 percent off its peak, news outlets in Norway are reporting.

Norway will donate 35.9 million kroner this year — or around $5.1 million — to the Clinton Health Access Initiative, a subsidiary of the Clinton Foundation, according to the Norwegian news outlet, Hegnar. 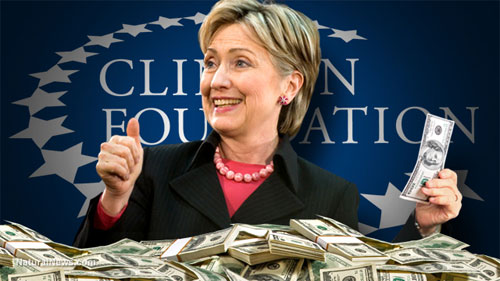 The Scandinavian nation will slash its donations by 36 percent next year to 23 million kroner. That marks a 87 percent decline from the 2015 peak.

The drastic cut could be a signal that other longtime Clinton Foundation donors will reduce donations in the wake of Hillary Clinton’s presidential loss.

Norway’s Ministry of Foreign Affairs said that it has not renewed pledges it had with the Clinton Foundation which ended in 2015.

‘Norway has signed several agreements which aimed to help reduce maternal and child mortality in countries with high mortality burden to ensure progress on the [Millennium Development Goals]’, Guri Solberg, the communications adviser for the Ministry of Foreign Affairs, told Finansavisen.

‘Most of the agreements expired in 2015, in parallel with completion of the [Millennium Development Goals]. This is why the payments were particularly high in 2014 and 2015’.”

Of course, the reasoning behind this decision could be based on Clinton’s defeat and fears that the Trump administration might possibly investigate the pay-to-play scandal, but the timing coinciding with the pedophile bust is suspicious. What if, rather than being an outcome of Clinton’s defeat, the news from Norway are late-breaking indicators of what may have caused her defeat?

It’s no longer a secret that the U.S. electoral system is highly corrupt and susceptible to tampering. Both major parties are reluctant to change the status quo because both take advantage of it in varying degrees to retain a duopoly and for greater control over primary, general and local elections.

The Trump victory was an anomaly because he didn’t seem to have support from the Republican establishment while Clinton had the backing of the neocons and the majority of corporate interests. Clinton was primed to win, and the fact that she didn’t (and is not directly challenging the results) is reasonable cause to suspect she may have been forced to stand down. The fact that Trump announced he would not be investigating Clinton gives further credence to the notion she was offered a “deal” (or ultimatum) by higher-ups.

Given what we’ve learned already from the Podesta emails, it’s not beyond the realm of possibility that powerful elites in the U.S. had a strong motivation to prevent four years of Clinton and Podesta in the spotlight. Any political figure connected to pedophilia, human trafficking or a host of other crimes can be easily controlled and manipulated through blackmail, but once the secret gets out they’re no longer effective sales puppets. Meanwhile, elites in Norway could be attempting to distance themselves from the Clinton Foundation for the same reasons. More information is needed to solidify this possible connection which is why the ongoing open-source investigation by multiple internet communities is essential.