R. Kelly has a long history of being accused of sexual improprieties. He was alleged to be involved with 15-year olds, including the late Aaliyah (who had R. Kelly produce and write the songs for her album called Age Ain’t Nuthin but a Number). 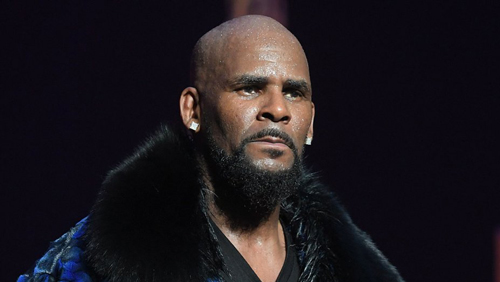 It’s reported that Aaliyah and R. Kelly were married when she was just 15.

In 2002 he was alleged to be in a video where he was urinating on an underage girl as well. In 2007 he went to court for similar allegations of sex with minors but was found not guilty.

What’s even more curious are the 2017 allegations that he was a cult leader; reported by Buzzfeed who detailed the experience of “J.” and “Tim” (both aliases) who are the parents to a daughter that flew out to meet R. Kelly for career advice and never returned!:

„Three former members of Kelly’s inner circle — Cheryl Mack, Kitti Jones, and Asante McGee — provided details supporting the parents’ worst fears. They said six women live in properties rented by Kelly in Chicago and the Atlanta suburbs, and he controls every aspect of their lives: dictating what they eat, how they dress, when they bathe, when they sleep, and how they engage in sexual encounters that he records.

‘It was as if she was brainwashed. [She] looked like a prisoner — it was horrible,’ she said. ‘I hugged her and hugged her. But she just kept saying she’s in love and [Kelly] is the one who cares for her. I don’t know what to do. I hope that if I get her back, I can get her treatment for victims of cults. They can reprogram her. But I wish I could have stopped it from happening.’

J. and Tim said they have only heard from their daughter twice since they last saw her. They got a one-sentence text from her on Christmas Day: ‘I hate Christmas has to be this way this year.’

…The women in Kelly’s entourage initially think ‘This is R. Kelly, I’m going to live a lavish lifestyle,’ said Mack, who worked as Kelly’s personal assistant for a year and a half starting in 2013 and has remained in touch with some members of his inner circle. ‘No. You have to ask for food. You have to ask to go use the bathroom. … [Kelly] is a master at mind control. … He is a puppet master.’”

It’s quite interesting to hear that R. Kelly is being accused of mastering mind control when we consider all of the MKULTRA mind control allegations and symbolism from our entertainment… 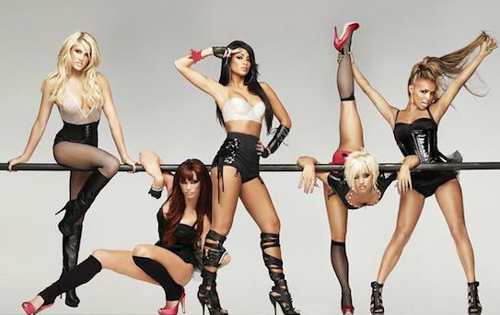 The girl-group known as the Pussycat Dolls selected Kaya Jones to be in the group in 2003 when she was 16 years old. Prior to that when she was only 13, R. Kelly spotted her and signed her to his label.

The creator, Robin Antin (who’s brother is Steve Antin, an actor that was ironically in The Goonies alongside Corey Feldman), was accused of running the girl group like a “prostitution ring;” according to the tweets of Kaya Jones: 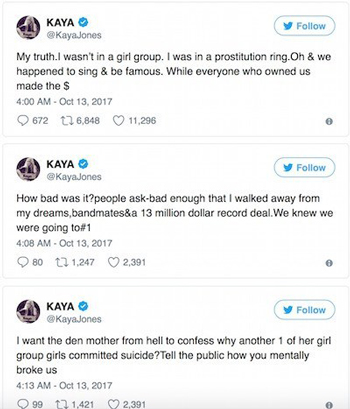 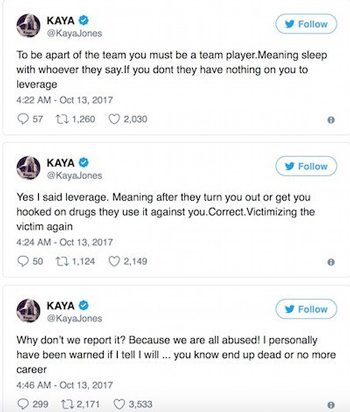 Robin Antin asserts that not only are the prostitution claims false; but Kaya was only in a trial period of the group.

Nicole Scherzinger is the most famous of the Pussycat Dolls and she was discussed in the hip hop conspiracy book Sacrifice: Magic Behind the Mic for some interesting language she had about selling her soul. In hindsight perhaps she was referring to the abuse they took:

“Singer Nicole Scherzinger from the Pussycat Dolls once warned about winning Grammys and Oscars in a deal with the devil in an interview on Independent.co.uk:
‘This is such a tough industry, you know. To make it, you really have to sell your soul to the devil.’ And has she? She turns back to face the mirror, and closes her eyes. Her make-up artist resumes her work. ‘No, I haven’t. That’s probably why I haven’t quite reached the top of my mountain. I mean, where’s my Tony Award, my Grammy, my Oscar? Why don’t I have any of those things yet?’”

Another curious connection is that Kaya Jones was also on the Corey Feldman 2016 album Angelic 2 the Core for the song 4 Bid in Attraction – a song about waiting for… something… before making love:

In October 2017, the New York Times and New Yorker published articles on the allegations against the film studio executive Harvey Weinstein. The allegations were familiar to many Hollywood insiders, but to the masses it was horrifying testimony of sexual assault and even rape.

The fallout is being played out as we speak; with the Academy expelling him from the group, as well as his own business, The Weinstein Company, giving him the boot. 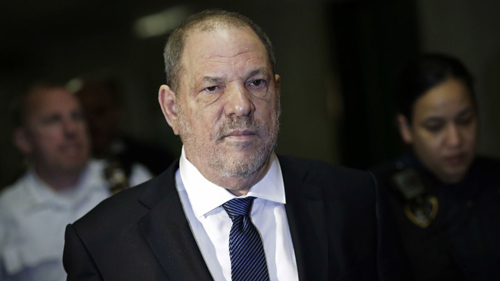 “Harvey Weinstein was accused of three decades of sexual harassment and paying off settlements to actresses Ashley Judd, Rose McGowan and Ambra Battilana Gutierrez as well as other unnamed Miramax and Weinstein company employees. Since the report emerged Gwyneth Paltrow, Angelina Jolie, Judith Godreche, Heather Graham, Cara Delevingne and Léa Seydoux have spoken out about their experiences of sexual harassment at the hands of Weinstein.”

Many people felt empowered to speak out about personal experiences of sexual assault in the subsequent fallout of the Weinstein situation. At this point, TMZ brought up the historical trends that have been overlooked which brings up some valid points (*we find it amusing that TMZ has become the “voice of reason” somewhat):

“The Academy of Motion Picture Arts and Sciences expressed its outrage by kicking Harvey Weinstein out of the org, but the question … is this honest indignation or PR?
Bill Cosby is still a member in good standing, and the Academy has been silent as a church mouse for more than a year after more than 60 women have accused him of rape, date rape, sexual assault and child sexual abuse.
Ditto Roman Polanski, who raped a 13-year-old in 1977. In fact, the Academy bestowed on him Best Director in 2003 for ‘The Pianist,’ and the likes of Meryl Streep gave him a standing ovation.
In expelling Weinstein, the Academy said it wanted to ‘send a message that the era of willful ignorance and shameful complicity in sexually predatory behavior and workplace harassment in our industry is over.’
The question … did they know about Weinstein’s antics for years, and were they complicit?”

We previously spoke about Bill Cosby, but didn’t discuss Roman Polanski. Here we have a prominent director and producer who was also famous for a tragedy before the rape accusations. Polanski made the film about elite satanic cults with Rosemary’s Baby shortly before his wife Sharon Tate was brutally murdered in the Manson Family murders of 1969.

In Adam Gorightly’s book on Manson’s occult connections to strangeness, The Shadow over Santa Susana, he details some allegations that were flying around that Anton LaVey was involved with the filming of Rosemary’s Baby. Polanski and LaVey were allegedly fighting when he spit at LaVey during the filming of Rosemary’s Baby. LaVey placed a curse on him which resulted in the death of his Tate and their unborn child. The Polanski residence would also be alleged to be a place that was full of black magic and ritual sex. A detective once claimed:

“Half the weirdos, kooks and creeps in Hollywood were hanging out there”.

Claims of strange gore-filled videos and orgy-sex were also supposedly going down at the Polanski residence (although no films have been found – allegedly still held by authorities). One time an interviewer asked Charles Manson about the murders and his then strange response was:

In Doris Day: Her Own Story, Terry Melcher (son of Doris Day and the owner of 10050 Cielo Drive at the time) said:

“…Murders had something to do with the weird film Polanski had made, and the equally weird people who were hanging around the house. I knew they had been making a lot of homemade sadomasochistic-porn movies there with quite a few recognizable Hollywood faces in them. The reason I knew was that I had gone out with a girl named Michelle Phillips, one of the Mamas and Papas, whose ex-husband, John Phillips, was the leader of the group. Michelle told me she and John had had dinner one night, to discuss maybe getting back together, and afterward he had taken her up to visit the Polanskis in my old house. Michelle said that when they arrived there, everyone in the house was busy filming an orgy and that Sharon Tate was part of it. That was just one of the stories I had heard about what went on in my former house.”

Years after the Tate-LaBianca murders, Polanski pled guilty to raping a 13-year old at Jack Nicholson’s home before fleeing to avoid serving time: 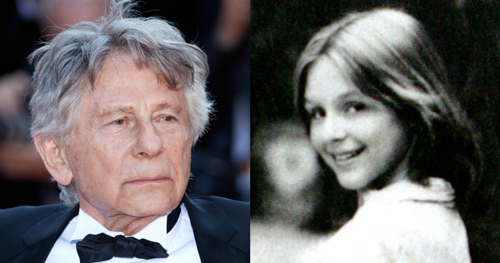 “In 1977, Polanski was arrested and charged with raping a 13-year-old girl named Samantha Geimer. He subsequently pled guilty to the charge of statutory rape. He was released from prison after serving 42 days, and as part of an apparent plea bargain, was to be put on probation. When he learned that the judge had changed his mind and planned to reject the plea bargain, he fled to Paris before sentencing.”

This seems to back up the idea that Manson floated in which Polanski was into pedophilia, but we don’t need to rely on a cult leader to learn the truth; just take it direct from Polanski himself:

Polanski’s problems didn’t stop in the 1970s; as reported by the New York Times:

“In August (2017), a woman in Los Angeles, identified only as Robin M., came forward at a news conference to report that Mr. Polanski had sexually assaulted her in 1973 when she was 16.
At the time, Mr. Braun said in a statement that Mr. Polanski’s reaction had been ‘I don’t know what this is about.’
In 2010, the British actress Charlotte Lewis also accused Mr. Polanski of abusing her sexually when she was 16. Mr. Polanski has been living in exile from the United States since fleeing the country in 1978 on the eve of his sentencing in the Geimer case.”