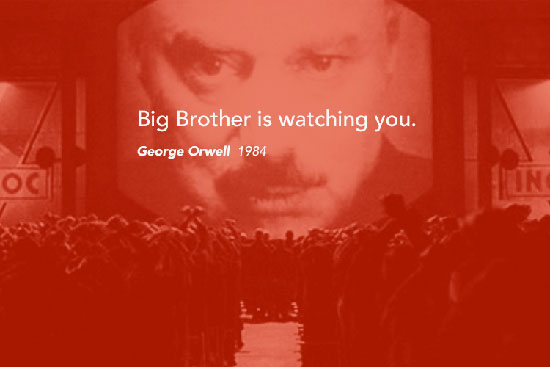 George Orwell’s 1984 is a classic book depicting a populace ruled by a political regime that persecutes individualism and independent critical thinking as “thoughtcrimes” that must be enforced by the “thought police.” This party seeks power above all, and, through the propagandist Ministry of Truth, presents the people with their version of truth. Sound familiar?

Within the past few years, so much information has come out contradicting the mainstream rhetoric. Election fraud, as made evident by Wikileaks, is one example, and false flag terrorism, with 9/11 being the perfect example, is another. The elite has been thriving off of shaping our perception about events to justify their actions in response to these events, all while manufacturing them in the first place. Perhaps one of the best examples comes from 2016, when the Pentagon was caught paying a PR firm more than half a billion dollars to create fake terrorist videos.

Russian President Vladimir Putin has also called out the desire by the elite for a New World Order, which would see the “powers that be” use “imaginary and mythical” threats to control us.

“The statesmen will invent cheap lies, putting the blame upon the nation that is attacked, and every man will be glad of those conscience-soothing falsities, and will diligently study them, and refuse to examine any refutations of them; and thus he will by and by convince himself the war is just, and will thank God for the better sleep he enjoys after this process of grotesque self-deception.” Mark Twain.

Keep in mind, this just pertains to geo-politics; there are several other examples within the health, food, education, finance, and other industries. We live in a world of manipulation and propaganda, handed down to us by the global elite, who would like us to believe this is simply a conspiracy theory.

Now can you see the correlation between our modern day world and 1984?

Recently, Gizmodo.com reported that Amazon sold out of 1984, and within recent days it occupied the number one spot on Amazon’s best-selling books list. The rapid sell-outs of the book were also reported by mainstream media outlets like CNN, only they tied it to Trump’s administration. The New York Times reported that this started when Kellyanne Conway, an adviser to Donald J. Trump, used a turn of phrase that struck some observers as reminiscent of the dystopian world of 1984.

This is clearly just another attempt by mainstream media to smear Trump. This was not done at all with Hillary because she is backed by the elite. Any opportunity they have to smear Trump, they’ll take, that being said, he makes it easy for them to do so. Neither are fit to be president.

This, unfortunately, is what politics has become a cesspool of corruption completely devoid of a suitable leader to choose from. Any leader worthy of the name is ignored, because guess who controls our attention? Mainstream media and the handful of powerful people who run it. We saw this with Dr. Ron Paul all three times he tried to run for president.

It’s ironic because the move toward tyranny, and a ‘big brother’ type of state, which desires a heightened national security state, a watchful eye on citizens, and an enormous amount of propaganda to shape our perception of events happening around the world while, at the same time, encouraging us to continually consume, is and has been in the works well before Donald Trump.

The agenda has been an American-dominated global empire where a tiny minority of people control and own all aspects of our everyday lives, from water, GM foods, minerals, and everything else worth owning in this world.

We must understand why Trump was demonized by the mainstream media, beyond the fact that he made it easy for them to do so. He has made plenty of sexist, narcissistic, racist, and other statements that have offended many, but the fact remains that Hillary Clinton was the ultimate representative and puppet for the American establishment, which seeks to control the populace through various means, and is leading many people to believe that the country is heading toward a state of complete tyranny.

Author Richard Dolan puts it quite well:
“If you are concerned about fascism coming to America, don’t look for a fist pounding demagogue. Look instead at a government that can read every email you have ever written, GPS you at any time, know your internet habits better than you do, surveil you literally wherever you go in any major city, and use your information against you if they decide, however loosely, that you are an enemy of the state. That is fascism, and the U.S. has been living that bipartisan nightmare for 15 years. Thank you George W. Bush. Thank you Barack Obama.

Trump might make that situation worse, or he might not. But without a doubt his rhetoric has spoken directly to those who feel left behind by globalization, to a middle class that has been effectively disemboweled over the last generation, in which economic hope has all but evaporated. ˮ

Trump has played to that part of the electorate, and only time will tell whether or not he is sincere, or can deliver.

Whoever these people are, and the agenda they are pushing, it’s clear that Trump, despite his power and privilege, is not in the same boat as the Clintons, Bush, or Obama.

At the end of the day, the real “menace of our Republic,” as former New York City Mayor John F. Hylan put it, is the “invisible government, which like a giant octopus sprawls its slimy legs over our cities, states and nation.”

It is the “little coterie of powerful international bankers [who] virtually run the United States government for their own selfish purposes,” controlling both parties and the majority of newspapers and magazines. “They use the columns of these papers to club into submission or drive out of office public officials who refuse to do the bidding of the powerful corrupt cliques which compose the invisible government.”

According to CNN, 1984 also saw a spike in sales during 2013 when leaks by by Edward Snowden made NSA surveillance a huge international story.

Who knows, perhaps Trump is also a part of this agenda after all, there can be disputes and disagreements among the elite, too.

The Orwellian State Has Been Growing for a Long Time 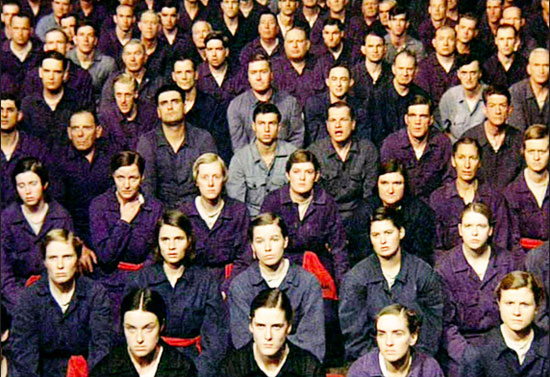 The state described in George Orwell’s books has been in the works for a long time, and for the past few decades, political parties have not existed to secure the will of the people. Theodore Roosevelt, former President of the United States, was another among many who tried to warn us that both parties have strayed from their original purpose:
“From these great tasks both of the old parties have turned aside. Instead of instruments to promote the general welfare, they have become the tools of corrupt interests which use them impartially to serve their selfish purposes. Behind the ostensible government sits enthroned an invisible government, owing no allegiance and acknowledging no responsibility to the people.ˮ

For mainstream media to tie Trump to this book is ridiculous, given the fact that the power that’s controlled the presidency for so long is clearly the correct comparison.

What Can We Do About It?

The good news is that more and more people across the globe are starting to wake up to all of the misinformation being spread on a daily basis, and that includes the agenda of those behind it.

Even a decade ago, the mass populace was not as aware that all is not as it seems, and as a result of this mass awakening, our perception, our thoughts, our collective consciousness is beginning to shift. We no longer see the world the way it has been presented to us, and we are starting to realize that simply waking up to all of the propaganda that surrounds us is creating big problems for the global elite. The very first step to changing a problem is to first recognize that problem, and we are still in that process.

Having worked in this field for almost a decade, it’s quite amazing to see what’s taking place, and how many people are having those ‘ah-hah’ moments. The quest for world domination does not sit well with the citizenry, and democracy has become nothing but an illusion, with political parties serving the interest of their ‘owners,’ not the people.

The more people recognize what’s really happening in our world, the more people will take a stand and do whatever they can to change it. This is happening now, in several different ways, and it starts with “you and meˮ.

The more we try, and the more we ‘wake up,’ the closer we get to actions and ripple effects that will change our world.