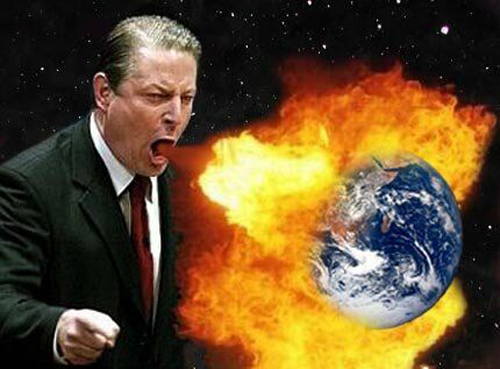 “When you see a problem defined as ‘a threat to all humans’, you can be sure Globalists are using that fake or real problem to impose control on all humans.” – alternative media journalist Jon Rappoport

With the election of Donald Trump, climate change and global warming have come back into the spotlight. In a different way.
“The science is settled” isn’t good enough now.

Neither is the Globalist plan to cut energy production in every country in the world, in order to “rescue us from frying”.

“Donald Trump will be about the only head of state who does not believe in climate science or the responsibility of his government to act,” said Michael Brune, executive director of the Sierra Club, quoted by LA Times.

But all along, there have been dissenters from the manmade global warming; they just haven’t been allowed inside government portals.

Freeman Dyson, physicist and mathematician, professor emeritus at Princeton’s Institute for Advanced Study, Fellow of the Royal Society, winner of the Lorentz Medal, the Max Planck Medal, and the Fermi Award explained: “What has happened in the past 10 years is that the discrepancies [in climate change models] between what’s observed and what’s predicted have become much stronger. It’s clear now the models are wrong, but it wasn’t so clear 10 years ago… I’m 100 percent Democrat myself, and I like Obama. But he took the wrong side on this [climate change] issue, and the Republicans took the right side…” (The Register, October 11, 2015)

Green activist James Lovelock, who once predicted imminent destruction of the planet via global warming, said: “The computer models just weren’t reliable. In fact, I’m not sure the whole thing isn’t crazy, this climate change.” (The Guardian, September 30, 2016)

And these are but a tiny fraction of the statements made by dissident scientists who reject manmade global warming.

The science is only settled in government circles where leaders have climbed on board the Globalist plan to undermine economies all over the world by grossly lowering energy production, as a way to “reduce warming”.

One of the major warming hustlers is, of course, Al Gore.
Consider facts laid out in an uncritical Washington Post story (October 10, 2012, Al Gore has thrived as a green-tech investor):

“In 2001, Al was worth less than $2 million. By 2012, it was estimated he’d locked up a nice neat $100 million.
How did he do it? Well, he invested in 14 green companies, who inhaled — via loans, grants and tax relief — somewhere in the neighborhood of $2.5 billion from the Federal government to go greener.

Therefore, Gore’s investments paid off, because the Federal government was providing massive cash backup to those companies. It’s nice to have Federal friends in high places.

For example, Gore’s investment firm at one point held 4.2 million shares of an outfit called Iberdrola Renovables, which was building 20 wind farms across the United States.

Iberdrola was blessed with $1.5 billion from the Federal government for the work which, by its own admission, saved its corporate financial bacon. Every little bit helps.

Then there was a company called Johnson Controls. It made batteries, including those for electric cars. Gore’s investment company, Generation Investment Management (GIM), doubled its holdings in Johnson Controls in 2008, when shares cost as little $9 a share. GIM sold when shares cost $21 to $26 — before the market for electric-car batteries fell on its head.
For a while, the going was good. To make it go good, Johnson Controls had been bolstered by $299 million dropped at its doorstep by the administration of President Barack Obama. 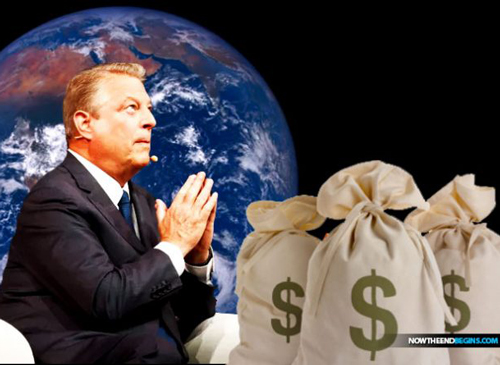 On the side, Gore had been giving speeches on the end of life as we know it on planet Earth, for as much as $175,000 a pop. (It isn’t really on the side. Gore was constantly on the move from conference to conference, spewing jet fumes in his wake.) Those lecture fees can add up.
So Gore, as of 2012, had $100 million.

The man has worked every angle to parlay fear of global-warming catastrophes into a humdinger of a personal fortune. And he didn’t achieve his new status in the free market. The Federal government has been helping out with major, major bucks.

This wasn’t an entrepreneur relying exclusively on his own smarts and hard work. Far from it.
How many scientists and other PhDs have been just saying no to the theory of manmade global warming?

A letter to The Wall Street Journal signed by 16 scientists just said ‘no’. Among the luminaries: William Happer, professor of physics at Princeton University; Richard Lindzen, professor of atmospheric sciences at Massachusetts Institute of Technology; William Kininmonth, former head of climate research at the Australian Bureau of Meteorology.

And then there was the Global Warming Petition Project, or the Oregon Petition, that just said ‘no’. According to Petitionproject.org, the petition has the signatures of ‘31,487 American scientists’, of which 9,029 stated they had Ph.Ds.

Global warming is one of the Rockefeller Globalists’ chief issues. Manipulating it entails convincing populations that a massive intervention is necessary to stave off the imminent collapse of all life on Earth. Therefore, sovereign nations must be eradicated. Political power and decision-making must flow from above, from ‘those who are wiser’.

Al Gore is one of their front men.
He jets here and he jets there, carrying their messages. He’s their delivery kid.
And for his work, he is paid $100 million — a drop in the bucket.”

A final note about the “science” of global warming 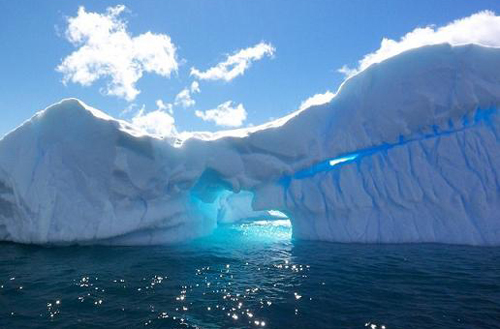 A hypothesis is a provisional statement that remains to be confirmed through experiments.
Confirmation means making a correct prediction. Not just any prediction, but a useful one.
Take this hypothesis: The Earth has become warmer by X degrees over the past 1000 years.

Putting all the chatter aside, have scientists deployed this hypothesis to make accurate, specific, and useful predictions about warming? So far, the answer is “no”.

That eliminates, for the time being, the acceptance of the warming hypothesis. Many predictions have been made, many alarm bells have been rung, many dire warnings have been issued, many threats have been launched… but no correct and useful predictions.

However, scientists will say their (rejected) hypothesis is also a statement of fact. That is, it is a summary of a warming trend derived from thousands of measurements of temperatures, now and in the past, on land, sea, and air.
Scientists will also claim their investigation reveals humans have directly and significantly contributed to a recent warming trend.

At this point, we are leaving the method of hypothesizing and predicting, and moving to a debate about the accuracy of all those temperature measurements and the causes of any actual climate changes.

Among scientists, there is a great deal of disagreement about the accuracy of the measurements. Any fair examination of studies and their critics will reveal that.
In this regard, the science is not settled. Far from it.

So: useless as a hypothesis, the assertion of manmade warming, as fact, is wide open to debate. To say the least.
Yet… based on this non-proof, Globalists want all national governments on the planet to commit to lowering energy production by a significant and destructive percentage in the next 15 years – “to save us from a horrible fate.”

Their real agenda is clear: “The only solution to climate change is a global energy-management network. We (the Globalist leaders) are in the best position to manage such a system. We will allocate mandated energy-use levels throughout planet Earth, region by region, nation by nation, and eventually, citizen by citizen.”
Yes, citizen by citizen.
This is the long-term goal. This is the Globalists’ Holy Grail.
Slavery imposed through energy.

Author and Activist Explains the Link Between Vaccination and Eugenics