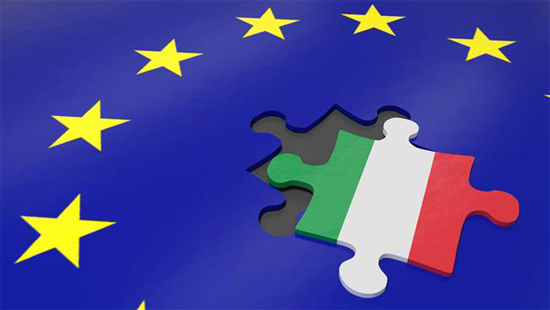 Italy has begun the process of exiting the failing European Union by replacing the Euro with its very own sovereign currency.
The move has sparked fears across the EU of an imminent “Italexit” which EU ministers fear will be the final nail in the coffin for the European Union.

Express.co.uk reports: “The complex plan has the approval of the European Central Bank.
Among the parties backing it is Silvio Berlosconi’s Forza Italia, which has enjoyed an astonishing comeback in the polls.
The revelation comes as Martin Schulz, the leader of Germany’s Social Democratic party who is tipped to become Chancellor Angela Merkel’s deputy, called for the creation of a United States of Europe by 2025.”

Italy’s current parallel fiscal currency, known as Fiscal Credit Certificates (CCFs), gives workers and businesses tax breaks to boost income and productivity.
Although not legal tender, everybody can use them to pay taxes, buy government services or exchange them for goods or euros.

According to a report by global analyst GEFIRA, “It is highly likely that commercial operators, such as shops, will accept CCFs as an alternative to the euro.
They can be used as a parallel currency.”

Independent Member of the European Parliament, Diane James, said: “If Italy does manage to leave the single currency, it is only a matter of time until it formally leaves the EU and the whole house of cards comes crashing down”.