The Federal Reserve is a thoroughly Jewish scam organization, created from the start in order to extract as much money out of Americans as possible.

While it isn’t a government agency, but rather a private bank, it was still granted the power to control the United State’s monetary policy. This means that these people can determine how much money will be created, and thus hold the government hostage.

They’ve used this power to pressure the government to adopt policies pleasing to the Jews, like globalism, essentially by blackmailing the ruling administration.
And they’ve already made it clear that they’re going to do everything they can to prevent Trump from succeeding with his nationalist reforms. 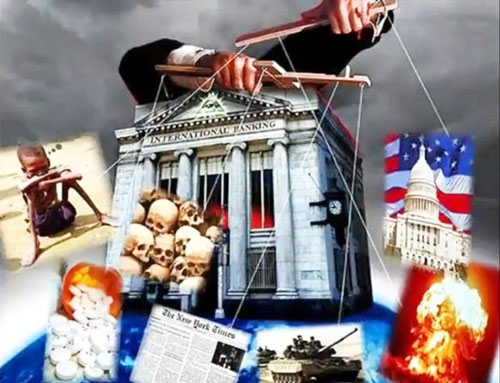 Trying to stump the Trump? Seems like we’re finally seeing the end of the Fed, then.

Business Insider reports:
“Almost all Federal Reserve policymakers thought the economy could grow more quickly because of fiscal stimulus under the Trump administration and many were eyeing faster interest rate increases, minutes from the central bank’s December meeting showed.

The minutes, released on Wednesday (January 4, 2017), showed how broadly views within the Fed are shifting in response to President Donald Trump’s promises of tax cuts, infrastructure spending and deregulation.

Such changes could boost inflation and might set the stage for a confrontation between a president seeking to boost economic growth and the Fed, which is tasked with keeping the economy from overheating.”

They’re transparently saying that Trump’s plan will be successful in boosting the US economy, and consider that a problem. Their “solution” will be to raise interest rates, in effect starving Americans of money.
This is obviously going to make the economy tank, as it’s always done in the past. 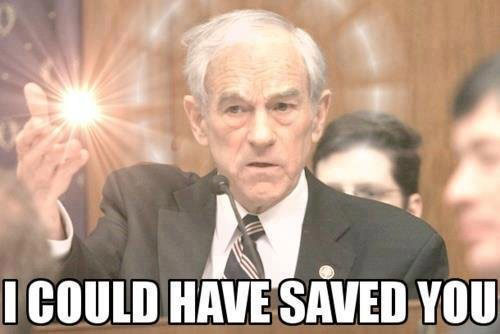 We should have listened.

Since the Federal Reserve isn’t a government institution, there isn’t much that Trump can do to counter this, short of stripping the Fed of it’s ridiculous privileges and replacing it with something sensible.

And the Donald did threaten to do just that.

It seems these fools didn’t get the message. If they had played nice, and cooperated, Trump would have no real practical reason to dismantle them. But if they make it impossible for him to succeed, they will be crushed like all his other enemies have been crushed.

The central bank’s policy-setting committee unanimously raised interest rates in December 2016 by a quarter of a point and policymakers signaled a faster pace of rate increases in 2017 than previously expected. That was seen as the Fed’s first reaction to Trump’s victory in the presidential election.

But the minutes showed policymakers might signal an even more aggressive path of rate increases if inflationary pressures increase. Trump campaigned on promises to double America’s pace of economic growth and “rebuild” the country’s infrastructure.

In other words, they’re already making threats.
“If you adopt all these nationalist policies and start propping up the economy, we’ll make drastic rate hikes that’ll cause a crash, and everything will be blamed on you.”
A perfect plan. And they would have gotten away with it, too, if it wasn’t for this one weird trick: 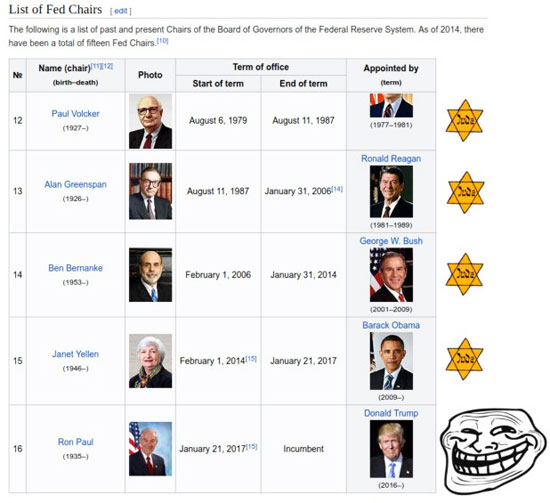