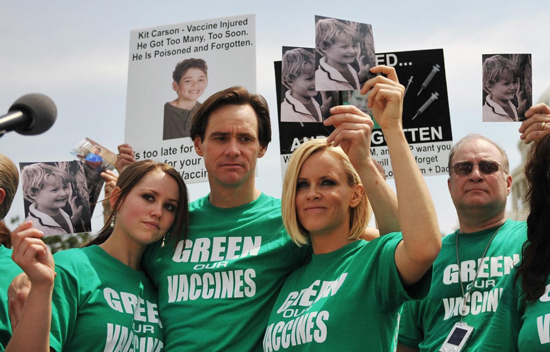 Jim Carrey allegedly isn’t a big fan of Apple’s new Face ID program. The controversial technology has been the source of much discomfort for those who defend the basic rights after Apple revealed just what it can do.

Actor Jim Carrey even warned Apple that he will never use their products again and he isn’t alone. According to Your News Wire, Carrey said that Apple’s new iPhone Face ID technology will be used by the global elite to “enslave humanity” and usher in a totalitarian New World Order.

The Face ID technology could be used by police to violate rights by unlocking a person’s phone without their consent. But there’s another more sinister use for the Apple’s Face ID: easy mass spying.

Face ID should create fear about another form of government surveillance too. And this one is a rights violation of every person on Earth: mass scans to identify individuals based on face profiles. Law enforcement is rapidly increasing their use of facial recognition; one in two American adults are already enrolled in a law enforcement facial recognition network, and at least one in four police departments have the capability to run face recognition searches. This could make Apple the target for a new mass surveillance order.

Jim Carrey allegedly said at the Toronto Film Festival, “If George Orwell wrote 1984 today, it would have been about tech companies ruling over a totalitarian state instead of communists, the stores would be called ‘town squares’ and the phones that you are forced to buy would read your face.” Carrey was promoting the Netflix documentary Jim & Andy: The Great Beyond.

But recently Jim Carrey gave another prophetic interview which ruffled the feathers of at least few others in Hollywood. He first circled an E! News reporter a few times, before answering her questions with cheerfully blunt philosophical statements. Carrey said, “There is no me” and “There are just things happening and there are clusters of tetrahedrons moving around together.” Although that’s an odd statement for an A-list Hollywood actor, Jim Carrey is known for his comedy.

According to Carrey as reported by Your News Wire, Apple’s new Face ID technology will fall into the wrong hands and lead to deeply troubling times in the near future. 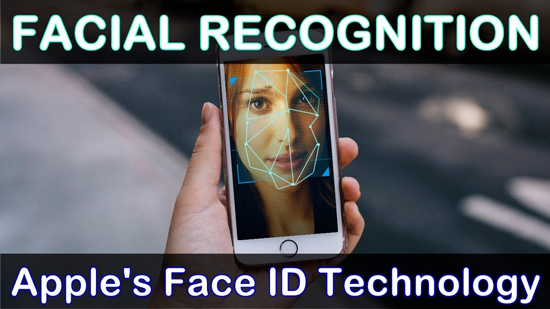 “You can guarantee this same tech will be used – by someone – to identify protesters, to figure out if you’re depressed or manic – and how to cash in on that. Same family of technologies will be used to classify you – right or wrong – as a criminal or a terrorist – or what your sexual orientation is. I’m not saying Apple will. But I am saying that this is increasingly doable and will be done by the people you don’t want doing it – the people who are driving us towards a New World Order” said Jim Carrey.

Carrey also allegedly pointed out that Face ID is merely the “latest step on the march towards total surveillance.” Invasive surveillance has been around for years, from monitoring employee productivity to running consumer behavior studies and other forms of market research. And Apple just made that invasive surveillance much easier to do en masse.

The government could issue an order to Apple with a set of targets and instructions to scan iPhones, iPads, and Macs to search for specific targets based on Face ID, and then Apple would provide the government with those targets’ location based on the GPS data of devices’ that receive a match. Apple has a good record of fighting for user privacy, but there’s only so much the company could do if its objections to an order are turned down by the courts. And the government is already looking into how this could benefit them, but are hiding behind the guise of “privacy”.

“What’s wrong with a password that I and only I store up here?” Carrey supposedly said, tapping his head. “No cloud-based storage is necessary. You know they want to read your thoughts. The idea of a password is anathema to them. How dare you keep a secret from them! The global elite think your secrets are a threat to them. Secrets are lies. I wake up in the morning and sit and have my coffee and look out at my beautiful garden, and I think to myself, ‘Remember how good this is. Because the privacy of the individual, private property, personal dignity… there are powerful forces working to take it all away from us.’
Only when they can read our thoughts will they stop. And by then it will be too late. They will have total power.”

Almost everyone who has read about Apple’s new Face ID technology is wary of it.

Note: Many are claiming that Jim Carrey didn’t actually say anything about the New World Order and it’s being made out to be “fake news”. No video could be found as evidence of Jim Carrey talking about Apple’s Face ID.