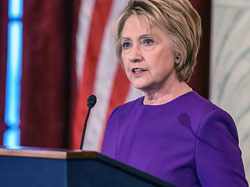 They kept telling the American people Hillary Clinton was going to win the election; and in every way they could think of, they told the American people this was a good idea. Then, on election night, they – the media – crashed. The results came in. The media went into deep shock.

As protests and riots then spread across America, the media neglected to mention a) they’d been bashing Trump because he said he might not accept the outcome of the vote, and

b) there were large numbers of people on the democrat side who weren’t accepting the outcome of the vote.

A new campaign had to be launched.

Suddenly, on cue, it was: Hillary Clinton lost because “fake news” about her had been spread around during the campaign.

Fake news sites. That was the reason.

These “fake sites” had to be punished. Somehow. They had to be defamed. Blocked. Censored.

Here is an excerpt from a list of “fake news” sites suggested by one professor. The list is circulating widely on the web: Project Veritas; Infowars; Breitbart; Coast To Coast AM; Natural News; Zero Hedge; The Daily Sheeple; Activist Post; 21st Century Wire .

Free speech? Bill of Rights? Never heard of it.

Obama put in his two cents: “ Because in an age where there’s so much active misinformation and it’s packaged very well and it looks the same when you see it on a Facebook page or you turn on your television… If everything seems to be the same and no distinctions are made, then we won’t know what to protect .”

“We won’t know what to protect?” Meaning what to favor, what to promote, what to lie about? Meaning only some speech is free?

Obama is way, way behind the curve. Thousands of websites and blogs have been exposing major media as fake for years. For example, nomorefakenews.com is online since 2001.

If Google, Facebook, and Twitter keep expanding their censorship of “ disfavored messages” they’re going to pay a price. More and more users will go elsewhere.

The facade of the major media is getting thinner. You can see a glow of rage and resentment behind it. They’re desperately looking for revenge on the millions and millions of people who are deserting them and laughing at them.

All that is going away. Bye, bye. 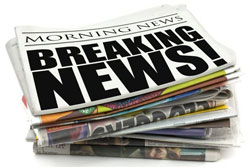 The big shift is accelerating. Independent media are in the ascendance. Understand that. Recognize it. The impossible is happening. Fake news sites? Please… The major media are the biggest fakes the world has ever seen. Their anchors and star reporters are bloviating cranks. They’re dinner-theater actors.

Over the years, they have been warned of their coming troubles. They were miles away from believing it. Now, they’re starting to sweat blood.

Major media news for America is still basically manufactured in New York and Washington – plus occasional outbursts from Hollywood creatures who bemoan the decline of inclusive liberalism, as they expand their gun-toting security staffs and dig deeper bunkers. The New York – Washington axis exists in a self-serving bubble, which has now taken serious punctures. The delusional attacks against “fake sites” underlines how out of touch these elites are with the rest of the country.

Independent media outlets are winning. They won’t be stopped.

When the people who now head the tech giants were growing up, they were heralding the Internet as a new era of free information-exchange. But now that they find themselves working with the government in the Surveillance State, they’re fronting for censorship. In fact, they’re showing they were never for freedom. That was a pose all along. They were, from the beginning, agents of repression. They can try to stop independent media now, but they will fail.

Fake web sites? What about fake companies? What about Google, Facebook, Twitter? Behind their happy-happy messages, they were built to propagandize, profile, and control.

Understand this: major media have a rock-bottom article of faith. It is: “ We own the news.”

They can’t give it up. They’ll never give it up. It fuels everything they do. It’s the substance and core of their attitude. As their ship goes down below the waves, they’ll be chanting it. “We own the news”.

But they don’t. In truth, they never did. For a time, they managed to sell that delusion to the people. That time is drawing to a close.

The elite political class and their media minions fear more than independent news countering their own news. For obvious reasons, every civilization down through history has had its own monopolistic media, its central “broadcasting system”. Its controlled outlet. But now, The One has become Many.

That is the threat. The rapid proliferation of The Many is an unpredictable X-factor. The population is waking up to decentralized media. Instead of the hypnotic attachment to one basic information source – the habit of a lifetime – the public is learning to handle multiple sources. Therefore, the hypnotic spell is being broken and dissolved.

This is the basic problem for the elites.

How can they reinstate the trance?

By trying to censor the Internet? By creating a sudden war or other disaster, briefly “unifying” the country? These are not permanent solutions, particularly since more and more people understand such maneuvers and their true aims.

Awake is awake. Putting the genie back in the bottle—particularly when major media denizens aren’t very bright, as evidenced by their latest “fake news” scam – is on the order of trying to perform a piece of stage magic after the audience has already learned how it’s done. 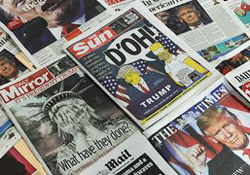 Of course, the media clowns will try. And in the process, they’ll further expose themselves and actually assist in the awakening.

The effort to shut down the alternative media following the election victory of Donald Trump is kicking into high gear.

On November 16, 2016 PolitiFact declared it would “ fight back against fake news” and produced a hit list of alternative media sites.

Blacklisted News is included on a list compiled by a site created specifically to target alternative media the establishment wants eliminated.

Targeted news sites include Activist Post,Consortium News, the Corbett Report, Global Research, the websites of Lew Rockwell and Paul Craig Roberts, WikiLeaks, and many others. A few sites on the list are in fact fake news websites and others satirical.

The targets are diverse politically, from the alt right websiteDrudge Report to the more progressive Consortium News and Counterpunch.

It should be noted PolitiFact is a creation of the corporate newspaper the Tampa Bay Times and is regularly accused of political bias. The site boasts it won the Pulitzer Prize, a clear indication of its establishment status.

Prior to the PolitiFact effort, a website called Is It Propaganda Or Not surfaced. It posted a list of “fake” news websites and claims the Russians are involved.

Some assess that this overall Russian effort is at least semi-centralized, with multiple Russian projects and influence operations working in parallel to manage the direct and outsourced production of propaganda across a wide range of outlets… There are varying degrees of involvement in it, and awareness of involvement. Some people involved seem genuinely unaware that they are being used by Russia to produce propaganda, but many others seem to know full well.

Democrats claimed the Russians were meddling in US politics when it became obvious Donald Trump actually had a chance to win the White House. There is virtually no evidence the Russians had anything to do with the outcome of the election, the hacking of the DNC, and even less evidence it is nefariously exploiting American and European alternative news websites to push propaganda.

This is part of a concerted effort to eventually deny “fake news” websites access to the web or at best relegate them to a far corner not reached by corporate search engines and more importantly eschewed by advertisers.

The corporate media no longer controls the news cycle. The propaganda it receives and reports from the government is now critically analyzed and debunked on social media within minutes. Millions of Americans no longer watch the corporate alphabet news networks or read corporate newspapers. In May 2016, Pew Research reported 62% of US adults get their news from social media. Reddit, Twitter, Facebook, and Tumblr are more influential than the New York Times, The Washington Post, and other corporate establishment newspapers and websites. 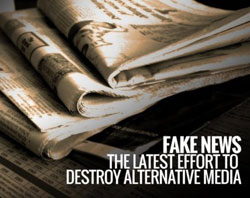 It remains to be seen if Google, Twitter, and Facebook will take more draconian measures to shut down alternative media posts and links to websites targeted by the establishment. A transfer of the Internet’s Domain Naming System now underway also may threaten sites the government says are fake or foreign propaganda.

How do we fight back against this? First and foremost, Facebook and Twitter must be reminded they have a responsibility to the First Amendment and the free exchange of ideas.

Facebook et al. are, of course, privately owned corporations and as such can deny service to anybody they want. The vast majority of the names of the fake news hit list, however, are legitimate news websites. Blocking access to them is not only a terrible public relations move, but also reveals they are tools for government coercion and censorship.

Finally, corporations are sensitive to public opinion and how that reflects on their bottom line. A large number of people emailing Google, Facebook, Twitter, and other social media platforms and expressing their opposition to the targeting of alternative news may have an impact on what ultimately happens.