Medical Fake News is the Mt. Everest of Fake News 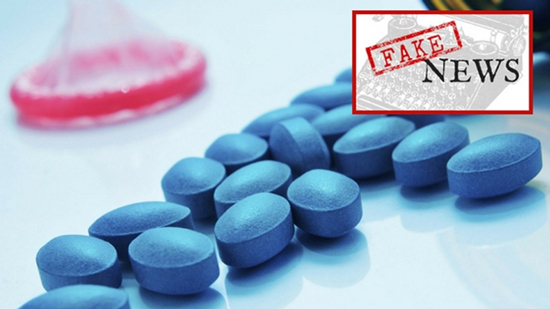 Deep medical fraud and the destruction of health: this was the subject that prompted me to exit the news business.
As I probed deeper into that swamp, I found editors running away from my story-pitches. They didn’t want to go there. It was too scary. Too threatening to the status of their newspapers and magazines.

Lesson learned in the late 1980s: if you want to go deep, go independent.
I never looked back.
Here are three examples of going deep:

ONE: Proponents claim a vaccine stimulates a person’s immune system to produce antibodies, which are immune-system scouts.
This is supposedly a rehearsal. The immune system gets a chance to respond to a “test run”, so that when the real disease hits, the immune-defense will be ready and will knock out the disease quickly.
Except there are many diagnostic tests for disease that look for antibodies, and if antibodies show up, the doctor tells the patient he has the disease.
It’s absurd.

Antibodies from a vaccine=immunity, they say. Same antibodies produced by the body in response to a germ entering the body=illness, they say.
On top of this insanity, antibodies are only one component of a very complex immune system. The production of antibodies doesn’t guarantee a person’s whole immune system is in good shape.

In 1987 I queried the FDA about the development of an HIV vaccine. Here is what I was told: if a vaccine was ever deployed, it would produce antibodies to HIV and the person would be given a letter to carry around with him in case he was ever tested for HIV.
The letter would say, this person is immune from HIV. The antibodies are an indication of immunity, not disease.

You see, the two standard diagnostic tests for HIV were the Elisa and the Western Blot. They both tested for antibodies. If a person tested positive, he was told he had AIDS.
But if the SAME antibodies were produced by the vaccine, he’d be designated immune from AIDS.
No, that couldn’t be, you’d say.
Yes, it could be and was.

TWO:
Obamacare is about control, so it’s an answer to the prayers of the medical cartel.
So what do we know about their mainstream medicine, the hospital-based drug-addled modern version?
On July 26, 2000, the Journal of the American Medical Association published a landmark review by Dr. Barbara Starfield (Johns Hopkins School of Public Health), titled Is US health really the best in the world?
In it, Starfield revealed what many people inside the medical establishment already knew: every year, like clockwork, the medical system was killing huge numbers of people.
Each year in the US, as Dr. Starfield reported, there are:
– 12,000 deaths from unnecessary surgeries;
– 7,000 deaths from medication errors in hospitals;
– 20,000 deaths from other errors in hospitals;
– 80,000 deaths from infections acquired in hospitals;
– 106,000 deaths from FDA-approved correctly prescribed medicines.
The total of medically-caused deaths in the US every year is 225,000 (a conservative estimate).

This makes the medical system the third leading cause of death in America, behind heart disease and cancer.
In the wake of Starfield’s devastating report, other facts came to light: 2.1 million people in America, every year, are hospitalized as a result of reactions to FDA-approved medicines. Annually, 36 million serious adverse reactions to those drugs occur.
So, inclusive health coverage for many more Americans under the Obama Plan means these horrendous figures will rise.
This is the dirty secret.
Obama and his allies were promoting a medical system that is the third leading cause of death in America. It’s that stark and it’s that simple. 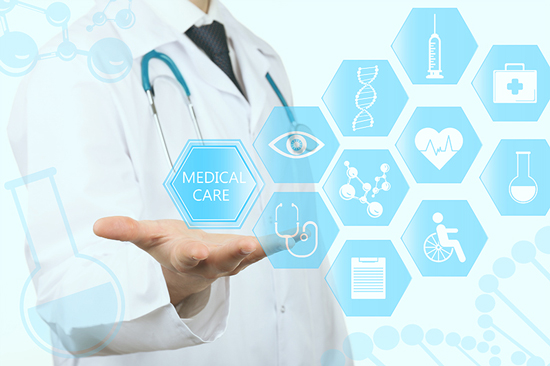 THREE: The gold standard test for disease diagnosis is called the PCR.
Example: ABC New York reports (in Mount Sinai patient likely does not have Ebola, health official says): “Testing for Ebola is done at the CDC. According to a CDC spokesperson testing for Ebola takes 1-2 days after they receive the samples. The primary testing is PCR. This is performed on blood that has been treated to kill and live virus [sic]. So far CDC has tested samples from around 6 people who had symptoms consistent with Ebola and a travel history to the affected region.”

But the PCR test is completely unreliable for a disease diagnosis. Why? Two reasons. First, technicians start with a tiny, tiny sample of genetic material from the patient. This sample is supposed to be part of a virus. It may or may not be. Mistakes can be made. Obviously, the techs want the sample to be viral in nature; otherwise, the diagnostic test will be complete bust.

But more importantly, the whole rationale for PCR is wrongheaded. Doctors and researchers only find a miniscule bit of hopefully relevant material in the patient to begin with. The PCR amplifies that bit many times so it can be observed. That’s the whole rationale behind the PCR.

But to consider the possibility that a virus is causing a disease in a patient, there must be huge numbers of that virus working actively in his body.
The PCR never establishes that.

Finding a tiny, tiny trace of viral material in a patient says absolutely nothing about whether he is ill, has been ill, or will become ill.
The PCR test is an irrelevant bust and a lie.

Those are just three examples, out of many, where “going deep” gets you a strange stare and glare from medical editors at newspapers and magazines.
They run away. They disappear. They huff and puff and turn red in the face. They do whatever they can to let you know you’re no longer welcome in their presence.
It’s fun. I used to enjoy pitching stories like these to the guardians on the watchtower of truth. Their various reactions were priceless. I used to call it “watching the egg crack”.

And it’s instructive. You find out where the boundaries are. You learn, in your gut, how shallow and fear-ridden the mainstream news business is, behind its pompous front.

You discover what “going independent” really means. That’s very important. Because if you’re going to leave the fold, your commitment to what you’re writing has to become relentless.
Fortunately, I discovered “relentless” was right up my alley.
It makes a cloudy day turn sunny.

Since those days when I made my exit, I’ve watched many reporters I know stop being reporters. Some of them went into real estate. Some started selling cars. Some became teachers at prep schools. Some landed jobs with partisan think-tanks and foundations.

And some are still around, turning out fake news like pancakes at a diner. Their faces are gray. They’re standing over their griddles like robots.
In off-the-cuff conversations, I told them they were making a mistake. They didn’t want to listen. I told them how vastly bored they would become.
They said it wasn’t a problem.

10 Effective Tips for Getting Rid of Negative Energy