Imagine you arrive home after work to discover a new microwave antenna tower stationed at the edge of your backyard fence? How would you respond?
1. If you’d had non-existent mobile phone reception for years prior (or if you were a techie hooked on faster downloads) then you might find reason to celebrate!
2. You might respond as an ambivalent disempowered citizen, “I really wonder about those things but there isn’t much I can do about this anyway.”
3. You may be in the growing group of empowered action-takers. You’ve either experienced microwave radiation sickness attributable to exposure or you’ve read books and articles on the topic which resonate with your own truth. 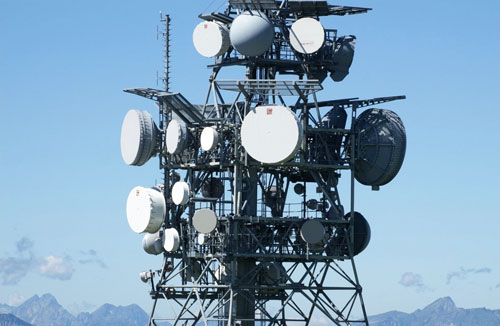 Out of Sight Does Not Equal Out of Mind

Now forget the antennas in the backyard. Rather, that same day you arrived home from work telecoms had erected a microwave antenna tower, 300 metres from your residence. They paid someone rent to place it in a stealth location, a church steeple, behind a shop rooftop façade or on a water tower tucked out of public view behind parkland. Or it might have been located entirely visible, say next to a highway. We are already seeing so many of these towers that they no longer register. Our innate sensibility has often numbed to them in the same way we can numb to catastrophe or violence through a constant diet of Hollywood and TV news.

Telecoms seek to irradiate a large area (coverage) and increase data rate by:

1. Multiple waveforms emitted (a variety of microwave frequencies generated and sent out through the ether via the antennas) – for instance the 700 MHz (0.7 GHz) band is highly penetrating (including through buildings) and is therefore especially effective used in conjunction with the 2600 MHz (2.6 GHz) band which has a high data rate (penetration + high data = happy telecoms and customers). Keep in mind these frequencies are used to cook flesh. The microwave oven you dropped off at the recovery area of the rubbish tip the other week runs at 2.45 GHz.

2. Turning up the “volume”, or microwave power density on the antenna array – in the same way we turn up the volume of our stereo. This is the same invisible stuff emitted by your mobile device and WiFi. In the above example, when the antenna tower was at the edge of your back fence (say 100 metres from your bedroom), you’d likely complain, “Not in My Back Yard!” When it is located 300 metres away and out of sight in council bushland there is no way for you to complain as you do not even know about it! Even if it is located on the side of a road you might not consider taking action, such is the distorted form of information passed on to the public (more on this later).

Distance is an important consideration per the Inverse Square Law for distance from source (of microwave radiation) – intensity α 1/distance2.

The Inverse Square Law applies similarly to devices. If you ever had a wireless emitting Telstra modem located underneath a couch you enjoyed lying on in the evening to read – not clever. No wonder if your sleep was chaotic during that time.

Transform your brain health by simply stretching out to arms-length and putting your phone on “speaker” rather than pressing it to your ear and literally “cooking” parts of your brain.

3. Working with trajectory and strategic location – there is an overlay strategy to eliminate “black spots”. One element that can assist (and hinder) this strategy is trajectory. If in the above example the tower 100 metres from your bedroom is at 50 metres elevation (note this is indicative software only) and you happen to live in a tenth floor apartment, then you could well be in the direct line of fire. If you were in a house on the ground floor the power density (or exposure levels) would not be as high. However, consider the side lobes that are the diagonal high intensity lobes dependent on antenna design/type. There is a myth that you are protected directly beneath an antenna array. Because of side lobes this is not the case, though you are less exposed than if you were directly in front of it.

The telecoms suggest the market is requesting faster data rates and eradication of mobile black spots. The suggestion is we want high-speed coverage everywhere.

Telecoms tell us the public is demanding faster rates on their devices and that is why they need to build more towers and turn up the power density. Do you want to download ten videos simultaneously rather than just one? We are a misinformed public with minds etched by PR and advertising. We are told of the benefits of a wireless world such as convenient communications, improved work efficiency, and safety devices.

The law of polarity holds that wherever there are benefits we find shortcomings. We do not hear that in 2009 over 300,000 Swedes indicated they are detrimentally affected by electromagnetic radiation. We are not presented the stories of thousands of Australians experiencing anxiety, headaches, brain fog and even heart palpitations, lost in an unreceptive, outdated and often derisive medical system. We aren’t informed of the snake-oil industries that have sprung up to ‘service’ the desperate.

Presently we as powerful individuals are not demanding faster downloads. There is a collective entity influencing and it can be difficult to create space to see. There are people who only switch on their phones for around 10-20 minutes per day. Not everyone can do this, and some may have a work-lifestyle that requires more connectivity. Why not experiment? The act of experimenting is an act of questioning the status quo. How low can you go?

Am I Being Rattled by Microwaves? 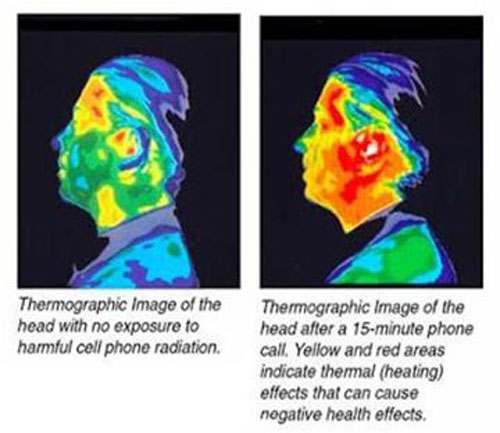 For those who have been feeling “off” for no apparent reason, with headaches, anxiety, a general “jitteriness” and irritation, insomnia and perhaps more extreme symptoms such as tingling in the extremities, brain fog and palpitations, the answer may be YES. Microwave radiation exposure is not the only contributor, however it’s one of multiple environmental factors.

How are things going in your life? Are there emotional contractions contributing to the cellular stress response? There is no space to heal if cells are overwhelmed by stress. Typically many of us have over-aroused nervous systems and cells literally never rest. It is unlikely someone at optimal health (physical/ emotional/ spiritual) will be experiencing microwave radiation sickness symptoms as their cells are freed-up to detoxify.

Have you experienced a recent zoonotic infection? Have you had recent tick or mosquito bites? Do you live near animals? Chickens? A pet dog? Rats in the house? Many individuals unknowingly have zoonotic bacterial infections such as Lyme-like infections (and many more). Medical professionals are particularly weak in the area of “new” bacterial infections, not only weak but also lacking interest (mostly – there are a few bright lights). Symptoms from over-exposure escalate significantly when the client is riddled with infections. Without addressing zoonotic infections, progress will be limited.

What about your living situation? Many had a WiFi modem running all night just two metres from their bed. Others left their mobile device running on their bedside table during the night. You can work to reduce the radiation burden with simple strategies. Sometimes multiple chemical sensitivity would come into the picture and you could work through that. You may also want to seek advice for radiation shielding alternatives, though always as a last option. Some peoples’ experience with those selling so called “solutions” were that many of those were “salesmen” rather than adept technically.

How do you see yourself as an empowered action-taker? It is those of us who have had our lives redirected by health issues who often become the change agents. How can you share your new awareness? Could you talk to teachers and parents at your child’s primary school or your local medical centre? Can you petition council to NOT put up the suburban tower? Might you have fun at home but with 8pm to 8am switch off? 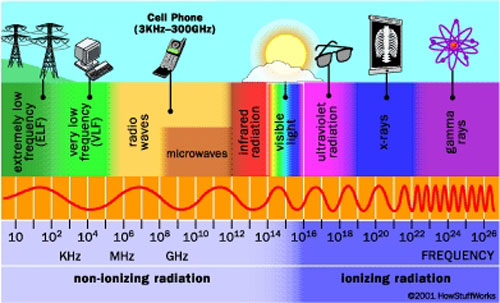 As you read these words you are exposed to background microwave radiation levels tens of thousands and in some cases millions of times higher than if you’d been reading this two decades ago. Many of you are completely healthy at physical, emotional and spiritual levels and undisturbed by these radiation energies, and this may continue to be the case. Some of you are now considering low-level “nagging” anxiety and insomnia may be related to microwave exposure as one of multiple factors.

We’ve presented for the action-takers the perspective of microwave radiation exposure as home-based, community based and national/ global. The antenna tower does not have to be visible or “in my back yard” to be affecting your family’s health. It (or they – multiple towers = stacked radiation levels) could be a kilometre away with the effects just as significant.

The microwave radiation now used for wireless communication derives from military sources. It was never designed for 24/7 exposure. The US Army understood the potentially devastating uses of microwaves including the agitation of the masses and mind disturbance. Unless we dig deep (and for some it was having the experience of a health decline correlating with increased exposure) we might remain hooked by the media-presented “benefits”. Let’s occasionally recognise the shortcomings of the wireless revolution and share this with our circle of influence. With the outlay of the hyper-powerful 5G just around the corner in 2020, as they say in the movies, “you aren’t seen nothing yet.”