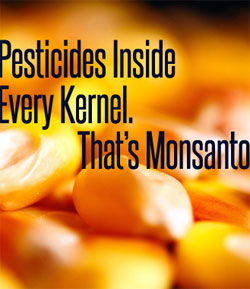 Their research is so eye opening that both of them have been confronted by Monsanto itself. It’s now apparent that Monsanto seeks to destroy any scientific research that conflicts with their agenda.

South Carolina University professor Vicki Vance has been engaged in conducting RNA research for nearly 30 years. She is beginning to see how multinational corporations like Monsanto control scientific academia through harassment and by wielding studies of their own. Now she feels that Monsanto is using their money and power to hide the risk of new forms of genetic technology that represent a conflict of interest.

In 2011, Vance attended a conference hosted by the International Life Sciences Institute (ILSI), which brought together EPA regulators, academic scholars and big players in the biotech industry. At the meeting, a new technique was discussed to protect crops against pests – RNA interference technology and the rewiring of crop DNA.

Vance introduced the event, as attendees presented an environmental risk analysis for RNA technology. The consensus was pro-RNA interference, seeing no risk: “No plausible risk hypotheses were identified that can be considered unique to RNAi [RNA interference] mechanisms when compared to other genetically engineered plants with similar traits.”

The consensus backed the technology, seeing it as a way to avoid excessive use of pesticides. “At the time I was like, «Yes it’s safe – how is this gonna be dangerous?»” says Vance.

Her views changed shortly after the conference, when she suddenly became the center of Monsanto harassment. 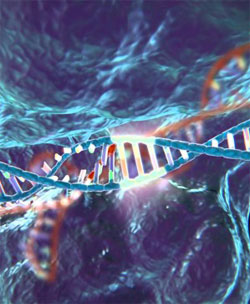 Three months after the ILSI conference, Vance discovered research led by Dr. Zhang of Nanjing University in China. The research showed that mice take up small RNA molecules when they eat genetically engineered plants. Furthermore, the research showed that the RNA technology actually interferes with mammalian genes, regulating their expressions.

Further investigation revealed RNA molecules in both mice and human blood tissue. One specific RNA molecule from rice proved to inhibit a protein that functions to remove bad LDL cholesterol from the blood. According to Zhang’s research, RNA interference technology could impact heart disease in humans.
The study was quickly suppressed by major science journals, including Science, Cell and Molecular Cell, which found Zhang’s study as being too extraordinary. It appears that scientific journals have vested interests of their own and refuse to upset the status quo of biotechnology.

Vance said that results like these “had never been reported before”.
“I mean, you’re eating a plant and taking in plant RNAs and they are regulating the expression of your genes?”
“When something really unexpected like that comes up, there’s always a lot of resistance”, she said.

Monsanto pursues its own study to directly discredit Chinese research

Monsanto went on to call Dr. Zhang at his Chinese office and discredit him further by collaborating with miRagen Therapeutics. The two conducted their own industry-led study showing no evidence of miRNA in the plasma of mice fed a rice diet. The RNA-altered LDL cholesterol levels were written off as invalid too in the Monsanto study. Why would Monsanto aggressively pursue Dr. Zhang and try to discredit him? A science journal, Nature Biotechnology, was quick to push the Monsanto-led study, stating that Zhang’s research is inconclusive, presenting negative findings. 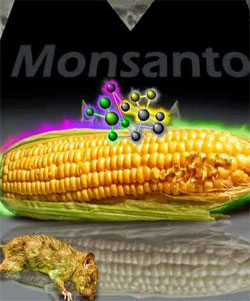 When Vance dove in to research RNA interference for medical purposes, she found similar results.
“We designed plants that make a cocktail of three human tumor suppressor RNAs and then fed those plants to mice”, says Vance. “We fed that to the mice once a day for 28 days. The tumor burden was significantly suppressed in the mice. We’re very excited about that. Seems like there’s huge potential here and our work suggests the Chinese paper was right.”

In her study, she showed how RNA interference proliferates in mammals, affecting their genes. She showed how this can be used medically to reduce tumors. When the technology is used to make plants insecticidal, there can be some serious consequences for human health, as the RNA is passed into the body where it can manipulate cellular functions.

When ILSI called Vance a year after the 2011 conference, the deputy director asked her to sign on as an author for the conference’s conclusions reporting that RNA interference technology is safe.
Vance refused, and, shortly after, Monsanto began to call her.

A year before Vance’s discoveries, Monsanto made arrangements allowing Vance to speak at the International Symposium of Biosafety of GMO plants. When they found out about her study, they disinvited her. Then, they began to call her and harass her about her studies. Monsanto attempted to send two scientists to Vance’s lab. They wanted to help her with the experiments, because their results didn’t line up with hers. They even told her that they hoped to get to her study before it was published.

“Most of our experiences with RNAi [RNA interference] and the risks that it poses have been done in a petri dish or on a sick person” he said. “With pesticidal RNA, the scale that we’re talking about, in terms of deployment… Genetically modified crops are planted on 9% of the terrestrial land surface of our country [USA]. That scale elevates the importance of understanding the risks that are imposed by RNAi technology. It may be safe, it may not, but we should understand that before large deployment is realized” Lundgren stated.