Once Upon A Time Long Ago Truth Was Important 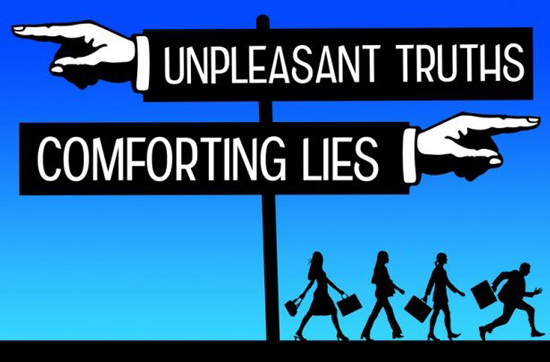 I wonder how many people, not just Americans but those in other countries, have come to the conclusion that the United States today is a less free and less aware society than the societies in the dystopian novels of the 20th century or in movies such as The Matrix and V for Vendetta. Just as people in the dystopian novels had no idea of their real situation, few Americans do either.

What are we to make of the extraordinary war crimes committed by the United States in the 21st century that have destroyed in whole or part seven countries, resulting in millions of dead, maimed, orphaned, and displaced peoples? Consider, for example, the latest Washington war crime, the illegal attack on Syria. Instead of protesting this illegality, the American media egged it on, cheering impending death and destruction.

During the entirety of the 21st century, Israel, Washington’s only ally – as contrasted with the European, Canadian, Australian, and Japanese vassal states of Washington’s empire – has continued with Washington’s support, protection, and encouragement the genocide of the Palestinian people. Essentially, all that is left of Palestine is a ghetto concentration camp known as Gaza which is routinely bombed by Israel using weapons and money supplied by Washington. When a bombing of Gaza is announced, those who claim themselves to be “God’s Chosen People” take their lawn chairs and picnics up on a hill overlooking Gaza and applaud as the Israeli military murders women and children. This is America’s only ally.

The crimes committed by the US and Israel are horrific, but meet with little opposition. In contrast, an alleged attack in which 70 Syrians are alleged to have died sets in motion the wheels of war. It makes no sense whatsoever. Israel routinely bombs Syrian targets, killing Syrians, and the US arms and supports the “rebels” that the Obama regime sent to overthrow Assad, resulting in large numbers of dead Syrians. Why all of a sudden do 70 Syrians matter to Washington?

According to the Washington authorities, or to the presstitutes’ reports of their statements, two or three alleged Syrian chemical weapons facilities were destroyed by Washington’s missile attack. Think about this for a minute. If Washington bombed or sent missiles into chemical weapons facilities, a vast cloud of lethal gas would have been released. The civilian casualties would be many times higher than the claimed 70 victims of Assad’s alleged and unsubstantiated chemical attack used as the pretext for the Trump regime’s war crime against Syria. There is no evidence whatsoever of these casualties.

Had there been casualties, Washington’s attack would obviously be a far greater crime than the chemical attack that Washington used as cover for its own crime. Yet the American presstitutes are crowing over the lesson that America has taught Syria and Russia. Apparently, the American media consists of such immoral or moronic hirelings that the presstitutes are unable to comprehend that an attack by Washington on Syrian chemical weapons plants, if such actually existed, is the equivalent of an attack on Syria with chemical weapons.

As I wrote when I was a Wall Street Journal editor, if Washington had just announced that it had bombed the chemical weapons facilities of another country in punishment for that country’s alleged use of a chemical weapon, the Journal’s reporters were sufficiently intelligent to ask where are the victims of Washington’s chemical attack on that country? Are there thousands of dead people from the chemical gas released by Washington’s attack? Are the hospitals of the country over-filed with the injured and dying?

If a reporter had brought to us a story that was nothing but a Washington press release claiming obviously impossible happenings, we would have told him to go look again and ask the obvious questions. Today the NY Times and Washington Post put the unsubstantiated report on the front page.

Today reporters no longer have to check sources, because there is no longer journalism in America. When the Clinton regime in compliance with the Deep State that made the Clintons super-rich permitted 90% of the independent and diverse US media to be concentrated in the hands of six political companies, that was the end of journalism in America. All we have now is a propaganda ministry that lies for a living. Anyone in American journalism who tells the truth is either immediately fired or, in the case of Tucker Carlson at Fox News, is set upon by outside presstitutes in an effort to force Fox to replace him. I wonder how long before some woman pops up and claims Tucker Carlson sexually harassed her.

As far as I can tell, the United States is now a police state in which all information is controlled and the population is trained to believe the propaganda or be accused of lack of patriotism and consorting with terrorists and Russians.