Pizzagate: The Video That Will Change Everything You Thought You Knew 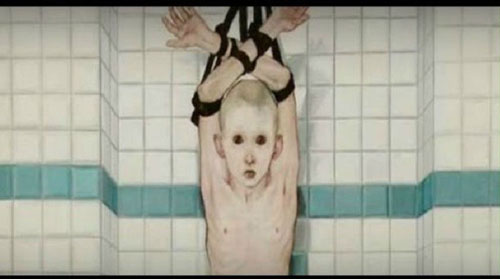 Pizzagate first started when WikiLeaks released a batch of John Podesta’s emails in November 2016. Reddit users and others broke down alleged code words used in the emails such as “pizza” and “cheese” all well know code words for human trafficking.

Not only that, the Pizzagate theory also shows that restaurants in the same vicinity as Comet Pizza all use pedophile symbols in the logos of various organizations.

Scroll down for video breakdown of Pizzagate

We present a short video that presents shocking facts in the Pizzagate scandal that you might not know. It also connects John and Tony Podesta to the disappearance of Madeline McCann, who went missing in Portugal on the 3rd of May 2007. The Podesta brothers show an uncanny likeness to the police sketches published in Guardian in 2013.

The WikiLeaks emails also found the Podesta Brothers were invited to “Spirit Cooking” by performance artist Marina Abramovic. Abramovic is known for her satanic like rituals involving blood and semen amongst other weird things.

If that wasn’t enough, there is also the art work. Podesta seems to be a massive fan of artist Biljana Djurdjevic, who’s work focuses on what seems to be children being tortured or lying lifeless or dead.

Regardless of what the mainstream says about Pizzagate, there is something not quite right, we can see this by the “fake news” media assault on independent websites, with the likes of Hillary Clinton decrying “fake news” sites in her speeches.

Not only that, we maybe also starting to see false flags with the Comet Ping Pong shooter that was found to have an IMBD profile. So what the next step will most likely be, is the Elite will use the Ping Pong Shooter as an excuse to shut down alleged “fake news” sites and stop any possible investigation into the Pizzagate saga. One thing we do know is, as long as free speech and uncontrolled independent media is available, they will not be able to shut this down.