Prehistoric Advanced Civilization: Is This The Evidence?

“Condemnation without investigation is the height of ignorance.”
Albert Einstein


Here’s a very, very brief overview of a vast catalogue of evidence suggesting that advanced civilizations and extraterrestrials at least have existed.

Buildings and artefacts from archaeological sites have revealed the existence of superior technology from the ancient past suggesting there had been advanced super-civilizations. Were these monuments created by humans perhaps from a golden age, or was it the work of off-planetary visitors?

For instance, the amazing picture below shows the stones of an ancient temple ruin in Baalbek, Lebanon. 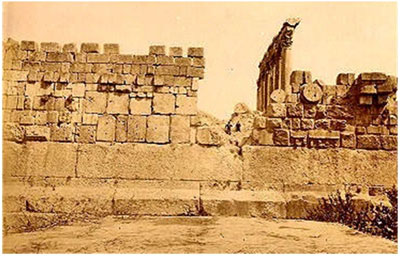 Notice how large the lower rectangular stones are compared to the two humans. Some of these stones weigh some 1500 tons or over! They predate the smaller Roman square stones piled on top by thousands of years. With a construction beyond the ability of modern-day engineering, this raises at least a few questions. In ancient times with “primitive people” and “primitive tools” how were the stones:
– Cut from the matrix rock?
– Moved an estimated half-mile to the above site?
– Laid down and stacked with such perfect shape and fitting?

Furthermore, why go through all that trouble, unless the ancients had found a way that made it a lot easier? 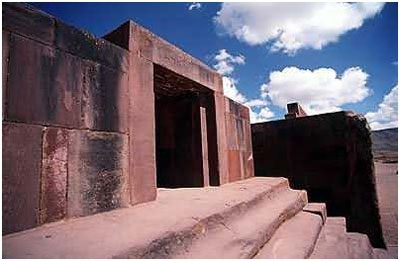 The same questions can be asked about many other monuments such as those making up the ancient city of Tiahuanaco in the Bolivian Andes dated 1100 BC. Some 100 ton stones can be seen in the great monoliths. Then there’s this. 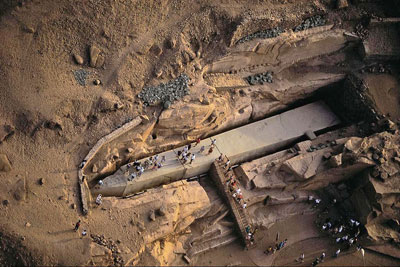 The above is a 42 meter, 1200 ton unfinished ancient obelisk found at Aswan, Egypt.

By far, the largest obelisk ever found. Its creators began making it directly from the bedrock, but the project was abandoned possibly due to detected flaws; cracks in the granite… 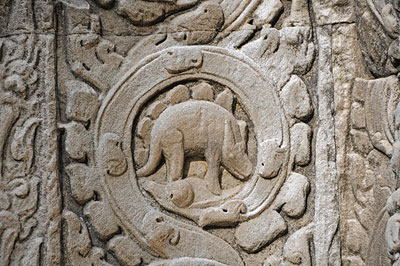 Many artefacts have been found worldwide contradicting what official ancient history tells us. Like the one above, found in a Cambodian monastery, Ta Prohmt at Angkor Wat, 1186 AD. Dinosaurs were not discovered until the 1880s and the above stegosaur, 1901!

…And while we’re on the subject… 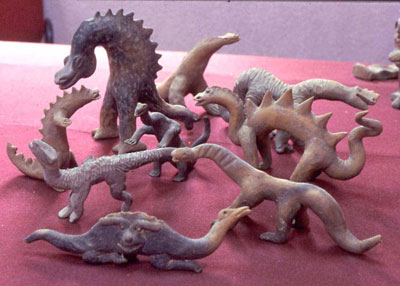 These small clay dinosaurs were found in 1945 by archaeologist Waldemar Julsrud in Guanajuato, Mexico, with thousands of other artefacts classed and dated as Chupicuaro pre-classic culture from 800 BC to 200 BC, but dinosaurs became extinct 65 million years ago!

Other findings include artworks of animals not indigenous to the area, such as those discovered on the Marcahuasi Plateau, Lima, Peru, dated around 10,000 years old. For examples, the artworks here include polar bears, penguins and African lions. 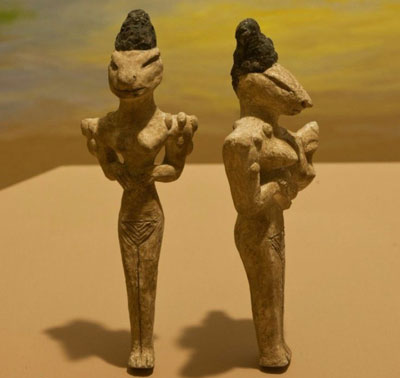 Amongst others of its kind this was found in the area where it has been said that the first ever cities were formed and the eventual Sumerian culture.

The Palpa Mountains (see below photos) 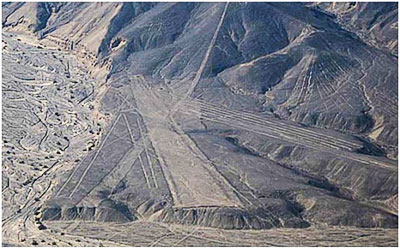 3,000 years old, at the Palpa and Rio Grande Peru area, it has been suggested that these flattened mountains may have been a form of ancient airport landing site or a place where the indigenous peoples gathered to please the gods in the skies…

Notice in the photos how straight the lines run, stretching across the valleys and mountains. Again, like the earlier ancient monuments it begs the question how were they made? Palpa Mountains it has not received as much attention as it should…

Out of all the features shown here, this section and the related research can get us most rapt with fascination.

Skulls like this have been found in Ica Peru and Merida Mexico. Anatomical differences compared to modern humans have been found in the eye sockets (15% larger) and you can see from the photos that the cranium is quite significantly greater. The cranial capacity has been estimated to be twice the size of human skulls. 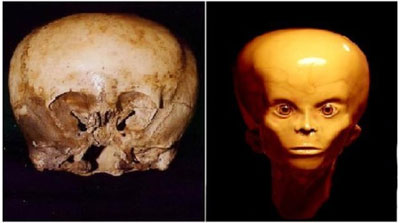 The above Starchild skull (later found to be an adult) was discovered in a copper Canyon 100 miles Southwest of Chihuahua, Mexico in1930. It dates back to 1100 AD.

Do you notice the physical differences comparing the Starchild to a human skull?
Claims have been made to debunk the Starchild skull on account that the abnormal size is due to ailment or deformities like hydrocephalus. However, Lloyd Pie disputes this supported with a study conducted by Dr Ted Robinson (2004): there have been disputes over the DNA. However, new evidence, a recovered fragment of the Starchild’s FOXP2 gene suggests non-human hybridization: 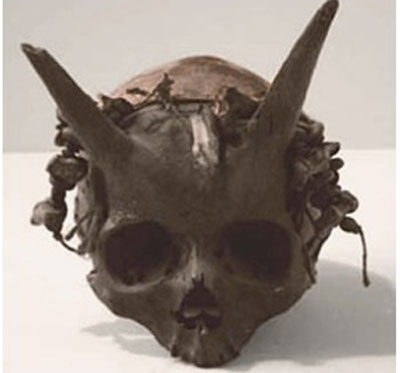 Several skulls of the above kind were found in the 1880’s from a burial mound at Sayre, Bradford County, Pennsylvania, USA. Apart from the obvious horn-like projections, everything else led the investigating Professors at the time to conclude with the other remaining bones that they were anatomically the same as humans.

However, these males, dated to have lived up to 1200 AD stood 7 feet tall and were considered giants. Unfortunately this cannot be authenticated or debunked by modern examination since all evidence related to this discovery has since mysteriously vanished. 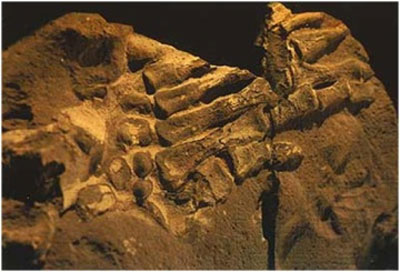 Found in Bogotá, Columbia, the bones making up the human hand had been fossilized in rock estimated to be about 125 million years old. This is far from being the only example where millions of year’s old fossilized human bones of various sorts and footprints have been found. As usual, mainstream media and academia turn their backs on these findings. 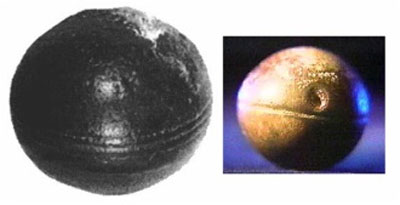 Here’s one of many truly amazing examples of high-tech excavated from prehistoric times! Spheroids were found in a silver mine at Western Transvaal, South Africa. Extracted from deep rock, around 1-4 inches in diameter, each spheroid has minute white fibers made of nickel-steel alloy not naturally occurring. The spheroids are estimated to be 2.8 billion years old by geological and radioactive isotope methods of dating. Even stranger, while sealed in a museum glass case, a spheroid is capable of slowly spinning on its axis independent of any outside intervention. If its thin shell is forced open it reveals a mysterious spongy material that turns to dust on exposure to the atmosphere.

Have the finds shown us the work of humans from lost advanced civilizations or off-planetary beings or maybe both?

At least some evidence here seriously challenges the official indoctrination: the assumptions held by mainstream media and academia that humankind is around 5,000 years old. As mentioned before, when it comes to education you’re only getting told what “the hidden powers that be” want you to be told.

To this end we hope that this article at least inspires you to keep questioning and enquiring. Have the courage if you feel it necessary to challenge mainstream media and academia and expose their obvious filtering of information.