Reporters tell the truth off the record: the fake news business 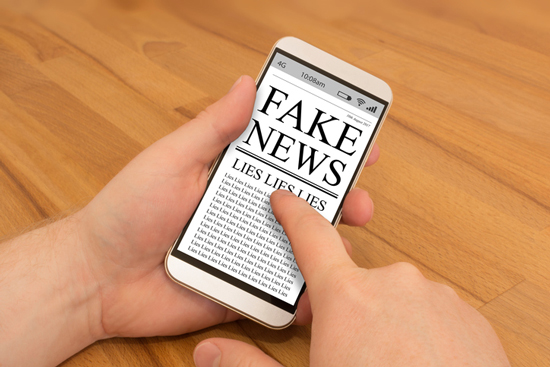 During my 34 years of working as a reporter, I’ve had many informal conversations with mainstream journalists. They were illuminating.
Here, from my notes (1982-2011), taken after the conversations, are what these guardians on the watchtower revealed:

ONE: “Investigative reporting has been dying. There’s no money for it. If I work on a piece for three months, while my paper is paying me, suppose at the end I come up dry? It happens. I can’t make my case. I’ve got nothing to show for it, and my paper is out whatever they’ve been paying me. They don’t like that. The other thing is, investigative work makes my bosses nervous. They don’t know where it’ll lead. Worst case, I might come up with something that’ll put the paper in a bad light. It’s like an intelligence agent in the field who wanders off the reservation. He’s got an assignment, but he sees something better, more important, and that’s where he goes. He ends up finding out something about his own agency. Something bad. I’ve seen that happen. A reporter finds out his own paper has been covering up a heavy scandal. It’s an intrinsic part of the story. What’s he going to do now? Go to his editor and tell him what’s going on? Chances are, his editor already knows. Now the reporter’s jammed up. He’s in a bad spot. A guy I know came to me with that exact problem. You know what I told him? Burn your notes. That’s what I said.”

TWO: “Most reporters who cover major issues are de facto intelligence assets. Some know it, most don’t. They’re all taking their information from controlled sources. It’s like somebody giving you talking points as if they’re the honest truth. In these talking points, you’re told who the players are in a story and what they’re doing. But they aren’t the important players, and what they’re doing is just a cover for what’s really going on. It’s all about misdirection. I’ve managed to get a few stories published about illusion vs. reality. But the thing is, no one follows up on that. It’s in print, and then it dies. One night, I had a little heart to heart with my editor. I told him it would be a lot easier if I just had a desk at the CIA in Langley. He agreed. He said we could move the whole paper there. But then the spooks would realize they didn’t need us at all. They could put out the paper themselves.”

THREE: “We’re in a business. We’re selling a product. That’s our role. If our bosses don’t like what we’re submitting to them, they let us know we’re giving them the wrong product. Our company makes product A and we’re giving them product B. Most reporters wouldn’t even understand what I’m saying, because they’re mentally in the camp of product A. That’s where they live. So as far as they’re concerned, they have lots of leeway. I don’t like talking to those guys. They’re dumb.”

FOUR: “I can write an article that’s critical of what a drug company is specifically doing, but I can’t criticize the company. If I did, my editor would read me the riot act. He knows if he published that article, his boss would get a visit from the company. They would threaten to pull their advertising. Everybody would be in serious trouble. There is a fine line. Sometimes, the evidence against a drug company is huge, and we can get away with a critical article. But most of the time, it’s a no-go area. I could lose my job. If I did, I would have a hell of a time trying to find another position on the same level. I might be subject to an industry-wide demotion.”

FIVE: “I thought I could quit working for my paper and get hired by somebody else, who would give me more freedom to write the stories I wanted to. I made a few quiet inquiries. Turned out I was wrong. They’re all pretty much the same. I could get hired by some small paper and write whatever I wanted to, but I would make very little money. I’d be screwed. They don’t cover this in journalism school.”

SIX: “Sometimes an order comes down. By the time I get it, it isn’t sounding exactly like an order. It’s more like ‘this is what we’re doing’. We need to go after a politician and bury him. That kind of thing. Nobody is complicit. You can’t find somebody and blame him for issuing the order. It’s vague enough that everyone escapes blame. And you don’t want to talk to your colleagues too much about it. You don’t want to be seen as making waves. It’s sort of like a game plan in football. You’re going to execute the plan. You’re not going to start talking about what a lousy plan it is.”

SEVEN: “I’m a guy who’s expected to put out baloney for our audience. I can slice it a few different ways, but it’s the same basic thing. After a few years, I can do it in my sleep. I know the routine.” 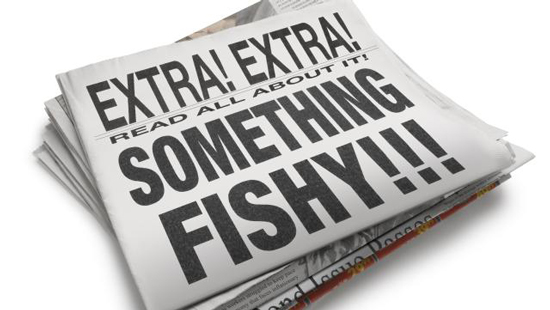 EIGHT: “You talk about who’s really running things behind the scene. I know something about that. But I can’t write it in a story. That would be called original research. I’m not allowed to do that. I can only quote authorities on two sides of an issue. And the guy I quote first – he carries the point of view of the story. The other guy is the doubter. I place him in the weaker position. I get to choose, but I already know what’s needed and required.”

NINE: “Reporters in my business have two choices. They can lower their IQs and become cynics, or they can maintain their intelligence and get booted out. That’s what it comes down to. Anybody with an IQ over 90 can see we have agendas. The whole business is agenda-driven. The main job of a reporter who wants to keep working is developing a cover – pretending he’s speaking the truth. This is a cover for his real identity. A guy who pleases his bosses. Several of us had the whole Bill Clinton-Monica Lewinsky story before it was published. We wanted to go with it, but we were told to sit on it. So it was our job to agree with that assessment. We had to pretend we didn’t have enough proof yet. We had the proof, but we had to make it seem like we were responsible journalists and needed more. The agenda was to protect ourselves from the wrath of the White House. That’s what the editors and the publishers were talking about among themselves. Sure – protect the president. But the real thing was the fear that he and his people would strike back at us and do us damage.”

TEN: “My decision to get out of the news business was pretty easy. I wanted to write a story about the influence of the Council on Foreign Relations on government policy, since World War Two. The way I was told to forget about it was like a cop talking to a drug dealer. All of a sudden, I was the bad guy. I really got into it with my editor. I saw what a phony he was. The thing is, I knew he had a cozy thing going with the CIA. Several people knew it. In my years in the business, I got a first-hand education in what selling out means. I came pretty close to the edge. There’s a weird adrenaline kick to it. You see your whole future laid out in front of you. It’s very rewarding, in terms of money and status. If you just play ball, it’ll be a smooth ride.”

ELEVEN: “What the teachers told me in journalism school was a load. All I needed was one honest talk with a professor, and I never would have bothered with the whole thing. I was naive. During my career, there were days I thought we were really on the right track. Somebody wrote a great piece, and it was published. But then we fell back. We put out provable lies. And they were big ones. It was like being psychologically whipsawed. A few great days, and a lot of bad ones. The worst thing for me was government sources. I was like a horse with a feed bag on, and they were filling it up with rotten food. They knew it, I knew it, and we just kept doing it.”

TWELVE: “I saw what I called ‘the inch-below’ thing. An inch below what we were reporting was the real story. It was about power players and what they were doing to make profit for major corporations. It kept coming up. Crimes. People should have been arrested. I could have written great stories. But nobody wanted them. I would have proved intent. I’m talking about wars. Not little stuff. Whole wars, and the money. The profits. In court, a lawyer could have taken what I had and made a great circumstantial case. The jury would have been convinced. When you can’t publish these stories, you sink into boredom after a while. Tremendous boredom. That’s why some reporters become drunks.”