Restaurant meals for kids found to be shockingly high in fat, sugar and salt while low in nutrition

A television expose reveals restaurant meals for kids contain extremely high amounts of fat, sugar, and salt, as reported by The Daily Mail.

The expose investigated some of the most popular restaurant chains in Britain. A family from Croydon, U.K. was sent by the television program Tricks of The Restaurant Trade, to four different high-street restaurants that were popular for being family-friendly and offered menus for children under 12 years old. The parents and their two children gave their opinions on the meals, while a nutritionist calculated the nutritional value of each meal. 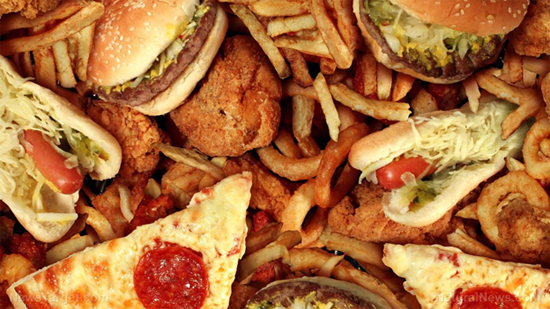 It was discovered that a single meal from several kids’ menus exceeded the recommended daily calorie intake of a child. Moreover, the foods had incredibly high levels of ingredients associated with obesity and heart disease. Also, the kids’ menus had minimal to zero nutritional value. Most of the menus prepared for kids did not suggest healthy choices at all and only gave minimal nutritional information on the food choices, while some did not even offer any vegetables.

“What’s really scary is that, without parents realizing, the calorie, sugar, fat, and salt content of these meals is almost unknown and it’s flying up,” Sophie Morgan, the show’s host, said.

Moreover, several restaurants made their least healthy menu appear more vibrant, fun and exciting, which made it hard for parents to choose the appropriate food option.

“It’s easy for children to get over-excited when they’re eating out and it’s difficult for parents to manage what they want to order. But in some cases it felt like kids were being incentivized to order the unhealthy stuff,” Morgan said.

In some restaurants, they offered replacing chips for a salad or a fizzy drink for a juice, yet water was not an option.

In addition, the investigation discovered that some chains described some of the products as hand-made, fresh, and home cooked, when in reality they were the opposites.

The soup from Pret a Manger, a sandwich chain, was made in a factory, which is contradicting to what the chain has claimed as “handmade.” The “home cooked” nachos by another restaurant were deep fried on the chain’s kitchen. Furthermore, the “fresh” pizza from Pizza Express actually came from a dough that had been frozen beforehand. Morgan called the practice as “misleading and manipulative.”

According to Richard Hyde, an associate professor of law at the University of Nottingham, the Food Standards Agency guidelines state that using such terms is legal as long as the cooking methods can be reproduced in a domestic setting. Foods that are labeled as “fresh” must simply not have been preserved in any artificial way.

“It’s fine if it’s an enticing trick to get you to buy; but once you put a premium on that hand-made product, and get people to pay extra for it, it becomes daylight robbery,” Morgan expressed.

These all contribute to the worsening childhood obesity in the United Kingdom. The situation in the restaurant industry needs to be addressed to fight obesity in children and adults as more people dine out frequently.

According to the latest data by the U.K.’s National Health Service, 9.6 percent of children are overweight by the time they start school – a 9.3 percent increase from the previous year. When the children reached the age of 10 and 11, one in every five or 20 percent of them were obese.

“Adverts for unhealthy foods have a significant impact on consumption habits, and we want to see immediate action to restrict junk food marketing at children, both online and on TV before the 9pm watershed,” Caroline Cerny, leader of the Obesity Health Alliance, said in a report by The Telegraph.

The complete results of the investigation and the restaurants involved will be released later this year, in October.