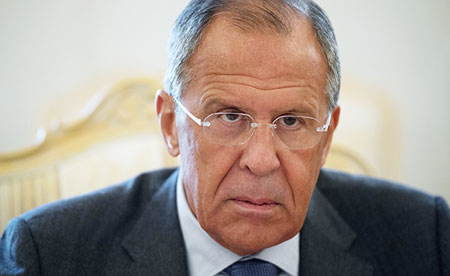 “If Mr. Netanyahu can just shut his mouth for at least a month, I think the world will be a better place.”

If you have been listening to Benjamin Netanyahu over the past few weeks, you know that he has been restless saying weird things, crazy things, and preposterous things. He never gets tired of perpetuating the same old lie over and over because he knows some foolish wimp will listen to him. He knows he can count on people like John McCain, Lindsey Graham, and of course Donald Trump.

Just a few weeks ago, Netanyahu declared that “Assad’s regime isn’t acting alone. Iran, and Iran’s proxy, Hezbollah, are there on the ground playing an active role assisting Syria. In fact, Assad’s regime has become a full Iranian client and Syria has become Iran’s testing ground.”

Throughout his speech, Netanyahu never mentioned the fact that Russia is also supporting Assad. In fact, had Russia failed to intervene, Syria would have almost certainly looked like Iraq or Afghanistan or Libya. Russia also presented serious documents which suggested that Assad had nothing to do with using chemical weapons in Syria. But Netanyahu skipped all that and focused his attention on Iran.

“What is happening in Syria,” he said, “simply demonstrates what will happen if Iran gets even deadlier weapons.” Complete nonsense. But whatever happened to Israel possessing hundreds of nuclear missiles? Would Netanyahu even allow international inspections? Can Netanyahu see that he is shooting himself in the toes by making crazy statements like this? Listen to this:

“Our hand is always on the pulse. Our finger is a responsible one and if needed, is on the trigger. We will always know how to protect our citizens and our country against those who come to injure us or try to attack us.”

There are some ideas that are so dumb that only Netanyahu would believe them, because no person with an ounce of common sense would put his moral and political life on the line by accepting them. What Netanyahu is basically saying here is that Israel’s finger is on the nuclear bomb, and they can detonate it at will. In fact, Israeli military historian Martin van Creveld said back in 2003:

“We possess several hundred atomic warheads and rockets and can launch them at targets in all directions, perhaps even at Rome. Most European capitals are targets for our air force…. We have the capability to take the world down with us. And I can assure you that that will happen before Israel goes under.”

But if Iran has the audacity to defend its interest in the Middle East and even in Syria, that’s an unpardonable sin? Does that make any sense at all? Doesn’t that suggest that the Israeli regime has been living in a fantasy world for time immemorial?

Well, even Russian Foreign Minister Sergey Lavrov seems to be tired of this fantasy world. When Netanyahu was running around saying crazy things like Iran is going to attack Israel, Lavrov basically told their regime to be quiet.

“We don’t have any information about anyone preparing an attack on Israel,” he said. “If they [Iran and Syria] cooperate in any field without violating the foundations of international law, then no one should question their cooperation.”

These 4 Foods Are Harming Your Eyes