Sensational Disclosures About the Secret Homosexual Agenda of the Global Freemasonry 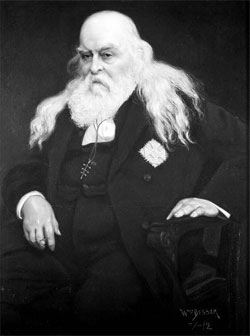 This article, first posted in 2009, inspired a “eureka” moment. Of course! This is why so many politicians are gay, why heterosexuality is being repressed and homosexuality and pederasty foisted on us instead. It explains why the elite is gay, and phallic obelisks are everywhere. Humanity has been inducted into a pagan sex cult. This involves “gendercide” – i.e. gender genocide.

Pike states that an initiate “commemorates in sacramental observance this mysterious passion; and while partaking of the raw flesh of the victim, seems to be invigorated by a fresh draught from the fountain of universal life… Hence the significance of the phallus.” (p.393)
Freemasonry’s Connection to the Homosexual Movement, by Heterosexuals for a Moral Environment

The malefic esoteric group known as Freemasonry (or Masonry) has been connected to homosexuality by a number of researchers. “Why?” you may ask. Albert Pike was Sovereign Grand Commander of the (Masonic) Scottish Rite’s Southern Jurisdiction from 1859-1891. He published a book called Morals and Dogma of the Ancient and Accepted Scottish Rite of Freemasonry in 1871. Citations from Pike’s magnum opus will be featured here.

Freemasons have a secret agenda

Like other esoteric groups and some fraternities, the Masons have secret doctrines and initiations. The homosexual agenda is hidden from the membership.

Now, as Pike mysteriously put it, Freemasonry “conceals its secrets from all except the Adepts and Sages, or the Elect, and uses false explanations and misinterpretations of its symbols to mislead those who deserve only to be misled; to conceal the Truth, which it calls Light, from them, and to draw them away from it. Truth is not for those who are unworthy or unable to receive it, or would pervert it.”

Instead of Masons stating their secrets secretly, they only obliquely impart them. Pike states: “What the Chiefs of the Order really believed and taught, is indicated to the Adepts by the hints contained in the high degrees of Freemasonry.”

Pike again: “The symbols and ceremonies of Masonry have more than one meaning. They rather conceal than disclose the Truth. They hint it only.” 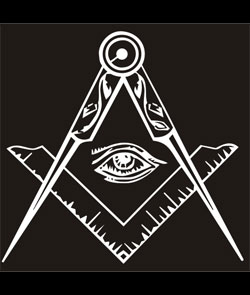 More: “We have hints, and not details… hints of the true objects and purposes of the Mysteries.” (The “Mysteries” are secret Masonic “Truths” and secret initiatory rituals.)

Pike speaks in enigmas because he can only hint at Masonic secrets. Masons take oaths not to reveal the group’s secrets. Upper-level Masons even keep secrets from lower-level Masons. According to Pike, a lower-level Mason “is intentionally misled by false interpretations [of Masonic symbols]. It is not intended that he shall understand them [the symbols]; but it is intended that he shall imagine he understands them. Their true explication is reserved for the Adepts, the Princes of Masonry.” Lower-level Masons are just dupes being used by the upper-level ones, the so-called “Princes of Masonry”.

Are Masons using their power and influence to try to spread homosexual “values”? In the following enigmatic words, Pike seems to be saying that Mason [adepts] engage in homosexual oral sex. He states that an initiate “commemorates in sacramental observance this mysterious passion; and while partaking of the raw flesh of the victim, seems to be invigorated by a fresh draught from the fountain of universal life… Hence the significance of the phallus.” (p.393)

As is his wont, Pike does not explain these words. For example, he does not spell out what he means by “this mysterious passion”. But elsewhere in the book he twice notes that phallic worship is a part of their “Ancient Mysteries”. 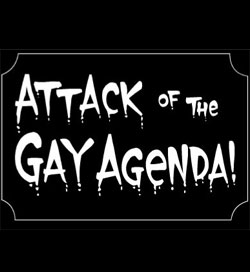 Now to return to Masonry – which, we should keep in mind – was an all-male group initially (only recently have the women been admitted in the Masonry, in separate lodges), Pike provides serious evidence of organizational sexism in Masonry via these words: “The love of woman cannot die out; and it has a terrible and uncontrollable fate.” As usual, he does not explain what he means by this startling statement (but the heterophobic meaning seems obvious enough).

Elsewhere he stated that “Christianity… gave to woman her proper rank and influence; it regulated domestic life”. In some circles, it is a common opinion, misguided or not, that Christianity, especially Catholicism, places women at a lower rank than men because women cannot become priests or bishops or cardinals or popes and because wives are supposed to be submissive or subordinate to their husbands, generally speaking.

In sum, while Pike does not explicitly declare that women are inferior to men, or that they are unworthy of love, but he does seem to strongly hint at that.

Freemasonry is a powerful force – it has infiltrated in all power structures and it exerts a malefic influence in America and in the entire world. The fact that this group is evidently biased against women and biased in favor of homosexual relationships should not go unnoticed, and neither should the fact this group is using its influence to try to impose pro-homosexual “values” on the public.

We’ll end with a quote from Masonic author Carl H. Claudy: “The real secrets of Masonry are never told, not even mouth to ear. For the real secret of Masonry is spoken to your heart, and from it to that of your brother [Mason]. Never the language made for tongue may speak it; it is uttered only in the language of the eye, in those manifestations of that love which a man has for his friend, which passeth all other loves, even that of woman.” Note those last four words.

The authorized Catholic exorcist for the diocese of San Jose has said openly at a lecture at Rutgers University that he’s exorcized many people who were raised in generational Illuminati families.

“I administer the rite sometimes to people who are ritual abuse survivors. Satanic ritual abuse is a real deal. It’s also incredibly criminal, illegal, and highly secretive. But these Satanic cults that are involved with the Illuminati are real, and they do function, and they’ve been functioning in some cases for hundreds of years.

They will kill people, they will sexually abuse everyone in the cult as a means of control, and they will sometimes go out and select people to perform human sacrifice on them. This is real. If you go to your local police department they will not talk about this openly but law enforcement agencies have had to deal with this on an ongoing basis. The occult is all a means to obtain power and special knowledge without God. The occult is not always Satanic but witchcraft, going to fortune tellers and being involved in the occult opens doors to demons.”

Fr. Thomas says he didn’t know anything about these things before he was taught about it all at the exorcist college for priests in Rome about six years ago. Catholic exorcists never work alone. They never begin the exorcism process unless two psychiatric professionals can find no medical explanation for the manifestations of demonic activity. Exorcisms are always performed by a “prayer team” of priests and seminarians.

The reality of the Illuminati generational network and the many Satanic organizations they control are acknowledged by the Catholic hierarchy. Several popes issued encyclicals condemning Freemasonry back to the 18th century.