The only way the Illuminati can ‘play God’ is to exert total control over humanity and full-spectrum dominance over planet Earth. 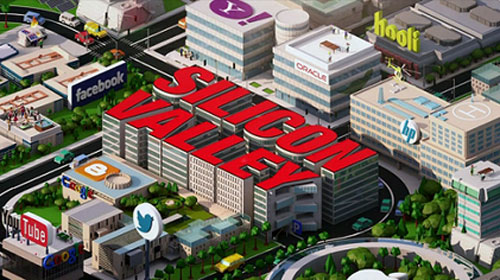 If the reader doesn’t know already, the entire planetary civilization is being insidiously taken over by a technocratic elite in collusion with the International Banking Cartel and their Illuminati overlords in the ultra-secret Black Nobility.

Known as the Sultans of Silicon Valley, each of the founders and current CEO/Presidents of both Big Tech and Big Social Media were carefully chosen by their true masters, as well as groomed by their current handlers, within the DARPA-CIA Complex.

It ought to be intuitively obvious to every mundane truth-seeker that every single whiz kid in the history of Silicon Valley is first and foremost a CIA agent, operative and/or contractor. This is how The Powers That Be (TPTB) exert complete control over the Sultans of Silicon Valley. Then, every move they make or don’t make can be coerced by fraudulently invoking ‘NATIONAL SECURITY’. In this way, all of them are held captive by those who truly control the Military-Industrial Complex.

In so doing, each of these Sultans of Silicon Valley was set up to be the founder and leader of their totally CIA-controlled enterprises as they take strict orders from ON HIGH concerning every major policy decision and strategic development.

Key Point: What follows is an excellent video that provides essential background information on Silicon Valley and especially it’s unknown history. This presentation clearly shows how nothing takes place in “the Valley” except by highly purposeful design. That design takes form according to a precisely created blueprint which is meticulously executed by the Pentagon, DARPA, C.I.A., NSA, DIA, FBI, DoJ and other covert institutions within the U.S. Intelligence Community.

The Secrets of Silicon Valley: What Big Tech Doesn’t Want You to Know

The back story of the preceding narrative is quite long and complex, and not the subject of this exposé. However, the crucial point is that each of these ‘boy wonders’ is merely a puppet in a high stakes scheme to fabricate an extremely efficient and efficacious Global Control Matrix. That supranational corporate entity is essentially the brain, nerve center and backbone used by World Shadow Government (e.g. Committee of 300) to oversee the running of the planet.

There are many institutional components of the Global Control Matrix, each with its own charter and/or mandate. For instance, the “5 Eyes plus Israel” are responsible for the spying and surveillance regime that currently exists wherever there is Internet. The Council on Foreign Relations serves its many international policy purposes just as NATO provides military muscle whenever ordered to.

The ultimate goal of this global project is to give the real masterminds the sense that they can rule humanity just like God… throughout this Earth plane of existence.

Because TPTB are incapable of divine omniscience, omnipotence and omnipresence, they are making a juvenile attempt to duplicate this Godly experience via their rapidly emerging worldwide technocracy.

This is exactly why the perps at the very peak of the pinnacle of the pyramid of worldly power care not a whit about the extreme dangers associated with the ongoing military deployment of 5G. 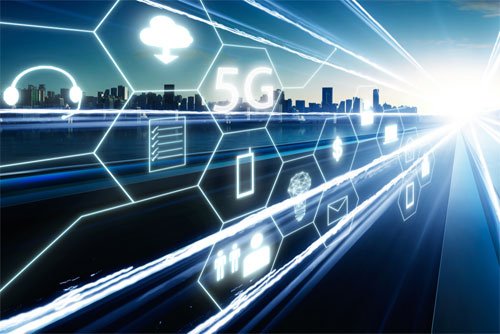 The new 5G power grid just happens to provide the necessary energy infrastructure which will sufficiently power up the very slowly manifesting Internet of Things. Just because the 5G roll-out will inevitably produce a slow motion Extinction Level Event (ELE) is of absolutely no concern to the control freaks at the top. See 5G Super- Hotspots: You better know where the “kill zones” are located!

Nor are the lower-level techno-pawns (aka the Sultans of Silicon Valley) the least bit concerned about the consequences of their exceedingly dangerous 5G implementation plans. They’re all paid very well, have HUGE homes, job security for the rest of the natural lives, etc. so they have very little incentive to abandon the slowly sinking USS IT ship.

What we’re really dealing with here is a fastidiously ponerized group of criminally insane psychopaths who will do anything to satisfy their masters at the top of the food chain.

Probably none of these “Sultans” know that they were painstakingly cultivated over many years to serve in the reprehensible roles they were selected for. Nevertheless, they do know how they were gifted with their valuable technology platforms and fully understand how they possess virtually no decision-making ability.

Being a low-level stooge is never any fun even when you’re a billionaire for life. Nevertheless, each and every one of them has been privy to so much ultra-classified information that they can never leave the DARPA reservation. To do so would seriously threaten their entire world of family and friends.

On the other hand, the Illuminati heads of the Black Nobility know exactly what they are doing, and determined to play God however and as long as they can. They are especially resolute to finalize their draconian Global Control Matrix no matter what the cost to people and planet. Individually and collectively, these bad actors represent the highly unfortunate marriage of extreme arrogance and ignorance to the great detriment of humanity and the biosphere.

The true predicament goes way beyond the few calamities discussed in this post. For example, the human race also has these to contend with on a daily basis: Extreme Dangers And Escalating Risks Humanity is Facing Today.

In light of this grim reality, the state of the collective consciousness will have to experience a major shift in the right direction for the necessary positive change to take place. It appears that such a quantum leap of consciousness can only transpire in the wake of some sort of cosmic event.

Those events have sometimes been called “The Phoenix Moment” – a time when the planetary civilization experiences a momentary crash and burn only to rise form its ashes.

You Are Not Your Mask

The Bizarre Case of the Electric Poltergeist Girl