Social Engineering: From the Constitution to Pathological Deep State Psychosis 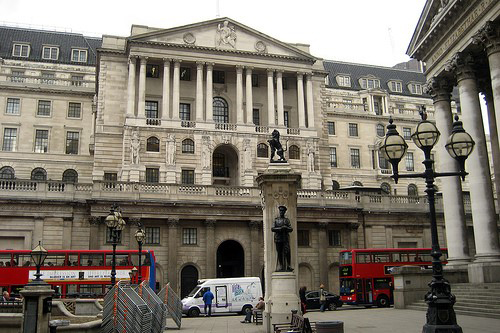 Rothschild’s Bank of England. Where Rothschild Financed Henchman Soros to Continue Implementing The Protocols of Zion Via the Inside Trading Scheme Broke The Bank Of England

Avoiding politics is a goal that the vast majority of brain damaged graduates of government schools share. For the average trained bottom feeder, parroting the “PC” (political correctness) script for acceptance into polite society is a prerequisite to achieve their distorted image for self-esteem. Testing the conformity boundaries needs to be avoided.

Playing the acceptance game, means that acquiescence is the default attitude. There is no room for critical discourse because the only valid positions are those assigned for adoption by the gatekeepers of political purity. And we all know what is in that Maoist Red Book of the 21st century, Cultural Revolution doctrine.

Thus, the progressive ideology is instructed in every aspect of popular indoctrination. Surely, this method of ossification cannot be healthy for any society, much less our union that purports to be based upon democratic principles.

A cornerstone of progressive liberalism rests upon the quicksand of dependency that Big Brother provides. Now that several generations have been spoon fed from the tainted mother’s milk of government addiction, the cows are lost on their way back to the barn.

Yet the echo chamber that shapes the pop broad-mindedness of the Looney Left rams the open loop of equivocation when the facts of the matter are exactly the opposite. 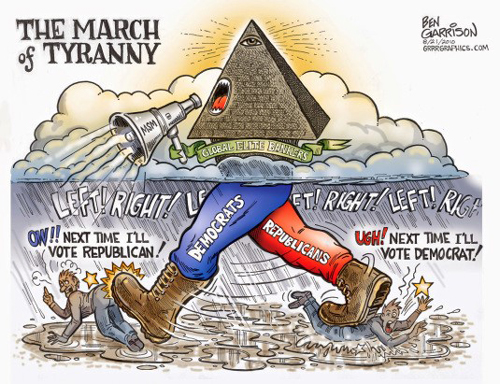 The NY Post dared to report that Science says liberals, not conservatives, are psychotic.
The American Journal of Political Science published a correction this year saying that the 2012 paper has “an error” – and those liberal political beliefs, not conservative ones, are actually linked to psychoticism.
“The interpretation of the coding of the political attitude items in the descriptive and preliminary analyses portion of the manuscript was exactly reversed,” the journal said in the startling correction.

“The descriptive analyses report that those higher in Eysenck’s psychoticism are more conservative, but they are actually more liberal; and where the original manuscript reports those higher in neuroticism and social desirability are more liberal, they are, in fact, more conservative.”
It should not surprise any sane person that this upside down world view is based upon a progressive agenda.

Why It Took Social Science Years to Correct a Simple Error About ‘Psychoticism’ by Jesse Singal provides an in depth analysis of the errors from this political disinformation. His remarks that “the American Journal of Political Science has beefed-up transparency guidelines, requiring its authors to provide ready access to replication data”.

That “will make it easier for the anonymous grad students of the future to discover potential problems – and harder for authors to ignore those problems”, looks like an attempt to provide cover for the ludicrous bias that academia has towards political analysis.

Read the Global Gulag Book Review on American Amnesia the Liberal Case for Government for additional proof on this subject.

Those same lost cows will not be coming home any time soon, because the routine of academic advancement requires an acceptance of ideologically conformity that is totally inconsistent with the basic and timeless goals of seeking the truth.

If demanding a rigorous orthodoxy to progressive doctrines is not the symptom of a defective mind, then maybe those who dismiss this assessment are an unwary part of this mind controlled cult.

For a compelling forecast on the American Gulag, the audacious author John Kaminski provides valuable insights.

“You don’t hear anybody talking seriously about peace anymore. Back in the 1960s all the lefties talked about was peace. Now all the lefties talk about is killing the president. Something really bad has happened to them between then and now. Now, there is no one on the political left who dares to defend the disappearing rights of the ordinary citizen against that ubiquitous foreign power that controls every aspect of our existence.

More people are beginning to notice that America has crossed the line into insanity. U.S. leaders openly murder foreign leaders of much higher moral character than themselves and blithely bomb women and children as a favor to the oil companies. Trust and truth have gone extinct as the fibers that hold civilization together begin to fray and unravel sure signs of our imminent demise.

Society has been fragmented, atomized, emulsified into an amorphous pond of toxic jelly in which we thrash around in pursuit of goals implanted in our brains by people and agencies who do not have our best interests at heart.

We are free-floating electrons bobbing around our neighborhood nucleus engaging in occupations practiced by humans. The family structure that gave such comfort to the world is largely gone now, replaced by a cold, gray, humorless praxis that keeps people at each other’s throats rather than in their hearts.”

This heartrending psychoanalysis is more professional than that provided by all those pseudo pompous and self-proclaimed scholarly doorkeepers for the establishment.
When the Michael Savage book, Liberalism Is a Mental Disorder was published, the uproar from the usual suspects was expected. However, absent from the fake news media was any serious attempt to refute the essential accuracy within the pages of his book.

A review states: “Through a compelling narrative of current trends and events, Savage chronicles the continued assault on the sacred pillars of American life (the U.S. Constitution, the Bill of Rights, the Ten Commandments, the Sanctity of Marriage) by the High Priests of Ultra-Liberalism and provides the remedy for freedom-loving Americans to effectively medicate the mental disease of modern liberalism and restore America’s former brilliance.”

Indeed, the repetitive true believers in The Theory and Practice of Mao are incapable of confronting the intolerant practices and consequences from adopting their collectivist model, which is fashioned on the Cultural Revolution. “The guiding policies and ideology of the Communist Party of China is summed up in a system of ideas generally known as Mao Zedong Thought; its source was the reality of the revolutionary movement as well as a distillation of the correct subjective ideas of the masses and it developed precisely in the course of changing reality.” 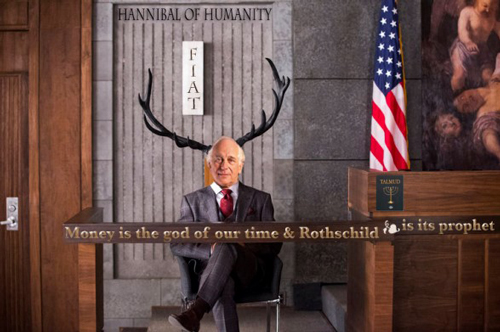 This formula is certainly a disease and Michael Savage is correct in calling liberalism a mental disorder. The pathological aspect of progressive politics rests upon the narcotic of idolizing the authoritarianism of the all controlling state, while preaching the universality of some mythical expectation in equality.
The black conservative, Ken Blackwell writes in the War on The Truth: It’s a Progressive Disease: “Under the influence of ‘progressive’ fanatics, we’re suffering from a progressive pathology that’s tearing our nation apart.
Truth is, by definition, objective and universal. Rejecting this fundamental principle leads people to do ‘what is right in their own eyes,’ as the Bible puts it, and enables them to play fast and loose with the rules.”

Paul Roebling answers the question in Are Liberal Beliefs a Form of Mental Illness? as follows: “American liberals tend to act more like a cult than a political movement. Cult members are not aware of how they are being manipulated. American liberals do not want a ‘liberal’ approach to government in the classical sense of that philosophy. Instead, what American liberals seek is a totalitarian dictatorship in which their radical agenda oppresses all Americans.”

America is a sick society. Inch by inch and little by little the progressives have reduced the courage and intensity of sound minded citizens into accepting a Totalitarian Collectivism government. With the diminishment in common sense, the brutal long march of the Maoist [Talmudic – the rage against moral values] apparatchik model imposes their malady for the nation.