Cui bono? – “Who benefits?” – is the first question an experienced detective asks when investigating a crime. 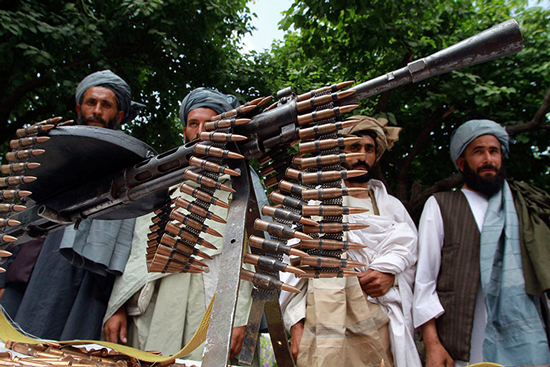 Since I was a detective myself for a short time in my youth, I know the meaning. Often, the first and obvious suspicion is false. You ask yourself “cui bono”, and another suspect, who you did not think about, appears.

For weeks now, this question has been troubling my mind. It does not leave me.
In Syria, a terrible war crime has been committed. The civilian population in a rebel-held town called Idlib was hit with poison gas. Dozens of civilians, including children, died a miserable death.

Who could do such a thing? The answer was obvious: that terrible dictator, Bashar al-Assad. Who else?

And so, within a few minutes (literally) the New York Times and a host of excellent newspapers throughout the West proclaimed without hesitation: Assad did it!
No need for proof. No investigation. It was just self-evident. Of course: Assad. Within minutes, everybody knew it.

A storm of indignation swept the Western world. He must be punished! Donald Trump, who does not have a clue, submitted to pressure and ordered a senseless missile strike on a Syrian airfield, after preaching for years that the US must under no circumstances get involved in Syria. Suddenly he reversed himself. Just to teach that bastard a lesson. And to show the world what a man he, Trump, really is.

The operation was an immense success. Overnight, the despised Trump became a national hero. Even liberals kissed his feet.
But throughout, that question continued to nag my mind. Why did Assad do it? What did he have to gain?
The simple answer is: nothing, absolutely nothing.

(Note: “Assad” means “lion” in Arabic. Contrary to what Western experts and statesmen seem to believe, the emphasis is on the first syllable.) 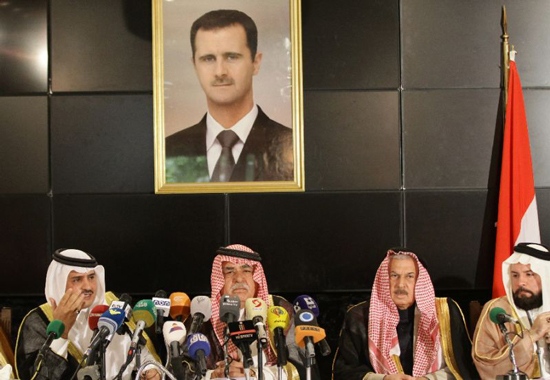 With the help of Russia, Iran and Hezbollah, Assad is slowly winning the civil war that has been ravishing Syria for years. He already holds almost all the major cities that constitute the core of Syria. He has enough weapons to kill as many enemy civilians as his heart desires.

So why should he use gas to kill a few dozen more? Why arouse the anger of the entire world, inviting American intervention?
There is no way to deny the conclusion: Assad had the least to gain from the dastardly deed. On the list of “cui bono”, he is the very last.

Assad is a cynical dictator, perhaps cruel, but he is far from being a fool. He was raised by his father, Hafez al-Assad, who was a long-time dictator before him. Even if he were a fool, his advisors include some of the cleverest people on Earth: Vladimir Putin of Russia, Hassan Rouhani of Iran, Hassan Nasrallah of Hezbollah.

So who had something to gain? Well, half a dozen Syrian sects and militias who are fighting against Assad and against each other in the crazy civil war. Also their Sunni Arab allies, the Saudi and other Gulf Sheikhs, and Israel, of course. They all have an interest in arousing the civilized world against the Syrian dictator.
Simple logic.

A military act must have a political aim. As Carl von Clausewitz famously said 200 years ago: war is the continuation of politics by other means.
The two main opponents in the Syrian civil war are the Assad regime and Daesh. So what is the aim of the US? It sounds like a joke: the US wants to destroy both sides. Another joke: first it wants to destroy Daesh, therefore it bombs Assad.

America’s own clients in Syria are a sorry lot, almost beaten. They have no chance of winning.
Hurting Assad now just means prolonging a civil war which is now even more senseless than before. 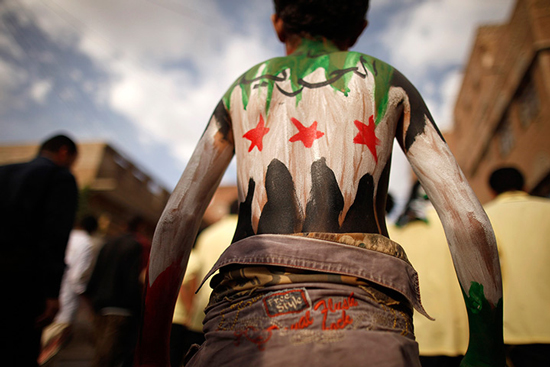 For me, a professional journalist most of my life, the most depressing aspect of this whole chapter is the influence of the American and Western media in general.

I read the New York Times and admire it. Yet it shredded all its professional standards by publishing an unproven assumption as gospel truth, with no need for verification. Perhaps Assad is to blame, after all. But where is the proof? Who investigated, and what were the results?

Worse, the “news” immediately became a world-wide truth. Many millions repeat it unthinkingly as self-evident, like sunrise in the east and sunset in the west.
No questions raised. No proof demanded or provided. Very depressing.

Back to the dictator. Why does Syria need a dictator? Why isn’t it a beautiful US-style democracy? Why doesn’t it gratefully accept US-devised “regime-change”?

The Syrian dictatorship is no accidental phenomenon. It has very concrete roots.
Syria was created by France after World War I. A part of it later split off and became Lebanon.
Both are artificial creations. I doubt whether there are even today real “Syrians” and real “Lebanese”.

Lebanon is a mountainous country, ideally suited for small sects which need to defend themselves. Over the centuries, many small sects found refuge there. As a result, Lebanon is full of such sects, which distrust each other – Sunni Muslims, Shiite Muslims, Maronite Christians, many other Christian sects, Druze, Kurds.

Syria is much the same, with most of the same sects, and the addition of the Alawites. These, like the Shiites, are the followers of Ali Ibn Abi Talib, cousin and son-in-law of the prophet (hence the name). They occupy a patch of land in the North of Syria. 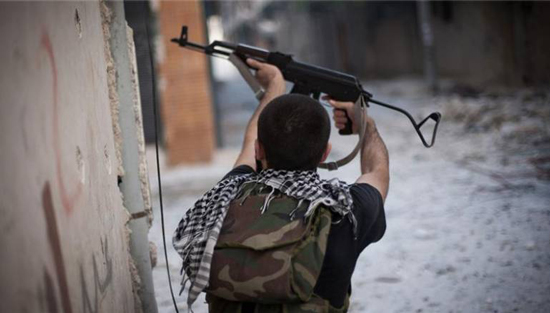 Both countries needed to invent a system that allowed such diverse and mutually-suspicious entities to live together. They found two different systems.
In Lebanon, with a past of many brutal civil wars, they invented a way of sharing. The President is always a Maronite, the Prime Minister a Sunni, the commander of the army a Druze, and the Speaker of Parliament a Shiite.

When Israel invaded Lebanon in 1982, the Shiites in the south were the lowest on the ladder. They welcomed our soldiers with rice. But soon they realized that the Israelis had not come just to defeat their overbearing neighbors, but intended to stay. So the lowly Shiites started a very successful guerrilla campaign, in the course of which they became the most powerful community in Lebanon. They are led by Hezbollah, the Party of Allah. But the system still holds.

The Syrians found another solution. They willingly submitted to a dictatorship, to hold the country together and assure internal peace.
The Bible tells us that when the Children of Israel decided that they needed a king, they chose a man called Saul who belonged to the smallest tribe, Binyamin. The modern Syrians did much the same: they submitted to a dictator from one of their smallest tribes: the Alawites.

The Assads are secular, anti-religious rulers – the very opposite of the fanatical, murderous Daesh. Many Muslims believe that the Alawites are not Muslims at all. Since Syria lost the Yom Kippur war against Israel, 44 years ago, the Assads have kept the peace on our border, though Israel has annexed the Syrian Golan Heights.

The civil war in Syria is still going on. Everybody is fighting against everybody. The diverse groups of “rebels”, created, financed and armed by the US, are now in a bad shape. There are several competing groups of Jihadists, who all hate the Jihadist Daesh. There is a Kurdish enclave, which wants to secede. The Kurds are not Arabs, but are mainly Muslims. There are Kurdish enclaves in neighboring Turkey, Iraq and Iran, whose mutual hostility prevents them making common cause.

And there is Donald Trump, who has sworn not to get involved in all this mess, and who is doing just that.
A day before, Trump was despised by half the American people, including most of the media. Just by launching a few missiles, he has won general admiration as a forceful and wise leader.
What does that say about the American people and about humanity in general?