Technocracy: The Real Reason Why the UN Wants Control Over The Internet 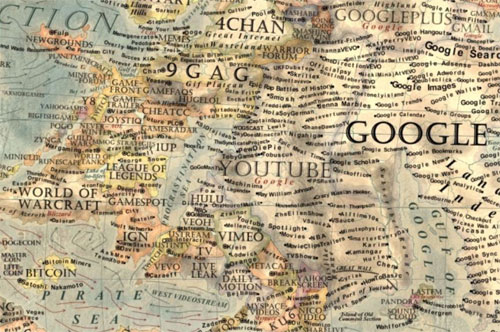 By its very nature, the Internet Corporation for Assigned Names and Numbers (ICANN) is a non-profit organization exclusively run by technocrats. As such, it is an apolitical body that is happy to serve whatever form of governance exists as long as funding is received and salaries are paid. To a technocrat, a world run by science and technology is better than any other form of governance.

That technocrats have played a supporting role in world history is unquestioned. Scientists, engineers and technicians played a huge role in the Communist dictatorship in the former Soviet Union. Technocrats likewise played a central role in support of Adolph Hitler and National Socialism. In both cases, the technocrat goal was not necessarily Communism or Nazism, but rather the methodical exercise of science according to its scientific method. In other words, the process was more important than the outcome – and in both cases, the outcome was not questioned or resisted, but simply accepted.

The reason that ICANN formerly served the interests of the United States was simply that it answered to our government’s judicial, legislative and executive branches. In other words, the U.S. held the umbrella over ICANN and that was enough to keep it working for our national interests and not for someone else’s interests.

Obama changed that when he cut ICANN loose on September 30, 2016 by letting the Internet Assigned Numbers Authority (IANA) contract expire without being renewed. After expiration, the US forever lost the right to renew the contract again.

So, ICANN is now a “free-agent” looking for shelter in the same way that a boll weevil looks for a cotton plant: it needs a host organization in order to practice its craft, and it doesn’t care one whit who that host is.

It is no secret that the United Nations is making a play to become host to ICANN. In particular, the UN’s International Telecommunications Union (ITU), run by the Peoples Republic of China, is expected to play the central role in this effort. However, whether it is the ITU or some other UN agency is immaterial because it will still be the UN in the end.

But, why the UN? Because it is the fountainhead of the plans and operations to establish technocracy as the sole global economic system while destroying capitalism and free enterprise. Technocracy is the issue here. Others know it as Sustainable Development or Green Economy, but the correct historical term is Technocracy.

In February 2015, the head of climate change at the UN, Christiana Figures, stated:
“This is the first time in the history of mankind that we are setting ourselves the task of intentionally, within a defined period of time to change the economic development model that has been reigning for at least 150 years, since the industrial revolution.”

What is unclear about this? Sustainable Development, or Technocracy, is a resource-driven economic model regulated by energy rather than by supply and demand plus monetary currencies. In 1938, the original technocrats defined technocracy as “the science of social engineering, the scientific operation of the entire social mechanism to produce and distribute goods and services to the entire population.”

To achieve its Utopia goals, the UN must have ICANN’s steering wheel and throttle. But while everyone is stressing over Internet censorship of web sites and the suppression of free speech, the real prize is completely overlooked: the Internet of Things (IoT).

In terms of “follow the money”, IoT is expected to generate upwards of $3 trillion by 2025 and is growing at a rate of at least 30 percent per year. In other words, it is a huge market and money is flying everywhere. If the UN can figure out a way to tax this market, and they will, it will provide a windfall of income and perhaps enough to make it self-perpetuating. Currently, the UN is financed by contributions from member states.

But, what is the IoT and who cares? IoT consists of the connections between inanimate objects and the humans that depend upon them. The digital Smart Meter on your home communicates energy usage via WiFi to the utility company; but it also communicates with the major appliances in your home and can even control them remotely without your consent or knowledge. The smart phone that you carry communicates with cell towers and localized signal receptors to create a map of your every movement. Smart home technology lets your stereo send sound to remote wireless speakers and to light bulbs equipped with sensors. The security camera that you installed to watch your home while you were on vacation can communicate with other cameras, microphones, the police department, etc. Examples go on and on. 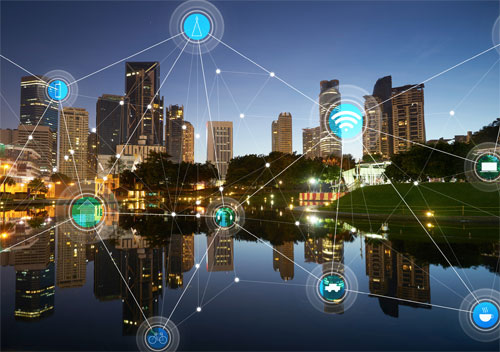 ICANN issues the so-called IP addresses that are assigned to all these devices on a global basis. The original addressing scheme, IPV4, was based on four blocks of up to three digits each, punctuated with a period (e.g., 192.168.2.14). This scheme allows for a discrete address for up to 16.8 million devices. A few years ago, IPV4 ran out of numbers, forcing Internet service providers, corporations and other organizations to improvise internal numbering systems, known as proxy servers, to issue safe addresses to devices within their own domain. These systems are not only fragile, but they are bloated beyond reason and generally easy to hack.

Thus, IPV6 provides a way to assign a unique and directly addressable number to every electronic device on Earth… for centuries to come.

As IPV6 rolls out to the world, the modified mission for ICANN will be to inventory and categorize the device attached to each IP address. For instance, all the air conditioners in the world would be directly addressable from a single list. Likewise for all computers, all automobiles, all cameras, all phones, all refrigerators, all articles of clothing, etc.

Whoever has control over and access to this data will literally be able to control the entire world, down to the last minutiae – and that is the United Nations’ exact mission: inventory, monitor and control.

But this concept was set in history long before the technology existed. The original foundation of Technocracy, the Technocracy Study Course (1934), laid out the hard requirements necessary for its implementation:
1. Register on a continuous 24 hour-per-day basis the total net conversion of energy.
2. By means of the registration of energy converted and consumed, make possible a balanced load.
3. Provide a continuous inventory of all production and consumption.
4. Provide a specific registration of the type, kind, etc., of all goods and services, where produced and where used.
5. Provide specific registration of the consumption of each individual, plus a record and description of the individual. [Scott, Howard et al, Technocracy Study Course]

As it is thoroughly documented in the book Technocracy Rising: The Trojan Horse of Global Transformation, the United Nations is indeed the engine of modern Technocracy and as such, it is acting in a perfectly predictable manner. It seeks to establish a global scientific dictatorship where it controls all resources, all production and limits all consumption to its own liking. These technocrats will dutifully apply their pseudo-scientific methodology to every problem in the world, and simply issue instructions to the internet to make it so.

Yes, free speech will decrease and censorship will increase, but that pales in comparison to the real prize of the IoT that the United Nations desperately wants and needs in order to accomplish its own twisted goals.

Apaprently, the US Congress never understood this when they passively let Obama fail to renew the contract with ICANN. However, Obama and his globalist handlers understood it perfectly well, which makes the deception and treachery of it even worse. Thanks to this scurrilous bunch, the world has just been sold into digital slavery, from which there is hard to see any return.