In this kind of situation, Russia has responded exactly how it should have been expected to. This warning came in April (2018) during a telephone conversation between Putin and Iranian President Hassan Rouhani. They both agreed that the western strikes had damaged chances of achieving political resolution in the area and that if it happens again “chaos” will be unleashed. This is all according to a Kremlin statement. 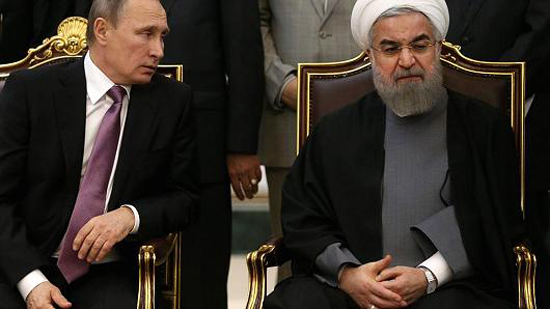 On April 14, the US, France, and Britain launched over 100 missiles targeting what Pentagon claims were three chemical weapons facilities in Syria. This was in retaliation to the “poison gas attack” that happened earlier in April. Whether or not that poison gas attack was carried out by the Syrian government or not is still not clear, and both the Russians and the Syrian government are denying involvement. Actually, before the attack happened, Russian officials claimed to have knowledge of such a false flag like this one coming, so things are a bit too fishy in recent times, to say the least.

According to Reuters, the Kremlin statement said as follows: “Vladimir Putin, in particular, stressed that if such actions committed in violation of the U.N. Charter continue, then it will inevitably lead to chaos in international relations.”
Meanwhile, Nikki Haley, US Ambassador to the United Nations, told Fox News:
“We’re letting Russia know this is not something that we want to be a part of. It’s not something we’re going to tolerate and they’ve got to make a decision. Right now, they don’t have very good friends, and right now, the friends that they do have are causing them harm.
The international community is telling Russia that either you make a decision on how you act and when you act, or the rest of us will make a decision in isolating you.”

According to CNBC, Putin believes the airstrikes violated the United Nations charter and were an “act of aggression”. We do not currently know what is going to come out of all of this, however it is obvious that there is a lot more going on than we are aware of.

For more information on what is going on in Syria please check out the videos below and keep yourself as informed as possible. We are facing some very terrifying things, and as the year goes on, tension is only going to grow… How much can we all handle?

China: ‘The Arrogant US Has A Record Of Launching Wars On Deceptive Grounds’