• The Mainstream Media must be shut down.
• The Central Intelligence Agency must be dissolved.
• The Federal Reserve System must be taken over by the U.S. Treasury. 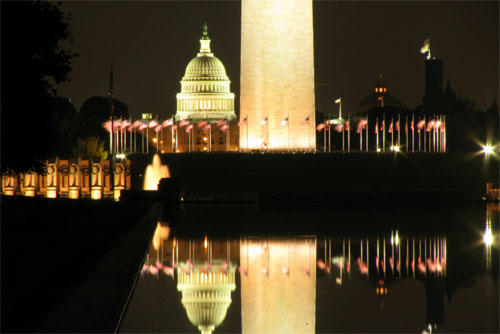 SOTN was the first Alt Media news platform to describe Donald Trump as a “wrecking ball”. This Internet moniker was chosen after serious deliberation, as it became clear that the “Obamanation” needed to be completely destroyed if the American Republic was to be saved.

In fact, The Donald made his way slowly but surely all the way to the Oval Office by wrecking everything in sight. This is his signature, and exactly what was needed throughout the most divisive and violent campaign season in U.S. history.

It is now clear that Deep State will not – under any circumstances – allow President Trump to deliver on his many campaign promises.

Every day that goes by it becomes evident that the Purple Revolution is running in the background – full bore. 99% of the sedition and subversion associated with this soft coup is taking place completely under the radar. And, yet, the 1% that everyone does see and hear has gotten so ugly and intolerable that some folks now understand that the Titanic is about to hit the iceberg. Barring a deus ex machina event, Trump is being set up as the Titanic.

The MSM-CIA-FED Triad Must Be Terminated

For every sober and sane patriot, it has become obvious that the destructive forces within the MSM-CIA-FED Triad must be dealt with decisively and firmly. There can be no sovereign American Republic as long as these three seditious entities retain their power and influence over the affairs of the nation. Case Closed!

At the risk of sounding redundant, as long as the MSM, CIA and the FED seditiously operate as they have for many decades, this once constitutional republic is anything but. To call the United States of America a grotesque misrepresentation of the Founding Fathers original intention would even be a gross understatement.

These three entities – MSM-CIA-FED – are the very pillars which hold up the temple of Deep State. While there are many other integral components such as the entire Military-Industrial Complex, these 3 malevolent institutions form the backbone which allow the Beast (aka Deep State) to make so much mischief both here and abroad. This triad also forms the skeleton of the current Purple Revolution being waged by the Soros-funded globalists, the Democratic Party and the Sultans of Silicon Valley.

There is only one alternative for President Trump to save his presidency. He must take executive actions similar to those that even President John F. Kennedy took against the FED, and was prepared to take in the early 1960s against the C.I.A. And that was 57 years ago when the C.I.A. had not even perfected its soft coup strategies or violent revolution tactics. Ergo, the C.I.A. must be dissolved post haste. 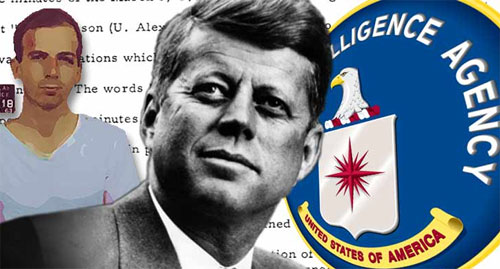 Likewise, if President Trump is to really move forward, the Mainstream Media must be held accountable for the non-stop treason and sedition that is has been proven to be guilty of. The massive ongoing cover-up of the false flag 9/11 terror attacks alone is enough to take them down for good. So is the highly coordinated and continuing cover-up of the assassination of President Kennedy. Therefore, the MSM must be shut down and reconstituted under new corporate charters with appropriate regulation (i.e. prohibited from committing treason and sedition on a regular basis).

Thirdly, the Federal Reserve System has repeatedly demonstrated that it functions as an international banking crime syndicate, accountable to no one in the U.S. Federal Government. The volumes of evidence which are now available in the public domain does indicate that the FED answers to foreign powers, international financiers and wealthy elites who do not have the best interest of the American people anywhere on their priority list. The Federal Reserve Bank is such an incorrigible criminal banking entity that it must be taken over by the U.S. Treasury with all deliberate speed.

Where is this all going? What can be done?

There is a palpable acceleration of transparently subversive plots coming out of Deep State. As a matter of historical fact, the American people have never witnessed so much soft power projected and insurrection instigated by a political party against a sitting president. Alarmingly, the Purple Revolution is getting more real by the day as it plays out in living color and during prime time.

If ever there was a time for the American people to respond to a very real revolution – a Purple Revolution – being surreptitiously carried out, it is now. But how can the body politic of these United States of America most effectively do this? Very simple!

Both individually and collectively, the true patriots across the land must resolve themselves to first take back their power from those who have systematically stolen it; secondly stand firmly in their own truth and newfound power; and thirdly speak that infallible truth to power like never before. In this instance “speaking” is used to mean writing, videotaping, blogging, Tweeting, Facebooking, Instagraming, YouTubing, and, yes, speaking truth to power whenever and whenever necessary.

The vast majority of those elected representatives who occupy seats in the U.S. Congress are dangerous career criminals, as well as outright traitors to the Constitution and Bill of Rights. President Trump has access to enough evidence to imprison most of them for life.

The President’s real Trump card, however, is Pizzagate. Deep State only exists in its current demonic incarnation through the sheer power of blackmail and bribery, coercion and intimidation. Because so many in Congress, the 17 intelligence agencies, the super-secret services, as well as throughout the leadership of Corporate America, have been seriously compromised from their involvement with either Pizzagate or the global Pedogate, virtually every major power-player is totally owned by The Company (also known as the C.I.A.).

Given this worsening state of affairs, the American people are being challenged as never before to take back their country. Hence, either the US citizenry uses it (their civic power) or they will lose it for a very long time. Either the governed collectively withdraws their consent from those organs within the federal government which have proven to be treasonous and unworthy of existence, or the people will be irreversibly crushed by them (e.g. MSM, CIA, FED).

Lastly, it must be acknowledged by all concerned citizens that each administration prior to the present one has profoundly violated the public trust and irrevocably broken the social contract. In so doing they have rent asunder the sacred covenant which ought to exist between the governed and the government. With so many highly consequential betrayals of the American people over the past century, there can only be one outcome.

Anatomy of a Science Study Censorship