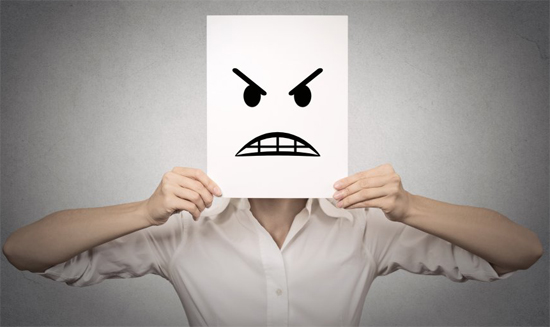 We’re all annoyed in some form or another. No question. No one can sit idly by with any level of consciousness and not be ticked off by the insanity, inequities and atrocities going on around us. That’s righteous anger and there’s nothing wrong with it.

But we must keep anger in its place. The general populace is being set up and baited for violent response.

All they’re waiting for is a justification to herd the unsuspecting flock right into their tightfisted fascist paradigm as the police state takes shape around us.

Don’t fall for the trap.

An Old Trick at Work

Induced passions make people easily manipulated. When we fear or act in anger we are not fully conscious nor fully empowered. Our vision is impaired and our reasoning seriously tainted. Anger is akin to fear, and the ability to manipulate those acting in anger and fear is very similar.

Dr. William Sargant, a psychiatrist with the illuminist Tavistock Institute, wrote in his 1957 book, The Battle For The Mind:
“Various types of belief can be implanted in people after brain function has been deliberately disturbed by accidentally or deliberately induced fear, anger, or excitement. Of the results caused by such disturbances the most common one is temporarily impaired judgment and heightened suggestibility. Its various group manifestations are sometimes classed under the heading of “herd instinct”, and appear most spectacularly in wartime, during severe epidemics, and all similar periods of common danger, which increase anxiety and so individual and mass suggestibility.”

So while people get aroused and decide to become active within the framework they’ve been handed by the manipulators we’re often walking right into their paradigm that grips like a Chinese handcuff–strengthening the enemy’s hold on us by fighting them on their level and on their terms.

History proves this. One system toppled by the same tactics used by the oppressor becomes a replacement system, and the Masonic pattern continues.

Amerika – Born and Bred in Violence

The Boston tea party was thrown by dressed up Freemasons to provoke exactly what they got. Another violent stronghold obtained by violence, built on violence, and that has since executed nothing but violence on the world since its inception, whether culturally, economically or militarily. Just ask the millions of exterminated and incarcerated native Americans about the “freedom of religion” excuse these invaders used to go there in the first place.

If the old adage is true that “they live by the sword shall die by the sword”, what America is about to reap is not going to be pretty.

Why should the “innocent” Amerikans suffer this causal reflex, you say? Because by and large Americans not only did nothing to stop the pillaging and atrocities being carried out by its corporo-fascist government and those they support such as insane genocidal Israel, but they de facto supported these programs and ever more importantly, luxuriated in the profits and delicacies of an over-indulgent resource-pillaging machine, sucking the very life blood of the poor of the world.

And yes, the U.S. isn’t the only player in this. These selfish parasites are internationalists stationed around the globe, but the US is its primary arm of oppression and exemplifies all of these characteristics.

The breakdown our world is undergoing is deliberate – and people are catching on faster and faster. It’s getting to where almost anyone can see the banksters deliberately pulled the financial plug for their periodic harvest. The media disinformation and obfuscation of truth as well has become outright Orwellian as the migration into alternative news sources continues to accelerate. 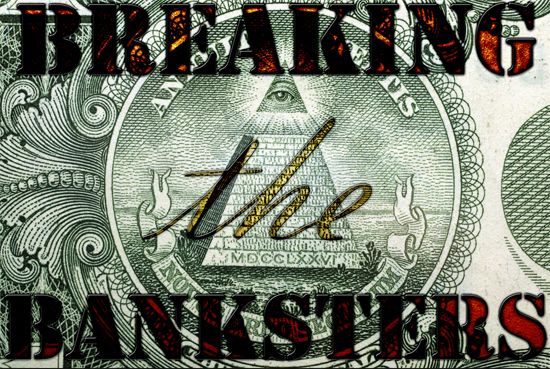 Granted, much of the public still takes the disempowering soma-swill of the never ending promise of “hope and change”, but the matrix mirage is rapidly evaporating for all to see.

That’s the vibrational change we’re talking about. Inside and out.

It’s now obvious to a vast swathe of humanity that our social fabric has been dissolved by anti-moral, anti-human doctrines of seemingly satanic self-indulgence and death worship. Our food, air and water supplies are deliberately poisoned. Our leadership is clearly dishonest, shallow and inept. Even disasters, very many man-made consequences of deliberate tinkering with mother nature, are manipulated for profit and strategic control of populations.

Either way, they win. But their time is almost up.

Watch for Provocations… and Pre-Programming the Solution

False Flag operations have been the most successful hoodwinks to date. The relatively recent big ones like 9/11 and 7/7 in London and other staged incidences such as the many shootings and bombings like Sandy Hook and the Boston Bombing, were carefully led up to by the Oklahoma City, USS Cole, US Embassy and other similar bombings to give the “official” explanations credibility.

The Occupy movement was treated as a test run on handling a larger scale street fight in the US. A fight they are preparing for at an astounding speed, buying guns and ammunition to arm not just police, but now military battalions being stationed in US cities while armed drones are dispatched overhead. Talk about a preemptive strike.

And the latest trigger pins?

Try the new black vs white racist provocations the press is fanning such as the Ferguson riots, or the induced Islamophobia now metasticising in western society, or the revival of the cold war fear syndrome against Russia.

How about the NSA revelations and “re-education camps” now in the public information domain? Or the insane actions of the TSA or local police, or the inflammatory rhetoric regarding anything anti-government, resorting to labeling anything contrary to the status quo or mainstream propaganda as “home grown terrorism”?

It’s sick, it’s staged, and it’s designed to provoke a response…and is dutifully milked for every media minute they can get to create the problem-reaction-solution scenario they so love and thrive on.

What Do We Do?

Our conscious confrontation needs to be at a deeper level of awareness. While we need to make our voices known, relegating all apparent public expression to some angry demonstration will not just go practically nowhere, but play right into the Controllers’ hands. We need to express, but smartly. We need to first of all be fully aware of what we’re up against, its full dimensions and implications, but then infiltrate at the grass roots level in any way we’re called and be consciously disciplined about it.

A good singular example of this is “Food Sovereignty Activism” that perfectly encapsulates what one person’s actions can do. And this is just one of many thousands of examples. But I dare say confronting a police battalion in public and getting your head bashed in by those robots might not do much more than piss people off more, thanks to a twisted complicit media.

Demonstrating is not all bad and there’s clearly a time for it. This is especially true within public governmental chambers and places of local decision making. Just don’t play into one of their traps, usually fueled by them via controlled opposition.

Hit the Matrix Where It Hurts

Motivation comes in all forms, but we must behave smartly. We need to hit where it hurts the matrix the most and empowers as many as possible. Some ideas:

True information clears the deck. It neutralizes the effects of the enemy’s propaganda. That has to be done first.

2. Live in alignment with your convictions

We can’t speak truth to the lie while living within its bondage. Break free, in any and every way we can. Screw the consequences if it’s matrix stuff, it’s not worth worrying about. “Lead, follow, or get out of the way” as they say.

3. Persist
As we follow on in a conviction of the power of Truth and Love it will lead each of us on to more ways of having a greater effect.

Mainly by example. If you live a committed life and have paid the price of giving up a cozy life of security for one of spiritual fulfillment and helping to change the world, others will be prodded to do more themselves. We don’t want to cram anything down anyone’s throats. We live by the example of commitment the enlightening love of the truth speaks for itself.

Find or create local communities of active and awake people. Whether it’s a food co-op or meet up groups to discuss how to change your town or city for the better, this is where we need to operate from. With the world crashing around us we need to find each other and work and build together on every front.

All the while continuing to broadcast the truth in any way we can.

Harvard Professor: Geoengineering Could Kill ‘Many Tens of Thousands of People A Year’