The defeat of Hillary Clinton just dealt a devastating blow to Monsanto, Big Pharma and the corrupt vaccine industry 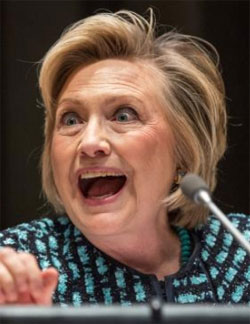 The ignorant people voting for Hillary Clinton on November 8 had no idea what they were really voting for. That’s by design, of course: They are kept deliberately dumbed-down by the complicit media which packed their brains full of anti-facts and twisted mush. While Clinton supporters mistakenly believed Hillary supported women, children, immigrants and humanity, in the real world Hillary Clinton was an obedient pawn of the most evil, genocidal corporate entities on the planet.

Had Hillary Clinton seized the White House, she would have ushered in an agricultural apocalypse that let powerful agrichemical corporations like Monsanto (soon to merge with Bayer) poison our planet, our food and our children with cancer causing chemicals. Remember: Clinton was so tight with Monsanto, she was known as the “Bride of Frankenfood”.

Clinton was also a favorite pick for Big Pharma and the obscene chemical medication industry that preys upon endless disease to generate massive corporate profits while offering no real cures for anything. All these pharmaceutical companies were counting on Clinton winning, guaranteeing them 4-8 more years of reliable profits while Americans suffered and died from cancer, diabetes, heart disease and Alzheimer’s disease.

The “health care” industry was so invested in Hillary Clinton’s victory that many stocks tanked immediately after Trump won. Trump’s imminent repeal of Obamacare, you see, will cut off the flow of obscene profits to the pharmaceutical cartels and health care scammers.

Unlike every other president before him, Trump isn’t so stupid that he would order the government to reimburse drug companies for the full retail prices of their vastly overpriced medicines. No, that genius move was actually pulled off by George W. Bush, if I remember correctly. Since then, every subsequent administration maintained the same ludicrous financial arrangement with the pharma drug cartels, resulting in skyrocketing health care costs that are now approaching 25% of GDP. (Yes, 25% of the entire GDP for the nation.)

Trump will end that stupidity very quickly. Why? Because the federal government’s deal with the pharmaceutical companies is a stupid deal. And Trump hates stupid deals, as should we all. (Yet, notably, Hillary Clinton loves stupid deals as long as all her cronies are enriched while America is ransacked by chemical medicine that doesn’t work.) 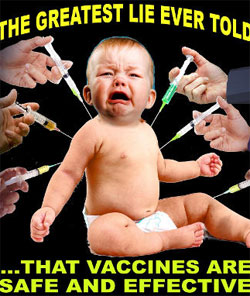 Because the revolution is well under way across America, I’m not going to hold back when describing the vaccine industry. The simple truth is that the vaccine industry is a child murdering medical cartel based on quack science and a corrupt CDC racket.

Vaccines do have a place in protecting viral researchers from biohazards, but the entire history of vaccine “success” is just as big a con job as the idea that Hillary Clinton was an honest, ethical, trustworthy leader who “never lied” to America. No, vaccines didn’t stop polio. The disease was nearly wiped out before the polio vaccine even got widely distributed. And since then, the polio vaccine continues to cause polio in countless numbers of victims (“countless” because no one is counting them, as if this wasn’t happening at all).

In reality, many vaccines do indeed cause severe, permanent harm to children and adults. Vaccines are one cause of autism (but not the only cause), and when vaccines are given at too young an age, with too many vaccines stacked together, and deliberately formulated with mercury, aluminum, formaldehyde, MSG and other toxic ingredients, they cause immeasurable harm to many children.

Hillary Clinton is a vaccine apologist and a mercury denier

Hillary Clinton is a vaccine apologist and mercury denier who, like all the rest of the corrupt medical criminals running the vaccine industry today, openly denies the existence of mercury in vaccines routinely given to children America. Yet a simple review of the available evidence on mercury in vaccines reveals undeniable proof that children in America continue to be injected with mercury. For example, in a Natural News article I wrote last year, we published an official letter from the State of California’s Health and Human Services Agency Secretary Diana S. Dooley, in which she openly calls for more mercury vaccines to be injected into more children in California.

In her own words: 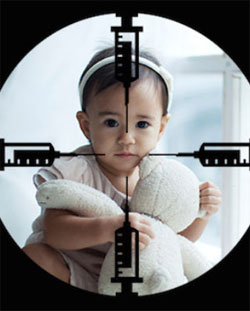 The real message, in other words, is that California is more than happy to brain damage your child with mercury because the state ran out of mercury-free flu shots.

It is no coincidence, by the way, that young citizens of California seem to be wholly unable to carry out simple math problems or grasp the difference between the budget deficit and the national debt. California children in particular have been subjected to brain damaging mercury in the form of state-approved vaccines. And child-medical-molesting California state politicians like State Sen. Richard Pan – known as the “mercury joker” – pushed SB 277 through to make sure the state had the authority to force state-mandated medical interventions onto children even when their parents refuse to consent.

When it comes to vaccines and Big Pharma, Richard Pan and Hillary Clinton are cut from the same sinister cloth. They both perceive the power of the state to be absolute, even when forcing dangerous medical interventions onto children without parental consent. (How’s that for Hillary Clinton’s real position on women’s choice?) They both have been effectively bribed by pharmaceutical corporations, and they both seek political power at the cost of human lives.

By the thinnest margins, Americans finally rejected Hillary Clinton after recognizing her wholesale contempt for democracy and the people participating in it. Had the vote veered by a mere 2% the other direction, we would right now be living under a President-elect Hillary Clinton and the prospect of suffering through a medical police state tyranny run by corporations like Bayer, Pfizer, Eli Lilly and Merck.

#DrainTheSwamp will include elements of the CDC, USDA, EPA and FDA 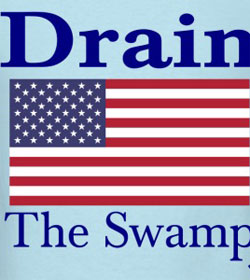 Donald Trump is already on the record questioning the safety of mercury-filled vaccine shots, and my informed guess is that we will see Trump go after the CDC with some real political power during his first term in office. The CDC, of course, is a corrupt criminal regime much like the DNC, the FDA and even the EPA. When Donald Trump says he’s going to #DrainTheSwamp, he means dismantling these corrupt agencies (among other goals) and ending the corporate cartels that currently dictate medical policy, agricultural policy and fiscal policy to the political prostitutes in Washington D.C.

This is why the Donald Trump victory was so incredibly important for America. Now we have a chance to beat back the big ugly corporate monsters like Monsanto and Merck. With Trump in the White House, we have a legitimate shot at real health care reform, medical freedom and even codifying religious medical freedoms into federal law. It doesn’t mean we can achieve all this, but we have a legitimate shot at meaningful reform that works in our favor. (Trump isn’t God. He can’t wave a magic wand and accomplish everything all at once. He still must work within a rigged system run by lifelong bureaucrats and bribed members of the House and Senate.)

That’s why it’s important to support Donald Trump during his time in office, encouraging him to keep all his promises to drain the swamp, build the wall and even LOCK HER UP. Winning the presidency is a huge victory for today, but it’s only a tiny crack in the immense wall of corporate corruption that weaves its way through medicine and agriculture.