The Language Of Symbolism: How To Recognize These Three Symbols Hidden In Plain Sight 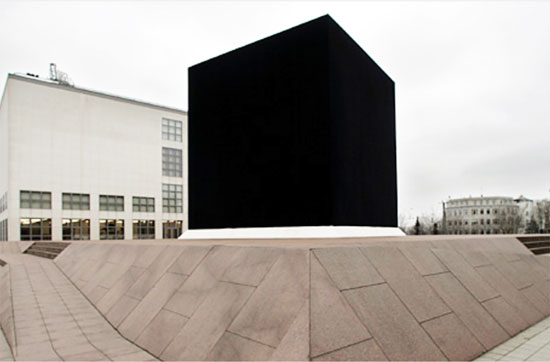 On the path of trying to figure out what this world is really about, many people ease into the study of symbolism.

When one recognizes the deliberate nature of power, and the characteristics power displays in various activities, they can begin to recognize deeper, more subtle layers of truth about power.

For example a government being the power, participating in psychological warfare against its own people, the government being composed of people who have histories with fraternal orders and secret societies who value symbolism, etc.

This video explores connections between fraternal orders and secret societies to high levels of power: an extremely thorough examination, well past the well known ones such as Skull and Bones at Yale.

Understanding the cult-like behavior of people in power, from royal bloodlines, to banks and corporations, to governments, one can reasonably deduce that their choice of symbolism is often well thought out. Symbols have historically been very important to people in power.

Symbols almost always have multiple layers of meaning: one layer of symbolism may be explained as a simple thing to the public, when it actually alludes to something deeper that only initiates to the symbol can recognize.

Understanding how symbols are deliberate and purposeful, suddenly meaning can be recognized in all kinds of things we see every day. Of course, they are also prone to being misunderstood, or having false meaning attributed to them. Certainty can be scarce in the study of symbolism.

Logos of different corporations and businesses, government flags, emblems, and more are rich with symbolism that speaks a language only those who pay close attention can understand.

It’s not difficult to make the case that some natural shapes and geometric formations are used as symbols simply because they look good. For sure there are many more layers. Shapes such as squares, octagons, triangles, and others are astrotheological references: references to the angles that planets make in the sky, and a system of esoteric knowledge that has been successfully hidden from most people. It is through understanding astrology and its significance to these people in power.

This video in particular examined symbolism in the auto-industry. Aries the Ram on the Dodge Ram logo, a Ford Taurus, a Mercury, the Mars symbol on Volvo: the astrotheological references are endless. In addition, Marty Leeds explored what may be a reference to Pi (3.14), symbolism about the mathematics of creation in auto-industry logos.

To understand the 5 pointed star as an astrotheological reference, one would have to look at an unusual astrology aspect that seems to have been hidden from mainstream astrologers: the quintile, a 72 or 144 degree angle between two planets. If 5 planets were locked into quintiles, that would make a pentagram in the sky.

There may be some hidden esoteric information in this 5 pointed star. People say the 5 pointed star represents the 4 elements (fire, air, earth, water) and spirit, but probably that’s where the rabbit hole ends. There must be deeper layers of meaning to this strange symbol that appears everywhere.

It would make sense considering the malefic aspects in astrology are squares and oppositions. When planets make squares to each other, bad things happen, to sum it up briefly.

Trines and sextiles, multiples of the 6 pointed star are functional, positive aspects in astrology: that’s why the 6 pointed star is chosen for some business logos and flags. Perhaps it’s a symbol of their effort succeeding or coming to fruition with ease.

The Octagon, or 8 Pointed Star of Inanna

The 8 pointed star or octogon is thought to be a symbol of slavery: of being boxed in and trapped, controlled or things of that nature.

The United Nations logo is an 8 pointed star engulfing the planet. It can be found on many more government logos in particular.

In Stanley Kubrick’s final film Eyes Wide Shut, which is essentially about a psychopathic ruling class of people, the 8 pointed star is featured prominently in the first scenes of the movie.

Kubrick was known for his meticulous attention to detail: we know for sure the placement of this symbol was not an accident.

The Square, or Oblong Square, Hyper-Cube

The oblong square is a square that is positioned sideways like a diamond. It appears on many corporate logos, and all over architecture and things we see in every day life. It is said that it’s a symbol of boxing people in and trapping them at base consciousness.

However, it’s nearly impossible to have certainty recognizing the oblong square as a symbol meant to depict this. It’s everywhere, so differentiating coincidence from intentful symbolic representation is very difficult.

Over time, a person looking into symbolism can begin to make this distinction. It seems obvious for example, in the Chase Bank logo because it’s a square inside an octogon, making a sort of swastika shape.

The hypercube is thought to represent a never-ending loop, a prison of consciousness. Researchers such as Mark Passio have presented this theory.

The 6 Pointed Star, or Triangle

While for some reason, certain governmental, corporate, or institutional entities choose seemingly negative symbolism, such as the squares that seem to represent people being boxed in, other entities choose symbols that point to a focus on success.

From the Wal-Mart logo to the 6 pointed “Star of David” found on the Israeli flag (which is of course a symbol older than we could ever know), this symbol can be found everywhere.

Some claim that it represents a cube, since a cube looks like a hexagon if you look at it from an angle.

Theories about symbolism depicting the “Black Cube of Saturn” have circulated widely, and they are credible because something certainly is being represented by all these monuments.

What do these symbols actually do to people? Perhaps they work against our subconscious in a way we don’t understand. Perhaps they don’t do much to us, and people in power just have a belief that they do.

Whatever the reason, this much is clear: people in power care very much about symbolism, and meaning can be found in it that tells us about the world we live in.