The matrix of technocracy: the roots of the conspiracy 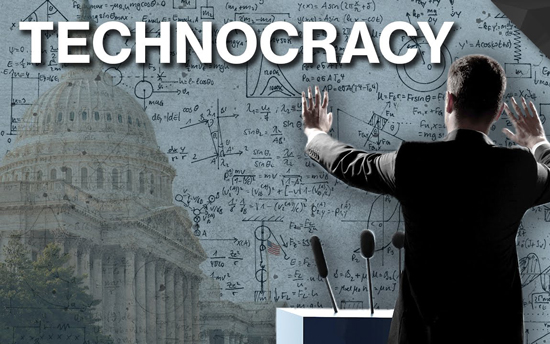 Many independent researchers, writers, and broadcasters have exposed the operation called technocracy. Among others, Patrick Wood’s investigations are essential.

Consider the term “scientific humanism”. The Oxford Dictionary offers this definition: “A form of humanist theory and practice that is based on the principles and methods of science; specifically the doctrine that human beings should employ scientific methods in studying human life and behavior, in order to direct the welfare and future of mankind in a rational and beneficial manner… Origin mid-19th century.”

Science/rule by technology/technocracy becomes the justification for control.
For example: “We have studied the amount of energy that can be utilized by humans on planet Earth. Given the results, we will plan how to distribute it most humanely and rationally.”

As the Oxford Dictionary mentions, this kind of program had its roots in the mid-19th century.
Well, Darwin published his hypothesis about evolution in 1859. Marx and Engels published The Communist Manifesto in 1848.

Prior to Marx, Engels, and Darwin, the word “humanism” referred to a tradition of philosophy, knowledge, culture, education, and art birthed by the ancient Greeks coming forward through Rome to the European Renaissance. It elevated human beings. It tended toward greater freedom, less Church repression.

But then, in the mid-19th century, humanism took a sharp turn. It became identified with “the march of science” the triumph of philosophic materialism (Darwin), and the complete restructuring of nations and societies according to a social, economic, and political plan that would “benefit all” (Marx, Engels).
Humanism was stripped down to “scientific humanism”.

In succeeding generations, all the way up to today, intellectuals and scientists and technologists have adopted the viewpoint that, since they can see the whole of society from above, and since they can understand its workings in clearer and evermore specific terms, and since they understand the vast field of natural resources, they can and should, quite naturally, and as a matter of course, plan and plot the future of humanity.

Their impulse was, behind the scenes, aided and abetted by a quite different cast of characters, who wanted a new world order, a political and economic management system for the entire planet (now known as Globalism).

This is, in effect, a two-tier operation. At the top are the Rockefeller Globalists; and under them, millions of useful high-IQ idiots who love to play chess with the world population.
The propaganda wing of this operation insists, at every turn: the only “solution” for planet Earth is the group solution. The group, the mass, the collective. It is unthinkable that The Individual would have anything to contribute. Well, when you stop and consider it, this is the motto of today’s collective society: the individual is extinct.

The staging of civilization’s ebbs and flows, victories and defeats, always has the aim of discounting and reducing the role of the individual. Whatever else is intended, that is intended.
Let’s not discourage any and every group response, but, without question, every major covert op is played in order to eradicate the idea of the individual. This is basic mind control. This is the reason mind control exists: to elevate “group” over “individual”. 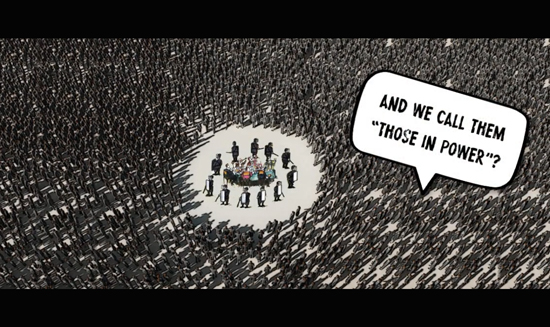 But introduce a fact or idea that challenges The Group and alarms go on. “Reject that fact! Reject it! It’s false! It has to be false! Maintain stability!”
“Stability being restored. The structure is intact. Standards are being rebooted. Normality is being reasserted. Resume standard operations.”

In Adjustment Team (1954), Philip K Dick wrote: “You were supposed to have been in the Sector when the [mind control] adjustment began. Because of an error you were not. You came into the Sector late – during the adjustment itself. You fled, and when you returned it was over. You saw, and you should not have seen. Instead of a witness you should have been part of the adjustment. Like the others, you should have undergone changes… something went wrong. An error occurred. And now a serious problem exists. You have seen these things. You know a great deal. And you are not coordinated with the new configuration.
What I call the Reality Manufacturing Company wants everyone to have the same inner configuration.”

That is the basis of collectivism at the deepest level.
At the outbreak of World War II, the Council on Foreign Relations (CFR) began making plans for the post-war world.
The question it posed was this: could America exist as a self-sufficient nation, or would it have to go outside its borders for vital resources? Predictably, the answer was: imperial empire. The US would not only need to obtain natural resources abroad, it would have to embark on endless conquest to assure continued access.

The CFR, of course, wasn’t just some think tank. It was connected to the highest levels of US government, through the State Department. A front for Rockefeller interests, it actually stood above the government. Behind all its machinations was the presumption that planned societies were the future of the planet. Not open societies. (And “the interests of the US” would ultimately be subordinated to the domination of one-planet, new-world-order Globalists.) Through wars, clandestine operations, legislation, treaties, manipulation of nations’ debt, control of banks and money supplies, countries could be turned into “managed units”.

Increasingly, the populations of countries would be regulated and directed and held in thrall to the State. And the individual? He would go the way of other extinct species. Nowhere in these formulas was the individual protected. He was considered a wild card, loose cannon, and he needed to be demeaned, made an outsider, and characterized as a criminal who opposed the needs of the collective. As the years and decades passed, this notion of the collective and its requirements, in a “humane civilization”, expanded. On every level of society, people were urged to think of themselves as part of a greater group. The individual and his hopes, his unique dreams, his desires and energies, his determination and will power… all these were portrayed as relics of an unworkable and deluded past.

In the planned society, no one rises above the mass, except those men who run and operate and propagandize the mass. The onrush of technocracy gears its wild promises to genetic manipulation, brain-machine interfaces, and other automatic downloads assuring “greater life”. No effort required. Plug in, and ascend to new heights. Freedom? Independence? Old flickering dreams vicariously viewed on a screen. Individual greatness, natural imagination, natural creative power? A sunken galleon loaded with treasure that, upon closer investigation, was never there to begin with.

The Plan is all that is important. The plan involves universal surveillance, in order to map the lives of billions of people, move by move, in order to design systems of control within which those billions live, day to day.
But the worst outcome of all is: the individual cannot even conceive of his own life and future in large terms. The individual responds to tighter and control with a shrug, as if to say: “What difference does it make?”

He has bought the collectivist package. His own uniqueness and inner resources are submerged under layers of passive acceptance of the consensus. And make no mistake about it, this consensus reality, for all its exaltation of the group, is not heraldic in any sense. The propagandized veneer covers a cynical exploitation of every man, woman, and child. Strapped by amnesia about his own freedom and what it can truly mean, the individual opts for a place in the collective gloom. He may grumble and complain, but he fits in.

He can’t remember another possibility. Every enterprise in which he finds himself turns out to be a pale copy of the real thing. The deep energies and power and desire for freedom remain untapped. Yet a struggle continues to live. It lives in the hidden places of every individual who wants out, who wants to come back to himself, who wants to stride out on a stage. Freedom and power again. The shattering of amnesia. In this stolen world.

A new stage play, titled: The Extinct Individual Returns.
In this new play, dominoes of the collective begin to fall. The stinking structure collapses, a wing here and a wing there. The vast sticky web called “the people” begins to disintegrate. A new instructive message appears on screens: “The Collective=Crazy”.
The pseudo-scientific plot to make humans pieces on the grand chessboard, biological machines to manipulate at will, with “inputs” that “elicit predictable responses” – this great plan and great deception eventually becomes a burnt cinder in the annals of failed histories.

The Ten Most Evil People In The World Today Who Lie About Science, Pharmaceuticals And GMOs