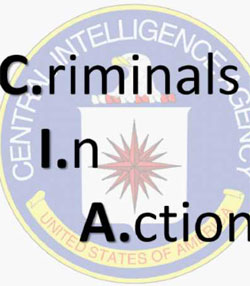 The Central Intelligence Agency is one of the organs through which the deep state manipulates the overt government in Washington. It is not without good cause that the initials “CIA” have been said to refer to “Criminals in Action”.

And so the latest “release” of 930,000 documents from the CIA’s archives needs to be treated with a healthy dose of realism. Criminals generally do not advertise their criminality, let alone put those advertisements in neatly organized, web-accessible databases for the public to peruse.

For those not in the know, President Clinton issued Executive Order 12958 in 1995 mandating the automatic declassification of all historically valuable government records older than 25 years (with “exemptions” for all sorts of “national security” reasons, of course). This includes the CIA, which in 2000 set up a system called “ CREST ” (CIA Records Search Tool) that the public can use to browse its declassified documents.

As the New York Times notes in its own puff piece on the archive, in January 2017:

“After journalists at MuckRock, a news site, filed Freedom of Information Act requests for access to the Crest database, the C.I.A. said in 2015 that it would take 28 years to publish. In 2015, the agency cut its estimate to six years, and said the documents would be delivered on 1,200 compact discs at the price of $108,000.

Put off by what he perceived as stalling, Mr. [Mike] Best [a journalist and archivist] crowd funded $15,000 to print, scan and publish files himself. In October, the C.I.A. said it would post the files.”

Well, the first thing you’ll notice when you look at the establishment fake news reports on the archive is that they tend to fall into one of four categories: 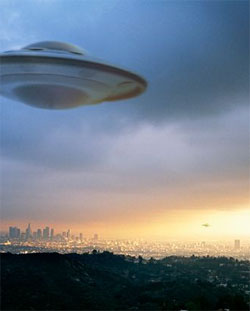 3. “Here’s some newly-released documents that change our understanding of an historical event, and here’s how we’ll spin them to keep the narrative in line with what we’ve been telling you all along.”

4. “Here’s an important document that we’ll tell you about, but we’re not going to link it!”

The first category of reports is understandable, as they’re the most attention-grabbing and click-baiting, even if they do little more than add a few documents to a story that is by now so well known that it was written up by the smarmy Jon Ronson and adapted for the screen – in the movie The Men Who Stare at Goats – with the help of the Council on Foreign Relations stooge George Clooney.

The second category of reports is like the aforementioned New York Times piece or Wired‘s own guide to the archive. They note some of the “fun” documents (like a German recipe for invisible ink) and some of the “serious” documents (communications about detention and torture, for example) and then throw up their hands in the journalistic equivalent of a shrug. “Wow, guys, I guess it all comes out in the wash, huh? Now carry on with your daily lives!”

The third category is more insidious. It’s the route Ynetnews takes in its report on what CREST’s Kissinger archives reveal about the lead-up to the Yom Kippur War. To hear Ynetnews tell it, you’d think that the documents (which they only provide screen shots of, no links to) confirm the official take that this was an unprovoked surprise attack by the Arab aggressors against the innocent Israelis. Other outlets, however, come to the complete opposite conclusion from the same documents: “that Israel desired and planned for the war – despite the US asking them, more then [sic] once, not to pre emptively strike other nations.” 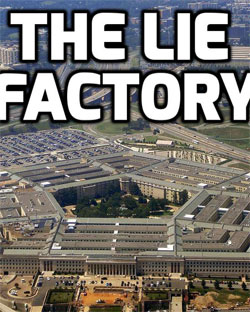 The fourth category is the exact type of shoddy nonsense that the dinosaur media still think they can get away with, as if pretending to be unaware that the internet age arrived two decades ago. Take this report from the Daily Fail on how a “Secret 1983 CIA intelligence report suggested America should encourage Saddam Hussein to attack Syria to secure oil pipeline to Med and Gulf.” The report is enlightening, especially in light of recent events, and notes how even two and a half decades ago the CIA was plotting against the Syrian government over (what else?) an oil pipeline closure. Even more interesting: the report was written by none other than Graham Fuller himself (yes, that Graham Fuller: American author and political analyst, specializing in Islamic extremism. Formerly vice-chair of the National Intelligence Council, he also served as Station Chief in Kabul for the CIA).

Anyway, here’s the link. As you can see, there are some interesting documents in here: nothing Earth-shattering, no details about what really happened on 9/11 or anything like that, yet some genuinely interesting documents nonetheless. But we can’t rely on the dinosaur fake news establishment lying media to report on it for us.

How vaccine mandates violate women. The government vs. your human rights