The Ongoing War That We Aren’t Told About 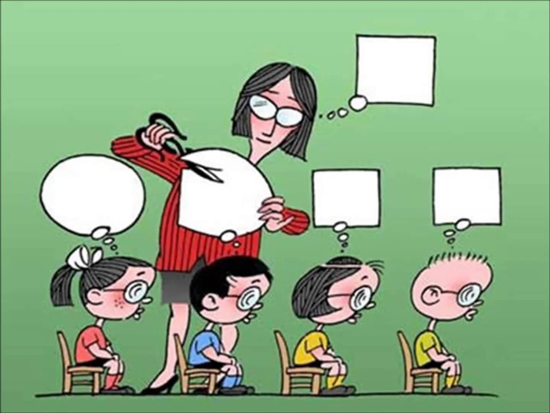 There is a war going on right now. It’s not an obvious one with missiles or guns or bombs, so most people do not even know it is happening – it’s a war on consciousness.
Ultimately, the education system can be blamed for feeding us propaganda and forcing us to regurgitate it so we can “fit in” with the rest of society.

Our public school systems are set up to get the students primed for economic slavery without ever offering courses in Life – things that they will actually use or anything that allows students to think creatively or freely. In fact, if you trace the companies who print our children’s textbooks, you’ll find a Zionist agenda behind them all.

For example, George W. Bush’s grandfather, Prescott Bush, was arrested for funding both sides of World War II, yet we never learned this in school. Why? Because had we learned this, neither Bush would have been elected president for having a traitor in their lineage. And having the Bushes in the White House was the Zionist’s plan to push their agenda.

We are taught Christopher Columbus “discovered” America. How do you “discover” something others have already found and been living on for hundreds of years? And yet, we never think to even question this. Why?

In all forms of education, there are still perpetual references to fossil fuels including at the college level. How ridiculous is this? Oil is abiotic, which means it replenishes itself, yet we are draining the planet of a lubricant that serves no other interests other than economic.

For example, in the late 1980’s, Stanley Meyer invented a car that could go from coast to coast in the United States on 21 gallons of water. He was offered $1 billion from the automobile industry for his invention but turned it down because he wanted this idea to go to the people.
Shortly afterwards, he was poisoned to death and the invention has been hidden from us ever since, yet our children are not learning about inventors such as Meyer in school, nor are they being encouraged to develop alternate fuel sources.

There are literally thousands of “out of place artifacts” that show how we have been here much longer than the official story of both evolution and the Bible, yet no high school or university will come near to approaching this topic because it would blow the lid off of all religions.
For example, in Illinois, a 200,000 year old bronze coin was found just outside Chillicothe. According to the Illinois State Geological Survey, the deposits containing the coin are between 200,000 and 400,000 years old.

If our true history was revealed, it would cause every system of education to rewrite history and would make the professors teaching “history” look like idiots, so it’s much easier to suppress the truth than to admit they were wrong while killing religion, which, by the way, as it is preached today is just another form of scaring people into obeying and following specific agendas, as well.

Most people have an equally hard time understanding that both modern religions and governments will lie to you in order to fulfill an agenda.
In religion, look no further than several clergy members of the Roman Catholic Church who said that hell does not exist.
The more you research, the more you think critically and the more you awaken – the more you’ll find that modern religion is in bed with the government as both are about controlling the masses through subservience, control, and conformity while neither encourage free thinking or questioning the official stories.

If you are reading this and thinking the author is sounding like an atheist conspiracy theorist… Do you see how you are resisting common sense things that are being brought forward?
Think about this feeling for just a moment… This resistance is the feeling you get when you would otherwise be outside of your comfort zone. People don’t like to think about things that make them feel uncomfortable. They don’t like to be overwhelmed.

They don’t want to think that their parents could have lied to them (remember when you found out there was no Santa Claus?). People don’t want to think their clergy could lie to them, or that their government could do them harm ON PURPOSE!
People don’t just wake up one day and decide to be a conspiracy theorist out of the blue. These people read, watch, study, research for hours, days, weeks, years… and slowly, begin to come out of that comfort zone. They open their minds, their eyes, their ears… and slowly, that veil becomes thinner and thinner and the truth is finally seen clearly.

If you are not yet willing to open your mind and to think critically and put aside all the propaganda and things that were shoved down your throat and begin to ask logical questions, you are not ready. And it is not our job to force anyone to do that.
When people are ready… when they can handle it… they will begin to see things clearly.

That is the first step toward winning this war. You must first understand what consciousness is. Research and figure it out. Turn off the TV. It is called “programming” for a reason!