The plan of the occult elites is to strip London, New York and Rome of their present roles as global financial economic and religious control centers


“…That the Venetian power will soon dump Britain as it moves its financial hub (City of London/Wall Street) into Dubai, the political power into Iraq and the religious power into the Latin Kingdom of Jerusalem, the international city of the New Middle East.”

There is a major war going on at the very pinnacle of the peak of the pyramid of worldly power. The final stage of evolution of predatory capitalism always ends the same way: “the snake of capitalism eventually eats its own head after devouring its tail and body”.

Exactly what does that mean?

There is an unprecedented war going on between the most powerful families within the Black Nobility of Europe. This conflict began with the purposeful decision to turn London into Londonistan. This was the beginning of a gradual process to remove London (and New York City) as the financial center of the world.

This conflict at the highest echelons of the Black Nobility first broke out in the open on June 17, 1982, in London. It was on that day that a very powerful Milan-born banker for the Black Nobility was found hanging under Blackfriars Bridge. Also known as “God’s Banker” because of his direct connections to the Vatican Bank as Chairman of Banco Ambrosiano, the second largest private bank in Italy, Roberto Calvi was a key change agent for the coming power shift. The British press reported the shocking murder in the City of London’s Financial District (aka Londinium – the Roman city established in 43 AD) as a P2 Masonic Lodge inside job and Mafia hit.

The spate of terrorist attacks in England, and especially in London, all reflect this emerging reality. The World Shadow Government (WSG) has been slowly rearranging the global geopolitical chessboard and particularly the three major power centers of the world. All of Europe has been experiencing a rash of terror events which were carried out to advance this hidden agenda.

The financial/economic control center will move to Dubai from the London-New York City. The religious high command will eventually move from Rome to Jerusalem. And the political/military headquarters will be relocated to Iraq (remember the multi-billion dollar embassy in Baghdad, the largest in the world) from Washington, D.C. (Pentagon).

There’s only one reason why all three power centers will soon be moving to the Middle East: the rapid advancement Greater Israel project. This is why the Arab Spring took place when it did, and why Iraq was conquered by the U.S.-formed coalition before that series of CIA-engineered fake revolutions occurred.

This joint Zio-Anglo-American project was greatly accelerated by the creation of the Islamic State by the CIA-MI6-MOSSAD. With substantial funding contributed by the Wahhabi terrorist state of Saudi Arabia, ISIS terrorism spread like wildfire overnight. In this way, the fledgling ISIL caliphate was established to move the indigenous peoples of the Northern Levant away from their ancestral lands to make way for the New World Order. (This NWO would eventually see a One World Government situated in the Mideast.)

The ensuing forced mass exodus has pushed war refugees and economic immigrants to the European Union with great effect and awesome consequence. Both Italy and Great Britain — the first and second homes of the Black Nobility, respectively, have suffered enormously under the manufactured strain of unbridled immigrant saturation. This is where the secret war is really being fought between the original ruling families of Northern Italy — the Venetian Black Nobility — and those English royal families who built the British Empire. 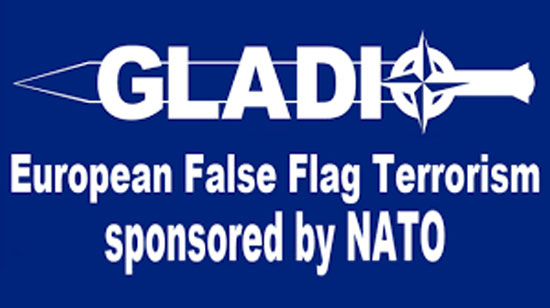 As far as the European Continent is concerned, Operation Gladio (directed by the North Atlantic Terrorist Organization) clearly has its sights set on the United Kingdom. It does appear that Brexit will not be permitted to proceed as planned.

The bottom line: the Roman Empire has been around a lot longer than the British Empire, and therefore has a great advantage on the Eurozone battlefield.