The purpose of mainstream media is thought control and suppression: How to find the facts between the propaganda 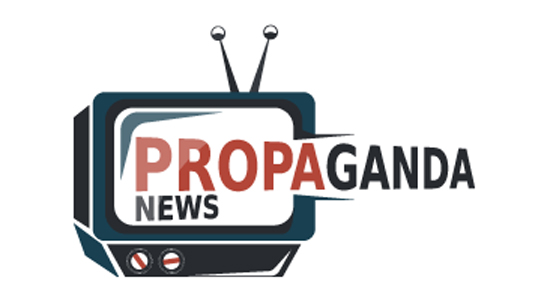 The average person living in the modern world today is bombarded with so much information on a daily basis, much of it conflicting, that he or she is likely to oscillate within a constant state of cognitive dissonance. Making sense of what’s true and what’s “fake” has basically become a full-time job, and people who already work full-time for a living and take care of their families simply don’t have the extra time necessary to make heads or tails of the increasingly complex reality in which we all live – hence why so many people simply accept whatever they’re told or what comes naturally to them.

Discovering what’s actually true in today’s world is a difficult endeavor, despite the fact that we now have the internet right at our fingertips like never before. That’s because there’s simply too much information out there now to try to sort through it all, especially when it counters the official narratives being spread by the mainstream media. Much of what people are told is “news” in other words is little more than propaganda designed to control people’s thoughts while suppressing all forms of thought that are independent or critical.

Beware of “newspeak”, “doublethink”, and the agenda of total thought control

One conspicuous tactic that the propaganda overlords love to employ on the masses is known as “newspeak”, which centers around the idea of keeping people confined to thought “baskets” that prevent them from discovering the full truth about the matter. Oftentimes there’s a little bit of truth contained in newspeak in order to cleverly disguise the full extent of it, while simultaneously making those who fall for it believe that they’ve attained understanding.

In his book The Common Good, Noam Chomsky writes about how newspeak, a term that was first coined by George Orwell in his famous book 1984, is used to create the illusion of free speech and press while accomplishing the exact opposite. Chomsky refers to newspeak as the “smart way to keep people passive and obedient” while limiting “the spectrum of acceptable opinion”. As long as the conversation remains within this spectrum, those under the delusion of newspeak will believe that they are debating the facts, and thus remain pacified.

Many conservatives will assume that such a tactic only resides on the liberal end of the spectrum, but the fact of the matter is that it also occurs on the conservative side. One example of this is President Trump’s repeated use of the phrase “fake news” to describe news outlets that criticize his policies or actions. While some news outlets may, indeed, be guilty of purveying fake news, the constant use of this phrase reiterates into his supporters’ minds that anything critical of the President is automatically fake, which shuts down their critical thinking skills and keeps them in a constant state of “acceptable” opinion.

Another common brainwashing tactic within this same vein is known as “doublethink”, which basically defines a particular concept with its opposite. A few examples of doublethink in 1984 include concepts like “freedom is slavery”, “war is peace”, and “ignorance is strength”. These concepts represent manifestations of mass mind control, under which many Americans have unfortunately fallen victim.

Google spy: Background noise can activate the voice assistant, which keeps recordings of your conversations