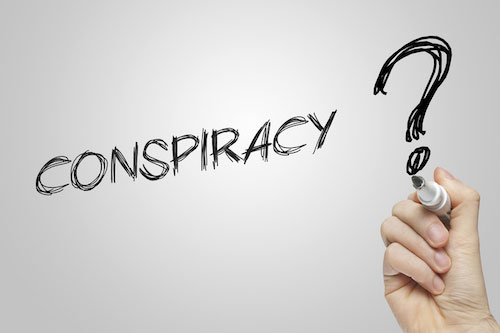 1. There’s no such thing as chemtrails. There’s only persistent contrails. False.

The term “persistent contrail” itself is an oxymoron, since it’s the very nature of contrails (condensation trails) to disperse after a short time, as they are made of condensation or vapor, which evaporates. Chemtrails (chemical trails), on the other hand, do not dissipate since they are composed of chemicals which do not merely evaporate, including barium, strontium and aluminum (as know from the soil testing research done in What in the World Are They Spraying?), nano aluminum-coated fiberglass (known as “chaff”), silver iodide, cadmium, chromium, nickel, radioactive thorium, desiccated blood, mold spores, yellow fungal mycotoxins, ethylene dibromide, polymer fibers, and various types of sulfates and nitrates. Nations like China have already admitted to cloud seeding and weather manipulation.

When the hidden network of true power strikes from behind the scenes, it controls the investigation afterwards. Key people in the media, politics and law enforcement distract the public and lead people in the wrong direction by shutting down investigation along certain lines. Real power has the ability to control who steps down right before an assassination to make it even possible, e.g. the backing off of JFK’s secret service from the limo right before the assassination. Another clue is that the perpetrators appoint their own kind onto the investigating commissions after the event to ensure they come to the “right” conclusion – former CIA head Allen Dulles was on the Warren Commission (despite being one of the JFK assassination conspirators) and Zionist Philip Zelikow led the 9/11 Commission (after they tried to get arch-NWO insider Henry Kissinger on it). The lone wolf narrative is a great way for the NWO conspirators to hide their power by blaming their crimes on random, crazy nutters, but it’s all a trick to hide the depth of the conspiracy.

3. The Government has to take our rights away because of the grave threat of (fill in the blank: communism, terrorism, Russia, Iran, North Korea). Not true.

If you believe this one, you’ve been cunningly tricked. Fear is the currency and war is the lifeblood of the state; they always have been and they always will. If we keep believing the next new threat is somehow different from the last, we’ll keep giving our power away. Yet, somehow the propaganda is often good enough to fool people into believing that this time it’s different when it’s just more of the same. The War on Terror and Radical Islamic Terrorism are essentially like trademarked propaganda inventions of the NWO, which have been used to full effect to justify anything the ruling class could not ordinarily get away with. This includes tightening laws on free speech, free association, ability to be presumed innocent before proven guilty, etc. as well as introducing laws like indefinite detention and imposing restrictions on freedom of travel (radiation and molestation at airports), freedom of information (censorship), privacy (surveillance) and more. Just waiting for a “terrorism tax” next … 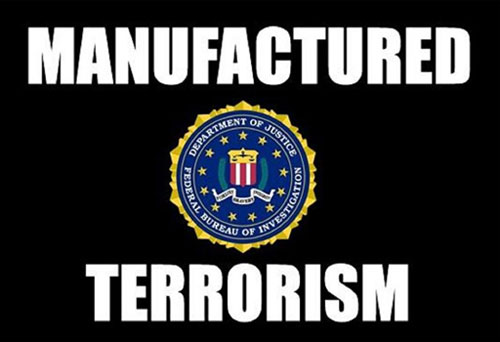 4. The Military Intelligence Complex (MIC) are serving the best interest of the American people. Nonsense!

Just the opposite is true. These agencies are an intrinsic part of the control grid being set up to enslave the people. Think about it: the FBI entraps, the CIA overthrows and the NSA surveils. The FBI has been caught again and again with its sting operations where it bribes, radicalizes and tricks poor people. The FBI (could be better called Federal Bureau of Illusions, instead of Investigations) fools them into taking up arms, only to turn around, arrest them and then proclaim loudly to the public: “Look, we’ve caught another terrorist and saved you!”

The CIA (could be better called the Cocaine Import Agency) has had these key mission objectives ever since its inception: regime change, foreign and domestic assassination (JFK), propaganda dissemination (Operation Mockingbird), all funded by weapon running and drug running. The NSA (aka No Such Agency) spies on anyone it wants, anywhere, anytime, and skirts the law at will with a variety of methods, such as pushing the American people’s data to the UK, then intercepting and grabbing it there, then claiming: “We’re not engaged in domestic spying!”

The MIC has long been manipulating public opinion, with deep reach into the Mainstream Media and Hollywood. The recent revelation that CIA/Pentagon made 1,800 movies and TV shows to make America love war shows the shocking extent to which the MIC controls Hollywood.

5. Mind Control only happens to abducted individuals in back military ops. They can’t read my thoughts.

You may get disappointed here, or better said, disillusioned: actually there is already technology in existence to do truly scary and unbelievable things – and that’s just what we know about. The truly cutting edge technology which is locked up in secret black military operations has been estimated to be anywhere from 100-1,000 years in advance of what we have in the public sector, depending upon whom you ask. There is only so much we can know at this stage, but look at what is already out there – the current state of mind control technology, including the Lilly Wave, erasing memories, implanting fake or false memories, OIW (Offensive Information Warfare), forced or induced dreams, the Voice of God and the Cybernetic Hive Mind. 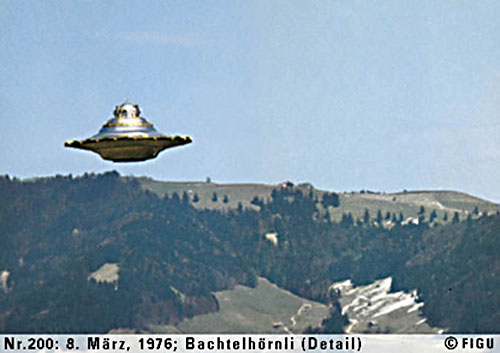 One of the famous UFO photos of alien contactee Billy Meier

6. UFOs don’t exist. All UFO footage is made up. False.

There is simply too much evidence, from firsthand accounts and witness testimony to declassified governmental documents to photos and video footage. Yes, there may be some hoaxes, however one cannot explain away all of it by claiming it’s all fake. The late patriot and veteran researcher Bill Cooper claimed during his military years that he personally witnessed a UFO descend from the sky at lightning speed, enter the ocean and submerge itself, then later come out of the ocean and ascend to the sky at such a velocity it appeared almost instantaneous. Consider the detailed accounts of many famous ET contactees, many of whose accounts involve seeing and even riding aboard UFOs or antigravity craft. Consider the voluminous and now declassified governmental files (of governments like Britain, France and Mexico) who have opened the books and let the public see the photographic evidence of UFOs they have been hiding for decades.

It would appear they do, unless the conspiracy cuts so deep that governments around the world have conspired to invent the whole thing – and that every single legitimate case of contact and abduction was really the military in disguise. However, this is extremely unlikely. Consider the testimony of Bob Dean, who was high up in NATO and talks about the top brass there was scared of the power of unknown UFOs outrunning and outgunning their jets. He repeatedly mentions how the top brass were also scared by the fact that human-looking ETs could be walking the halls of the Pentagon without anyone detecting them (since they looked so human-like).

Consider the testimony of Phil Schneider, who was killed for his disclosure, describing his subterranean skirmish with some nasty Grey ETs in a DUMB (Deep Underground Military Base). Consider the case of John Edmonds, the man who fights Grey ETs on his land. Consider the testimony of William Tompkins, who claimed he eventually discovered that his secretaries were ETs. Consider the testimony of retired sergeant Clifford Stone, who claims he knows for a documented fact that there are at least 57 alien species already interacting with humanity in some way or another! There is evidence by the mountain-load, and hiding the Alien/ET issue from the public is a vital part of the grander conspiracy of the malefic elites who control the planet from the shadows.

8. There is no Secret Space Program and there is no conspiracy beyond this planet.

Really? How do you know? If that’s the case, how do you explain Gary McKinnon hacking into the US Military and NASA databases in 2002 and finding references to “non-terrestrial officers“, “fleet-to-fleet transfers” and even a list of ship names? How do you explain the cogent and detailed testimonies of 7 different and independent individuals, all of whom claim they have set foot on Mars (Michael Relfe, Arthur Neumann [pseudonym Henry Deacon], Randy Cramer [pseudonym Captain K], Andrew Basiago, Bernard Mendez, Michael Prince and Rayellan Russbacher)? How do you explain the in-depth testimony of Captain Mark Richards, who claims he was a former captain in the Secret Space Program, supported by testimony from his wife Jo Ann Richards? Even if you exclude the testimony of Corey Goode (due to credibility issues), we still have a vast amount of evidence pointing to the existence of such a program.

Conclusion: So Much Conspiracy Propaganda is Out There, But with Reason and Intuition, You Can Cut through It

There is a lot of propaganda, and a lot of myths and disinformation everywhere around us. However, we have all been equipped with the faculty of reason, so we can use our minds to discern what is true or false. More than that, we have been endowed with the faculty of intuition, Think of it like a truth-sensor in your gut/heart. The more we can develop that truth-sensing compass within, the more we can cut through the lies and conspiracy propaganda to reach a fuller awareness of the truth.