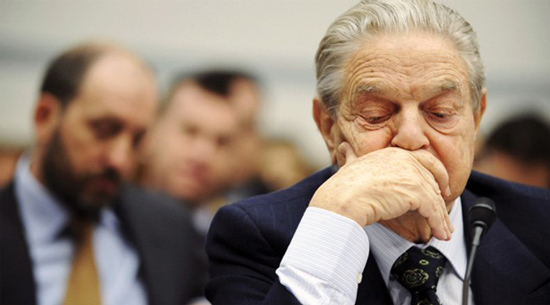 Soon after coming to office, Trump announced that he was scrapping the 12-nation Trans-Pacific Partnership (TPP) that his predecessor President Barack Obama had sought to complete during his eight years in office.
“Forget Soros’s New World Order for now because a new sheriff, Donald Trump, the 45th US President arrived on in Washington promising to drain the swamp. TPP is a now history and it will be interesting to see who is naked at low tide”, Feierstein noted.

The top-secret TPP free trade agreement was one of the worst trade deals ever crafted by Washington’s pay-to-play culture of corruption, Feierstein stated. “How could any rational individual or sovereign be supportive of a secret ‘trade deal’ with zero transparency and legal language drafted by multi-national corporations?” he asked.

The TPP was deliberately crafted to ensure a form of globalization so that these same corporations who designed the rules could operate in the dark with total impunity while stripping member nations of their sovereignty and denying consumers of all their rights and protections, Feierstein explained. “TPP was Obama’s ‘Crown Jewel’ achievement after 35 years of failed neoliberalism funded by oligarchs for the benefit of oligarchies”, he observed. 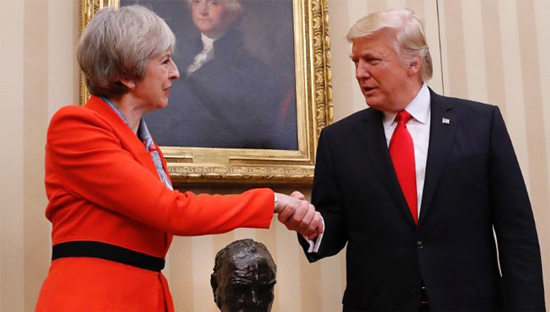 Just a week after the presidential inauguration, the British Prime Minister was due to kick off a two-day visit to the US with an optimistic and heartfelt call for a renewal of the “special relationship” between the two nations.
She used a speech to congressmen and women in Philadelphia to say that the firm transatlantic alliance that won two world wars is vital for “a new age”.
“We have the opportunity to lead, together, again” the Prime Minister said.

Her speech to senior members of Donald Trump’s Republican Party came ahead of her visit to the White House. She was the first national leader to hold a face-to-face meeting with the new president in what was seen as a massive vote of confidence in the special relationship from the new administration.

Speaking at the annual gathering of Republican congressmen and women, the Prime Minister pointed out that Britain and the US are facing periods of drastic change following the Brexit vote and the election of President Trump.

“As we rediscover our confidence together – as you renew your nation just as we renew ours – we have the opportunity – indeed the responsibility – to renew the Special Relationship for this new age”.
“We have the opportunity to lead, together, again” Mrs. May said.
“The United Kingdom is by instinct and history a great, global nation that recognizes its responsibilities to the world.”
“And as we end our membership of the European Union – as the British people voted with determination and quiet resolve to do last year (2016) – we have the opportunity to reassert our belief in a confident, sovereign and Global Britain, ready to build relationships with old friends and new allies alike.”

She added: “The leadership provided by our two countries through the Special Relationship has done more than win wars and overcome adversity. It made the modern world.
The institutions upon which that world relies were so often conceived or inspired by our two nations working together.
It is through our actions over many years, working together to defeat evil or to open up the world, that we have been able to fulfil the promise of those who first spoke of the special nature of the relationship between us – the promise of freedom, liberty and the rights of man.”