Trump is done: The coup is complete 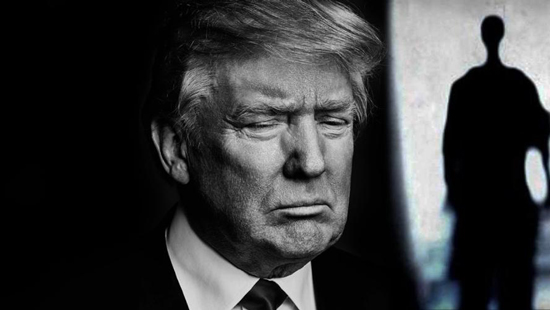 If there is one thing the last 48 hours have proved to me (the 48 hours that Trump announced US needs to make a decision about attacking Syria or not, which ended with the missile attack on Syria on Saturday, April 14, 2018), it’s this: Donald Trump is no longer acting President. The coup against Trump has been completed.

I’m going to keep this simple. Follow the dots and you’ll understand my point of view:
1. The Deep State’s lies are being unraveled in real time thanks to the collective intelligence of the internet and our ability to synthesize data in real time.
2. The Skripal poisoning and the latest Syrian “chemical weapons” attack share the same thing: both set government officials off rushing to judgment and action before any official investigation could debunk them.
3. Trump has annoyed severely everyone in power on both sides of the Atlantic since coming into power.
4. He has been a material threat to powerful members of the Deep State/Shadow Government who have unmasked themselves as criminals to avoid losing power.
5. Trump needs to be neutralized. And up to this point he hasn’t been, as you can see from his tax cuts, deregulation, Executive Orders against Obamacare, TPP, TTIP.
– He’s attacking the current managed trade schema of Wall St. and the City of London via trade war rhetoric with China and the EU.
– Russia collusion narrative has failed completely. Mueller’s investigation has now “jumped the shark”.
6. Things were falling into place for Trump, Jinping and Putin for a wider peace framework from North Korea to the Middle East. This does not serve the entrenched powers in D.C., New York, City of London, Riyadh and Beirut.
7. The operation to destroy Syria is at least a 20 year old idea. It will not be derailed. It goes back to overthrowing Assad’s father. John Bolton is one of the architects of this mess.
8. Trump’s tweets right after the latest announced attack rang false. The word choice was all wrong. Tone right. Words wrong.
9. This morning’s tweets. The same way. “Gas killing Animal”? Who’s writing his material now? A third-grader?
10. These tweets will be used as evidence against Trump in his upcoming either resignation or removal from office.
11. They have to, in order to countermand his historical public record against intervention in Syria as well as his publicly-stated intentions, to pull out of Syria “real soon”.
12. Trump would not telegraph his military posturing like this, for example Al-Shairat (village in central Syria, in Homs), MOAB [Massive Ordnance Air Blast – a large-yield bomb (11 tons). At the time of development, 2003, it was touted as the most powerful non-nuclear weapon in the American arsenal]. He’s made that point abundantly clear.
13. These tweets and past events will make a case for him not being fit for office.
14. After the U.S. and the coalition Obama and David Cameron could not put together in 2013 commits serious war crimes in Syria and the reality in Douma is revealed, i.e. no chemical weapons were even used, Trump will be blamed for rushing to judgment.
15. He is Commander-in-Chief. His military handlers will turn on him in a heartbeat and all of this will be used as proof of his insanity.
16. The headlines are preparing us for this. The GOP is split on him at this point, some openly wishing for him to fail.
17. At the announcement of response in Syria, Trump looked defeated. He doesn’t look like himself. He’s done.
18. The reality is that he’s not making these decisions. These decisions were made for him and, like every other President, he’s trapped having to sell it.
19. If he resists, his family dies. His businesses destroyed. Or he can go along, do what he can and after four years leave the office in disgrace.
20. And he will be blamed for it all.

I told months ago: when you make a deal with the devil, in this case the Neoconservatives, you do so at your own peril. When Trump reversed course on Afghanistan, the fix was in then. He would be allowed, like all presidents, to play around at the edges of domestic policy, but the foreign policy train will not be derailed.
That’s what fuels the Empire. That’s the game. And the events of the past four days (April 10-14) tell you what’s what.

The NSA Wants a Skeleton Key to Everyone’s Encrypted Data