Trump Lashed Out At FBI And H.R. Mcmaster In Tweets

President Trump took to Twitter in February and laid into both the FBI and his National Security Advisor, H.R. McMaster – shredding them within 15 minutes of each other over recent failures. 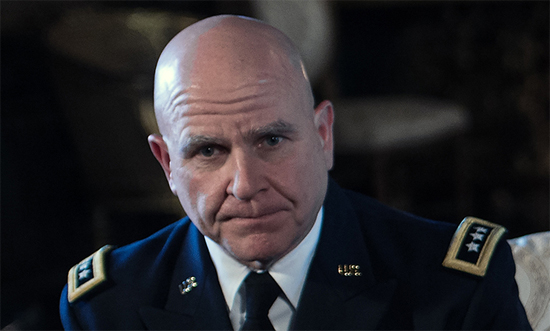 First, Trump excoriated the FBI for missing “all of the many signals sent out by the Florida school shooter,” and knocking the agency for “spending too much time trying to prove Russian collusion with the Trump campaign – there is no collusion.”

“Very sad that the FBI missed all of the many signals sent out by the Florida school shooter. This is not acceptable. They are spending too much time trying to prove Russian collusion with the Trump campaign – there is no collusion. Get back to the basics and make us all proud!ˮ Donald J. Trump, February 18, 2018.

The FBI was warned about Cruz after he posted on YouTube saying he was going to become a “professional school shooter.” The agency said they couldn’t identify the user who made the threat, despite Cruz posting under his own name.

The FBI also received a tip on January 5 from someone close to Cruz that he owned a gun and had discussed committing a school shooting. The bureau acknowledged that it failed to investigate the tip – saying that the call should have been assessed and forwarded to the Miami FBI field office, according to the New York Times.

With calls for Trump-appointed FBI Director Christopher Wray to step down in the wake of the shooting, one had to wonder if Trump’s tweet was foretelling of yet more shakeups at the FBI.

President Trump’s tweet was directed at H.R. McMaster, after the National Security Advisor told an international audience at the Munich Security Conference that Russian interference in the US election is “now incontrovertible” following Special Counsel Robert Mueller’s indictments of 13 Russian nationals.

Trump shot off an angry tweet, noting that McMaster failed to mention that “the results of the 2016 election were not impacted or changed by the Russians,” as told by Deputy Attorney General Rod Rosenstein, adding “the only collusion was between Russia and crooked H, the DNC and the Dems. Remember the dirty dossier, uranium, speeches, emails and the Podesta company!”

“General McMaster forgot to say that the results of the 2016 election were not impacted or changed by the Russians and that the only Collusion was between Russia and Crooked H, the DNC and the Dems. Remember the Dirty Dossier, Uranium, Speeches, Emails and the Podesta Company!ˮ Trump posted on Twitter, 17 February, 2018.

Deputy Attorney General Rosenstein: “No allegation in the indictment of any effect on the outcome of the election.”

With incontrovertible evidence that the FBI has been both criminally inept and criminally conspiratorial against Trump and his associates, one has to wonder if Trump is about to leverage developments to clean house.