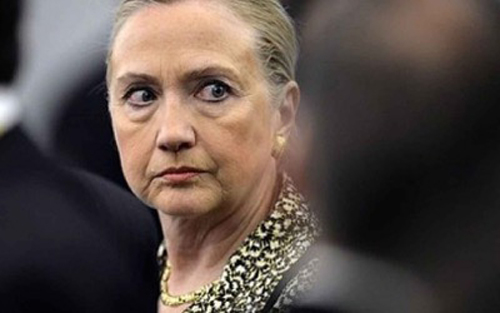 Two Russian citizens set to testify against Hillary Clinton have been allegedly killed in an “inexplicable” plane crash in Moscow, according to reports.

Sergei Millian, a Belarus-born businessman who has worked with the Trump Organization and was reportedly a key source in the explosive dossier alleging ties between President Donald Trump and Russia was supposedly killed when the internal flight crashed just outside of Moscow on February 11, 2018.

Also dead in the plane crash is said to be Ivanov Vyacheslav, the Chief Financial Officer (CFO) of Rosatom. The Russian company owns Uranium One, the uranium mining company at the center of a controversial sale overseen by the Clinton State Department in 2013 that gave Russia the right to 20 percent of U.S. uranium production capacity.

All 71 people on board, including crew and passengers, died in the crash. The full list of names including Ivanov Vyacheslav (number 32, circled) and Sergei Panchenko (Millian’s Russian patronymic name; number 50) can be seen below: 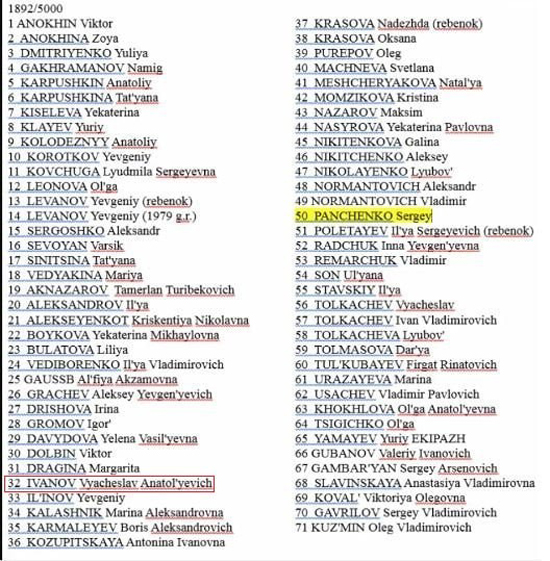 The alleged deaths of the two Russians involved in current Clinton scandals have sparked rumors the crash was not an accident. However, the identities of the two, and whether they are the same persons with those involved in the Clinton testimonies, have not been confirmed yet.

The plane was an An-148 belonging to Saratov Airlines that had taken off from Moscow’s Domodedovo Airport and was headed to Orsk, about 1,000 miles southeast of Moscow, REN-TV reported.

Russian authorities remain puzzled by the crash, stating that the plane did not suffer mechanical failure. “The crew of the doomed aircraft did not report any malfunctions”, Svetlana Petrenko, an official representative of the Investigative Committee of the Russian Federation, told Interfax.

Russian President Vladimir Putin postponed a planned trip to Sochi to “closely monitor the investigation” and offered his condolences to the families of those killed.
Kremlin spokesman Dmitry Peskov said in a statement to Interfax that Putin “instructed the government to set up a special commission in connection with the plane crash in the Moscow region and instructed the relevant agencies to conduct the necessary search operations”.

The flight took off from Moscow’s Domodedovo Airport and spent about 5 minutes in the air before “exploding” about 12 miles southeast of the airport, according to Flightradar24, a flight-tracking website.
A local resident told REN-TV she heard the explosion. “I left the house, saw the plane, an explosion was heard and the sky turned red,” the unnamed woman told the television station. 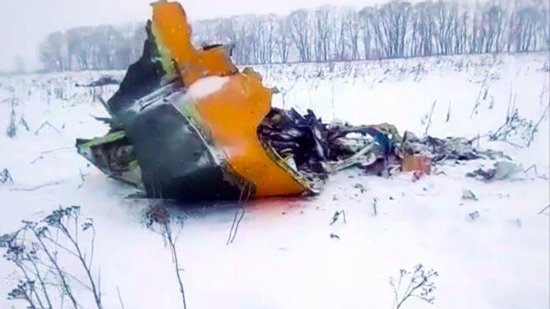 While it remains to be seen what caused the crash, if Sergei Millian and Ivanov Vyacheslav prove to be the same persons with those involved in the testimonies, they would be the latest individuals with close ties to Clinton scandals to die in suspicious circumstances in recent times.

WikiLeaks collaborator, James Dolan, who co-created the technology that allowed WikiLeaks to obtain and publish the leaked DNC and Podesta emails, was found dead in suspicious circumstances in early January. He was 36. Few details about his death have been made public.

In December, Dr. Dean Lorich, an orthopedic surgeon who volunteered in Haiti and exposed Clinton Foundation corruption and malpractice on the island, was also found dead in his New York home. He was 54 and the authorities claim he “stabbed himself in the heart” and let his young daughter find him. Family and friends have disputed this ruling.

Given the current rate of mysterious deaths surrounding the Clintons, the high-ranking FBI official who talked of “La Cosa Clinton” recently – placing the Democratic political family in the same category as the mafia clans of Gambinos, Colombos and Luccheses – may be closer to the truth than many would like to believe.

“The Clintons, that’s a crime family” declared former New York FBI chief James Kallstrom in a radio interview. “It’s like organized crime, basically. The Clinton Foundation is a cesspool.”
Describing the Clintons as dishonest, greedy and Machiavellian, during the interview with supermarket billionaire John Catsimatidis on AM970, the former FBI chief added: “It’s just outrageous how Hillary Clinton sold her office for money. And she’s a pathological liar, and she’s always been a liar.”