WARNING: The Elite Are In PANIC– ELITE UNDERGROUND BUNKERS

Why are so many of the super wealthy preparing bug out locations? 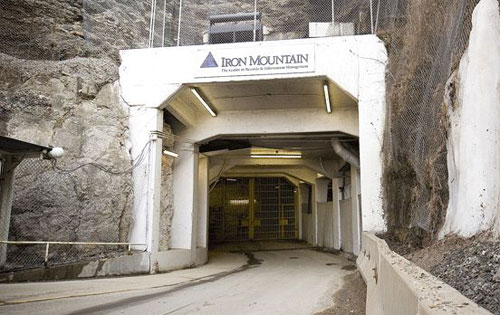 One of them is believed to be large enough to house 60,000 persons, with a special air filtration system designed to withstand a nuclear, chemical or biological attack. Enough food and water is believed to be stored at the site to sustain the entire underground population for months on end.

Die-hard [U.S.] planners actually have their eyes on targets in Russia and China, including leadership bunkers. For these planners, the Cold War never ended. Their top two candidates [i.e. targets] in Russia are located inside the Yamantau and Kosvinsky mountains in the central and southern Urals. They have also been constructing thousands of new underground shelters in major cities, such as Moscow. 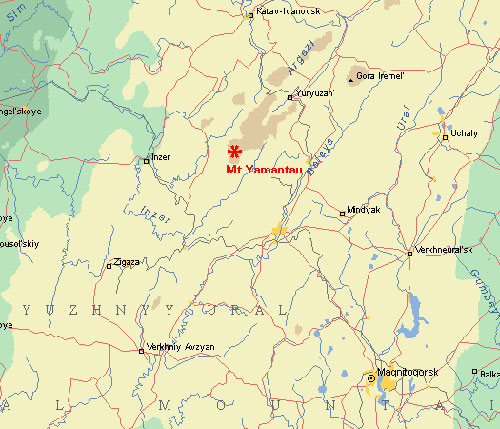 Nearly 5,000 new emergency shelters were said to be built in Moscow by 2012 to save people in case of potential disaster. Though the bunkers were supposed to be designed to shelter the population in the event of a catastrophe, government officials say it’s only a precaution and they do not expect such an outbreak (e.g. Chernobyl) to occur.

The Russians have recently finished work on a brand new national center in Moscow that contains extensive underground facilities. Russia is also launching a new national defense facility, which is meant to monitor threats to national security in peacetime, but would take control of the entire country in case of disaster.

In addition, the Russians have also been developing a new system that is designed to keep U.S. from getting to their targets in the first place.

If USA does decide to send lethal aid, the Russians are going to flip out. As it continues to take even more steps along the road, the United States is completely and utterly unprepared as one of the biggest and most dangerous issues in recent history uncovers: a Rosetta Stone that will decode the deception taking place throughout our world.

As preparations intensify, the public is being told it’s not a danger anymore. Get this emergency broadcast out to everyone you know before the time for action runs out. Over the past few years, wealthy people all over America have been equipping their homes with futuristic high tech security systems that go far beyond the kinds of things portrayed in recent Hollywood films such as The Purge.

We are talking about security bunkers with their own sustainable sources of food and water, hidden passageways that lead to ballistics-proof panic suites, and thermal heat detectors that can detect someone hiding up to 15 kilometers away. Most of these security measures will probably never even be needed if things stay pretty much as they are today.


In fact, a prominent insider at the World Economic Forum in Davos, Switzerland says that “Very powerful people are telling us they’re scared” and he shocked his audience when he revealed that he knows “hedge fund managers all over the world who are buying airstrips and farms in places like New Zealand”.

So what do they know?

Why are so many of the super wealthy suddenly preparing bug out locations?
When the elite of the world starts preparing for doomsday, that is a very troubling sign. And right now the elite appear to be quietly preparing for disaster like never before.

TOP SECRET: US Government plans are already in place for an impending doomsday

That is the claim from end of the world survival experts, who believe that governments such as the US and Britain are preparing secret complexes to ensure the survival of a global elite. 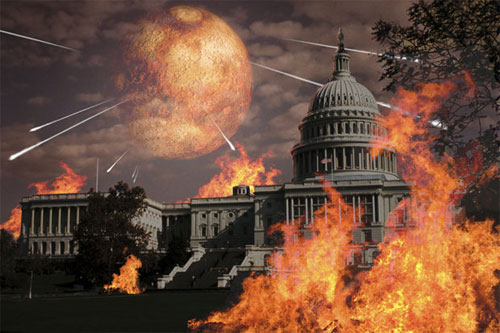 Earth’s political class is digging out gigantic underground bases as they get ready for a looming apocalypse. Giant survival bunkers connected by underground high speed trains have been built in the US beneath the Rocky Mountains, according to the claims.

Peaking exclusively to Daily Star Online, Robert Vicino, head of the survival firm Vivos, made the shock claims as he warned of an impending apocalypse. He said: “They do not have a plan for you and me, but they have a plan for themselves.” Vicino added: “You have to ask yourself, why did Russia just have a drill for 40 million people?”

US officials have been preparing “deep underground shelters” below Denver for the past three decades – and the survivalist said they are now ready but not for the use of general population.

Vicino claims the US government have been working on fully kitted out survival shelters since 1983. The biggest of these is located in Colorado, beneath the city of Denver, and has room for just 10,000 people – with spaces earmarked for government officials and powerful individuals, he said.

This gigantic complex – which is also linked to the rumors of the Illuminati and apocalypse predictions from the Denver Airport – is connected to the US capital Washington by an underground “high speed train”. 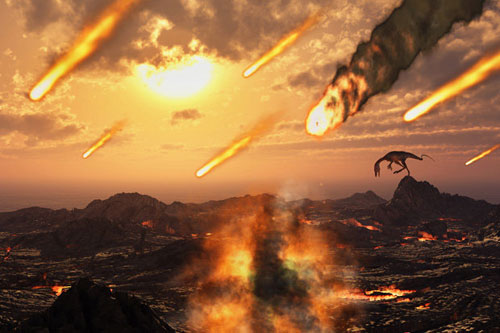 Asteroids wiped out the dinosaurs, could we be next?

Vicino said: “They built them with one of those giant drills which the British and French used to dig the channel tunnel. Except these are nuclear powered and they glazed the walls of site into glass so it hardened.

There were stories in the late 90s and early part of this century were people across the United States, small towns in the mid east, could hear something which sounded like a train beneath their cities, day after day, but no one knew what it was.”

You won’t be saved by the government from the end of the world, according to survivalists

The disaster world governments are preparing for: the arrival of Planet X – also known as Nibiru – which is due to arrive in September 2017, according to Vicino.
Earth will be caught in the magnetic field of the planet and showers of debris from the object will rain devastation upon the world’s population.

Vicino said: “They know something is coming, and I do not think they built those shelters deep underground for World War III – because you do not have to go that deep. I believe they know something is coming which is epic and they have known about for decades when Nibiru was discovered by the IRAS telescope. It was announced then it was suppressed, no government agency was allowed to ever discuss it again.” 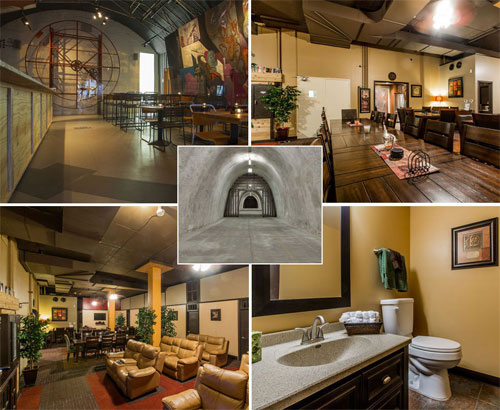 Nuclear Fallout: Luxury bunkers for the end of the world

The survivalist explained: “No government in the world is going to tell you about something life threatening unless they have a solution for you, because otherwise it’s going to cause social meltdown. People that think it’s crazy are the ones who have not spent any time doing research. It’s easy to say ‘the sky is not blue’ if you have never done any research on what color the sky really is. If you don’t read and sit there playing with iPhone and watching television, you are probably already a walking zombie, but they should not demean those people who have taken the time to deeply research this stuff.”