As the American Empire’s new realities from the false flag Skripal poisoning to Syria’s fake chemical attack were reaching the end of the road, a very interesting Security Council (SC) report circulating in Kremlin stated that the United States, nevertheless, had just engaged in another exercise of teenage-like military game when it attacked Syria in violation of all international laws.

This attack left the West in horror as fully 70% of the missiles fired at different targets were obliterated by Syrian air defense units, and as a result, according to the General Staff report, no lives were being lost. [Note: Some words and/or phrases appearing in this report are English language approximations of Russian words/phrases having no exact counterpart.] 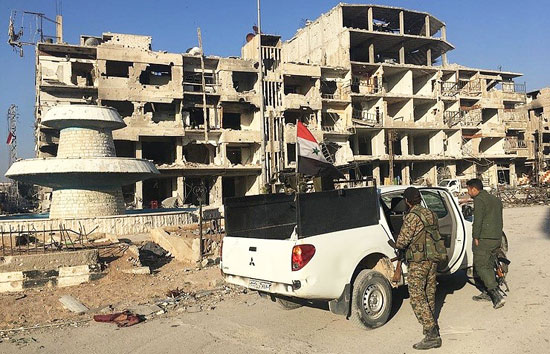 United States, British and French military forces spent over $163 million to destroy Syrian government science building worth less than $1 million that was scheduled for demolition

According to the Kremlin report, in one of the most bizarre events ever recorded in modern world military history, during a period of 72 hours prior to the attack the Americans pleaded with Russia to allow them to launch a missile strike on Syria. They were urging Russia to see the value of this “one time shot” they said would protect President Trump against his “Deep State” enemies seeking to oust him in a “palace coup” by absurdly claiming that he’s a puppet of Moscow.

First pointing out to the Americans that there were no actual targets they could strike in Syria, as its most advanced warplanes, helicopters and political-military leadership had already been evacuated to Iran, the Russian General Staff, though, did create an “acceptable target list” for the US and its UK and French allies to use that included the Syrian government’s Barzeh research center building scheduled for demolition later this year to make way for housing blocks, and the Syrian controlled Mezzeh and Dumayr airbases that were scheduled for major reconstruction work due to previous Islamic terrorist damage done to them.

In offering this “acceptable target list” to the Americans, the General Staff warned the US and their allies that they would have to keep away from Russian air defense units in Syria, which they did – with the Americans further being warned that if any missiles fired by the USS Donald Cook came close to any Russian assets in Syria (as its close proximity to Russia’s naval base in Syria is considered by the Russians a “first strike” threat). The Americans have also been warned that the General Staff had deployed to Iran its heavy bombers which would immediately strike US “targets of opportunity” throughout all of Syria if any deviation to this “plan” was seen. 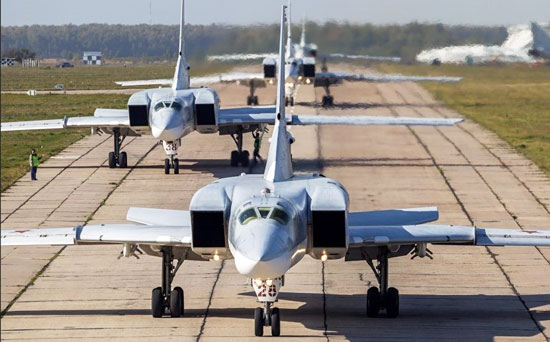 Russian heavy bombers waiting at Hamedan State airbase in Iran for orders to strike US military targets in Syria, on April 13, 2018

With the Americans and their allies accepting the “war constraint conditions” imposed on them by the General Staff, at approximately 04:00 (GMT + 3) Moscow time on April 14, 2018, US warships Porter, Donald Cook and Higgins, along with American B-1 Bombers and British Tornado and French Mirage fighter aircraft, fired a barrage of 103 cruise missiles into Syria – that were instantly repelled by Syrian counterstrikes from S-125, S-200, Buk, Kvadrat and Osa air defense systems that quickly downed 71 of these Western cruise missiles – meaning fully 70% of the missiles fired at Syria were destroyed.

The types of armaments used by the US and its allies in illegally attacking Syria included Tomahawk missiles, GBU-38 guided bombs and Scalp EG “Storm Shadow” missiles.
The 32 missiles that survived Syrian air defenses then partially destroyed a scheduled for demolition Syrian government research building, did minimal damage to the Syrian government’s Mezzeh airbase, but the Syrian government’s Dumayr airbase was not harmed at all, as it was able to destroy all 12 of the missiles fired at it.

When combined with the 59 American cruise missiles illegally fired into Syria last year (2017), 34 of which being immediately shot down by Syrian air defenses, and with the average cost of these Western missiles being $1.5 million per piece, the Western firing of another 103 missiles into Syria, and having 71 of them destroyed, puts the total cost of these two strikes at over $243 million – $157 million of which was spent to see them exploding uselessly in the sky, that the West, nevertheless, is absurdly celebrating. The only real life comparison the General Staff can liken this to is the “cheap thrill” a teenage boy has after amusing himself with photos of naked women in pornographic magazines. 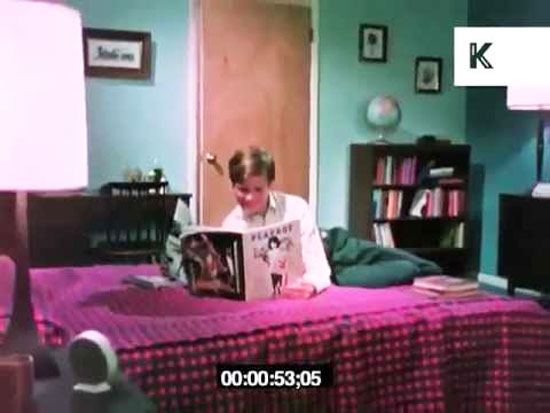 To the grown up adult world that Russia lives in, however, the American-led attack on Syria is a blatant act of aggression against a sovereign state whose goal was to prevent international experts from investigating the fake news claim that Syria had used chemical weapons. The Americans, in essence, became the “ISIS air force in Syria” to do so – but that stands in stark opposition to the irrefutable evidence presented by Russia proving that the British staged this false flag chemical attack in the first place. At that time, Foreign Minister Sergei Lavrov, also, was stunningly citing data from a Swiss laboratory that the BZ toxin that was used in the poisoning of the Skripals has been in the possession of the US and the UK, but has never been produced in Russia.

The Kremlin report ends by noting that a consensus agreement among all Security Council members was reached to allow, for a single time, this basically useless Western attack on Syria in exchange for a total US withdrawal from all Syrian territory no later than October 2018. People were dancing in the streets of Russia, Syria and Iran in celebration of this news – and as the alternative to President Trump would be his “Deep State” globalist adversaries seeking total war on Russia, is the smallest price to be paid for a final peace to be achieved. However, the larger price would be paid by Trump, whose once loyal supporters in America have erupted into indignation and anger for his allowing “the warmongers to hijack our nation” – even to include one of Trump’s most loyal supporters, Alex Jones of Infowars News Service, who, broke down in tears while doing his national television newscast and declared: “He’s crapping all over us… Trump’s now a fraud… and I’m done.” 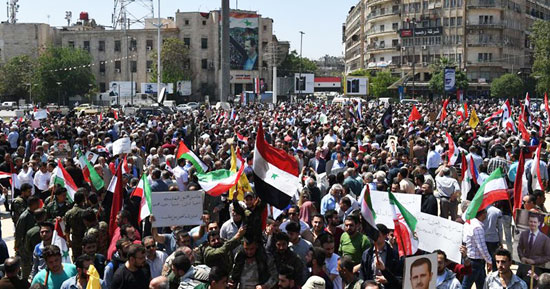 People in Syria, Iran and Russia flood into the streets to celebrate American attack humiliation

Why Men With Dark Intentions Destroyed The Library Of Alexandria