West’s Shadow Behind All Terrorist Groups, Including Daesh – Erdogan 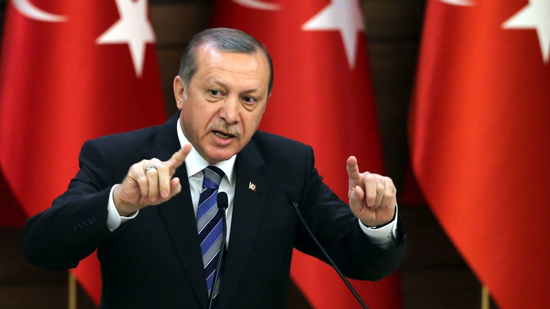 Turkish president lashed out at the West over its alleged “support” of terrorist groups.

Turkish President Recep Tayyip Erdogan has said that the “West’s shadow” is behind terrorist groups, including Daesh and al-Qaeda. He yet again accused the US-backed Syrian Kurds, Ankara believes to be linked to the PKK (outlawed in Turkey), of attempts to create a “terrorist corridor from Afrin to the Mediterranean” on the border with Turkey and vowed to defend his country’s security.

“Islamic State [Daesh, ISIS, banned in Russia], al-Qaeda, PKK – behind all these organizations you will see the shadow of the West. All of them find refuge in the West. Where is FETO? Also in the West. They receive very serious financial support”, President Erdogan said in October (2017), speaking to activists of the ruling Justice and Development Party.

Commenting on the military operation by the Turkish army to support Free Syrian Army rebels’ fight against al-Nusra Front in Idlib, Erdogan said that the situation on the border with Syria is a threat to Ankara and “if we didn’t take our measures, bombs would fall on our cities”, referring to a deal on the creation of a de-escalation zone in the area brokered by Moscow, Tehran and Ankara.