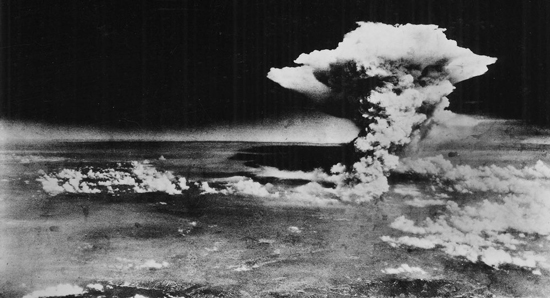 August 6, 2017 marked the 72nd anniversary of the first nuclear weapon ever used in warfare in human history, when an atomic bomb, codenamed “Little Boy”, was dropped on the Japanese city of Hiroshima on August 6, 1945. Three days later, a second atomic bomb landed in Nagasaki, Japan.

Terumi Tanaka was on the second floor of a wooden house in Nagasaki, Japan, when bright white light all of a sudden surrounded him on August 9, 1945. Only a 13-year-old boy at the time, he tried to run downstairs as fast as he could, but was knocked unconscious by the following blast. When Tanaka regained consciousness, he was under the cover of a large glass door, which miraculously did not break and saved his life. Tanaka’s house was about 3.2 kilometers [2 miles] from the epicenter of the atomic bomb, codenamed “Fat Man,” dropped on Nagasaki by the US Air Force.

Tanaka’s family members, including two of his aunts who lived closer to the epicenter, were not as lucky as him. On the third day after the bombing, he walked past hundreds of corpses and seriously injured survivors, who were left unattended, trying to find out whether his relatives were safe.

Tanaka eventually found out that five of his family members were killed in the devastating nuclear attack. He had to cremate his aunt’s body in a field.

“I will not stop thinking about this tragic and disastrous scene until I die. Nuclear weapons are not just weapons. It’s a devil’s tool. It cannot coexist with the mankind,” Tanaka, who now co-chairs the Japan Confederation of A-and H-Bomb Sufferers Organizations (Nihon Hidankyo), told Sputnik.

In an effort to force the Japanese wartime government to accept an unconditional surrender, the US president at the time, Henry Truman, made a controversial decision to use the newly developed atomic bombs, from the Manhattan Project, against targets in Japan. The Truman administration argued that the use of nuclear weapon was necessary, because Japan’s warrior code that inspired its military invasion in Asia considers surrender dishonorable. During the World War II, defeated Japanese leaders preferred to take their own lives in the painful samurai ritual of seppuku, suicide by disembowelment. A land invasion of Japan could have cost the lives of as many as 100,000 US soldiers.

Japanese Emperor Hirohito announced the nation’s surrender in a recorded radio address on August 15, 1945, six days after the second atomic bomb was dropped in Nagasaki.

Some US historians argued that the decision to deploy nuclear weapons also served the purpose of preventing a possible Russian invasion of Japan and ensuring US influence in the Asia-Pacific after the war. The Soviet Union launched its invasion of Japanese puppet state of Manchuria on the same day as the atomic bombing of Nagasaki. However, Jeremy Kuzmarov, an assistant professor of American History at the University of Tulsa, told Sputnik that he believes the United States may have deliberately prolonged the war.

“That’s because there was such huge investment, in terms of taxpayer dollars, into the Manhattan Project. They feared that taxpayers had to see some return for their dollars. They needed to demonstrate the strength of US military power to show that money has been well spent and to show the world who is boss,” he said.

Kuzmarov added that there was heavy censorship initially after the attacks from US authorities, seeking to convince the public that Hiroshima was a military base.

“That was the original propaganda. Of course, that’s not true. Huge number of civilians were affected both short and long term. That makes it a heinous act,” he said.

Official figures estimate up to 140,000 civilians were killed in Hiroshima, with another 80,000 killed in Nagasaki. Many victims did not die on the first day of the attack, as a large number of them died from effects of burn and radiation sickness. Numerous survivors also suffered a wide range of sickness, as a result of exposure to radiation. Former US president Barack Obama became the first sitting US leader to visit Hiroshima in May 2016. But he did not apologize for the decision to drop the atomic bomb.

“Why do we come to this place, to Hiroshima? We come to ponder a terrible force unleashed in a not-so-distant past. We come to mourn the dead,” Obama said in a speech at Hiroshima’s Peace Memorial Park. 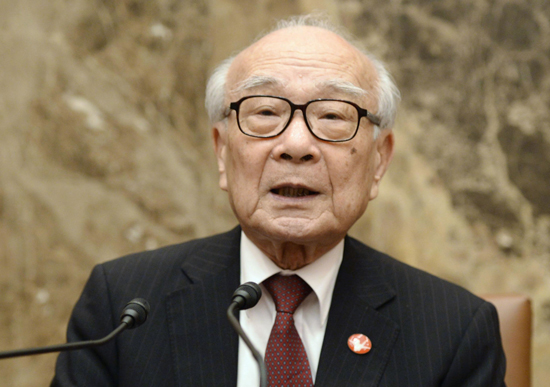 Almost 72 years after the catastrophic nuclear bombing, many big nations in the world, especially those who have already developed nuclear weapons, are far from ready to give up their nuclear arsenal.

The United Nations General Assembly passed the Treaty on the Prohibition of Nuclear Weapons, the first legally binding international agreement to comprehensively prohibit nuclear arms, on July 7 this year. But 69 of the 193 nations in the UN did not vote, including all the countries that have already obtained nuclear weapons. Five permanent members of the UN Security Council, namely the United States, the United Kingdom, France, China and Russia, have all successfully detonated nuclear weapons and did not vote on the new treaty. Those countries are part of the Treaty on the Non-Proliferation of Nuclear Weapons, signed in 1968.

“As a result of regional geopolitics, North Korea felt it needed to develop nuclear weapons to protect its national security. That has triggered discussions in countries like South Korea and Japan on whether they should also acquire nuclear weapons. In regions where the geopolitical tension stays high, nations started to pay more and more attention to nuclear arms,” Zhao Tong, a fellow in Carnegie’s Nuclear Policy Program at the Carnegie–Tsinghua Center for Global Policy in Beijing, told Sputnik.

Zhao pointed out that as tension continued to rise between the United States and other nuclear states such as Russia and China, a growing sentiment emerged to call on the US government to abolish progress toward nuclear disarmament during the Obama administration.

“There have been demands to develop strategic nuclear warheads with a smaller payload and improved accuracy, which could be easily deployed and cause less collateral damage in the battlefield,” he said.

Despite initial success in advocating global nuclear disarmament in the early years of his presidency, including signing the New START Treaty with Russia, Obama was forced to settle on the US Nuclear Modernization Program with a total cost exceeding $1 trillion in the next 30 years.

The Chinese expert explained that nuclear weapons remain an important asset of deterrence because of the massive destruction it can cause compared to conventional weapons. The (MOAB), in an airstrike in April against Daesh targets in Afghanistan. The explosive yield of the MOAB was equivalent to about 11 tons of TNT, while the atomic bombs dropped on Hiroshima and Nagasaki had explosive yields that equal to about 20,000 tons of TNT.

“In terms of power, the MOAB is still on a different level compared to nuclear bombs. It remains a fraction of the destructive power of nuclear weapons, even compared to the early models used in Hiroshima and Nagasaki,” Zhao said.

Tanaka, the nuclear bombing survivor in Nagasaki, expressed serious concerns about the future of nuclear weapons.

“I often think that the mankind will be destroyed,” he said.

The Japanese nuclear disarmament advocate believes that many still do not understand the cruelty of nuclear weapons, which makes it more important for people, especially politicians, to listen to the experience of atomic bomb victims and visit Hiroshima and Nagasaki.