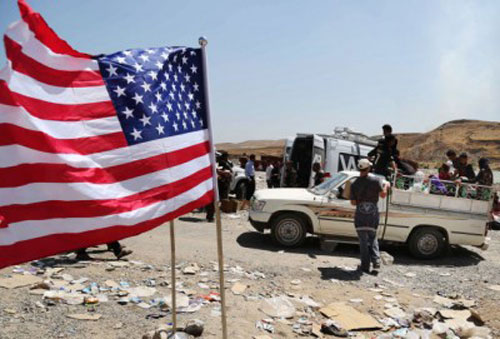 The numerous reports from the battlefield, telling us about crucial victories of the Syrian Arab Army over the terrorist groups in all sectors of the front and the decisive steps of diplomats both in Astana and Geneva, which contribute much the early solution of the Syrian crisis help us to conclude that lasting for more than seven years civil war is approaching an end.

However the closer is the peace treaty the better dividends will be shared between the parties. Primary the Syrian people will return for peaceful life and be engaged in formation future generations. The main achievement for the Syrian authorities will become the establishment of full governmental control over the territory of the country as well as expel terrorists beyond the borders of Syria.

Undoubtedly, other participants of the crisis will not stay away. Iran and Russia as guarantor states of the Syrian ceasefire regime will strengthen its positions on the global stage. In addition, the Russian side with the authorization of the Syrian government will keep its Khmeimim air base and set up another one in Tartus to ensure security and stability in the region. At the same time it will become the return of Russia to the Middle East.

Essentially, there are parties including the Syrian opposition and other Western states like the United States which will be dissatisfied with these outcomes. As they have got their own scenario. The U.S. is not going to leave Syria as they have wasted a great sum of money and resources for establishing itself in the region. It should be mentioned, that since the beginning of the military operation in Syria, the U.S.-led International Coalition carried out more than 9,500 strikes. It was obviously expensive. But except of numerous victims among civilians and destruction of key urban infrastructure it brought nothing.

Such plans of the U.S. are confirmed by irrefutable evidence. In June, several Media reported that Washington concluded an agreement with Kurds to set up a new military base in Tabqa, which is located to the east of Raqqa.

It is reported that the new base will be located in the military housing area, the Mohammed Fares School as well as the military and security buildings in the third district of the town. The U.S. forces reportedly intend to build a command center and residential buildings for its troops.

It will be the third U.S. base, which was illegally established in the territory of Syria. The first two were set up previously in April and May in the settlements of At-Tanf and Al-Zakf. These U.S. measures violate the sovereignty of Syria and contradict the UN charter and the international law.

According to Global Research, agreement in principle has recently been reached between the Pentagon and Kurds. The agreement will allegedly allow the U.S. military to stay in the YPG-held areas for 10 years. In its turn, the US will continue providing military aid and weapons to YPG.

This combination of circumstances may indicate that Washington is getting ready for the new stage of war. Perhaps after defeat of ISIS, enlisting the support of powerful partner, the Kurdish militia would continue fighting not against terrorists but the legitimate Syrian government, which doesn’t suit Washington.

It is worth mentioning that not so long ago the current U.S. Administration was going to stop its participation in the Syrian conflict and completely withdraw its military contingent from the country. However, Washington is not the first time violating its own promises given not only to the world community, but also to its nation. Preferring a military solution to the political one, the U.S. will not achieve any results other than the spent millions and condemnation of the world community.

The Death Of The Ego