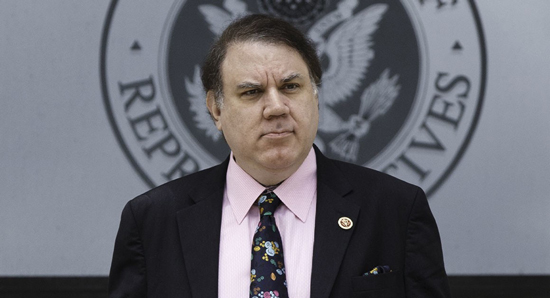 Alan Grayson is a former member of US House of Representatives from Florida. Grayson is Jewish, formerly a backer of any Israeli policy.

How many times has the United States bombed Syria to stop the use of chemical weapons? And how many times has that worked? A few years ago, when the war drums were beating loudly, Alan Grayson gave 40 interviews in three days, patiently laying out the case for peace.
Following is an interview with Alan Grayson on US national radio on August 29th, 2013.

Ari Rabin-Havt:
I am very pleased to welcome to the program Congressman Alan Grayson. Congressman Grayson, welcome back to The Agenda.

Congressman Alan Grayson: Thanks very much.

Ari:
So just to be very general about it, what are your thoughts on what seems like the imminent conflict in Syria at this point?

Alan: Well, I’m against it.

Alan: Because there is no vital national security interest in United States involvement, even if the Syrian government is proved to have deliberately used chemical weapons. Which is, at this point, a big “if”.

Ari:
What do you think this rush, and the media’s kind of push to war, is all about?

Alan: Well, I think the President inadvertently boxed himself in by using a very vague phrase, in saying that the Syrian Government would be “crossing a red line” if it used chemical weapons. I don’t know what that means. You know, in the world I live in, you can say, “If you do X, I’ll do Y” but “crossing a red line” is a very vague remark. And now the President apparently feels that based on the evidence he’s heard, which I still maintain is ambiguous, he needs to do something. And that’s one of the failings of modern diplomacy. The world would be a much better place if people were clear about their intentions, rather than saying something like “crossing a red line”.

That’s a lot of corpses. I don’t really understand exactly why people regard it as being different if you blow up someone with a bomb, versus killing them with gas. Historically, the reason why countries banded together to prevent the use of gas attacks is because, among other things, it ended up being used inadvertently against your own troops. The first widespread use of chemical warfare, in fact the only really widespread use of chemical warfare, was during World War I, almost 100 years ago. And what happened during World War I is, first of all, many of the gas attacks that were used ended up blinding or killing the troops that they were meant to protect, because the wind changed. And secondly, there was a very high level of injury without mortality, which left a lot of soldiers and civilians blind or otherwise permanently impaired. This, at the time, was in some respects worse than being dead.

So, historically, that’s why countries banded together [against poison gas]. At this point, the evidence seems to be that there are only four countries in the world that have chemical weapons, and we happen to be one of them. In fact, arguably, the United States has the largest stockpile of chemical weapons in the world. So on the basis of that, I’m not sure we’re in the best moral position to be indicating to others what to do about chemical weapons.

Ari:
And what about other weapons we have in our stockpile? For example, depleted uranium ammunition?

Alan: Yes, I mean, the examples can go on and on about weapons that are generally regarded as abhorrent, that are still employed by the military-industrial complex in the United States. For example, that would be land mines. Another example of that would be cluster bombs. I mean, it’s really not my desire to indict the military-industrial complex. For the purpose of this interview, I do think that unless there is absolutely unequivocal evidence that the Syrian military deliberately used these weapons, I don’t even know why we are having this conversation. And if we did have this conversation on that basis, then I think I would have to come back to the question of: where is the vital interest of the United States? When it comes to intervening in yet another country, can’t we just finish our wars? Why do we have to start new ones, before we [even] end the old ones? It seems really odd to me; I don’t know.

Ari:
Well, it seems like we can’t wind down anything without starting a new one up.

Alan: Right, and you know that there could be consequences, or as they like to use the term in the military industrial complex, “blowback”. Let’s suppose that the President goes ahead and uses military forces in Syria. Then let’s suppose that Syria stages some attack against, oh, I don’t know, U.S. tourists, journalists; I don’t know what exactly the best possibilities from their perspective might be. How are we then going to condemn them for that? 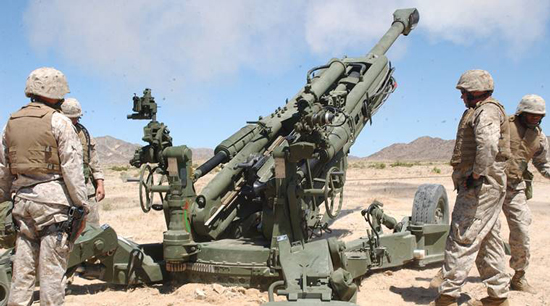 Ari:
Well, what is strange to me is the people who seem to think that this decision is easy: “Oh, we’ll just lob some cruise missiles and be done with it”. When in fact the author of that strategy was interviewed by ForeignPolicyMagazine.com today and said that’s not a good strategy for dealing with this – the very author of the strategy.

Alan: Well, right. Some people scratch their heads and wonder why we have to shut down a dozen different embassies through the Middle East, without ever questioning whether there might be some link between that and over a hundred drone attacks in Yemen alone.

Ari:
And then you get people like John McCain who are out there saying: “Well, whatever the President does, it’s not enough, we have to do more”. Why can’t we stop – after the debacle that was Iraq? And, look, you have personal experience in that debacle; you prosecuted some of the war profiteers in court. Why do we still listen to these people?

Alan: I don’t know. Again, one could make arguments in favor of and against whether the United States should somehow be involved in the Syrian Civil War. I can see that, and I can understand why McCain feels the way he does. He thinks that the [rebels are] freedom fighters [against] a brutal dictatorship. I understand that. But what’s actually happened is, first, an enormous amount of muddy thinking about what U.S. interests are involved here or not involved here. And that’s been framed by the President making a very vague statement about red lines being crossed, which really doesn’t help anybody decide what to do about the situation. And secondly, when you actually delve into the evidence, the evidence is genuinely ambiguous. I’ll just give you an example.

One example of this is that if, hypothetically, the Syrian government wanted to terrorize its own population into submission, it would say that it was using gas. In fact, the Syrian government has adamantly denied that it’s using gas. There’s no particular benefit to the Syrian government in killing these specific 200 victims. In fact, the victims, to some degree, look like they’re literally innocent bystanders. The reason why people think that gas might have been used is because there’s no indication of any exterior wounds, so it looks like they suffocated. But that doesn’t necessarily mean that they were the victims of a gas attack. There are, in fact, other possibilities.

Another possibility is that the [Syrian Army] simply made a mistake. They loaded the wrong canister into the wrong cannon, and that happens. If they wanted to use poison gas, they’d be using it every day, they’d be using it every hour, and they wouldn’t be hiding it. And instead what you have, at this point, [is an] isolated situation which has all sorts of other potential explanations. It doesn’t seem to serve any strategic purpose on their part to do one attack against these 200 people and then say they didn’t do it, that it was something else, and then not doing anything else. That’s a very strange pattern of conduct, even for the Syrian government.

Second, as I indicated, there are other explanations that actually fit the evidence as well, or better. When you use chemical warfare agents, the victims themselves are dangerous to the people around them, because of the residue of the chemical agents, for quite some time to come. There have been, at this point, numerous contacts between the victims and people who came to rescue them. I’m not aware of reports at this time that there were a substantial number of the rescuers who themselves were hurt by the agents. That implies that it wasn’t actually chemical agents that were used.

By the way, I haven’t heard any of these reports from the Administration, and that itself causes me some concern. It seems the Administration is only putting out information that would lead one to believe that the Syrian government deliberately used chemical weapons, rather than what seems to be the intrinsic ambiguity of the situation. I think that’s puzzling and, to me, disturbing.

Ari:
Have you been in touch with any members of the Progressive Caucus about any type of action on behalf of Members of Congress who are opposing – would oppose a military action?

Alan: I understand [Rep.] Barbara Lee is circulating a letter. The letter doesn’t oppose military action, but it does call for consultations with Congress beforehand.

Ari:
Well, one can hope there can be some breath before we get involved in yet another war, because these things are never as simple as those promoting them would like them to be.

Alan: You know, one thing that is perfectly clear to me in my district, and I think is true in many other districts from speaking to other members, is that there is no desire, no desire on the part of the American People to be the world’s policeman and for us to pick up this gauntlet, even on the basis of unequivocal evidence of chemical warfare by the Syrian Army deliberately against its own people. Even if there are unequivocal evidence of that, that’s just not what people in my district want. I take the title of Representative seriously. I listen to people. I hear what they have to say.

At a time when we are cutting veterans benefits, cutting education student loans, cutting school budgets, contemplating cutting Social Security and Medicare, I don’t see how we can justify spending billions of dollars on an attack like this. I did notice, for what it’s worth, that the manufacturer of the missiles that would be used has had an incredible run on their stock value in the past 60 days. Raytheon stock is up 20 percent in the past 60 days, as the likelihood of the use of their missiles against Syria has become more and more likely. So I understand that there’s a certain element of our society who does benefit from this, but they’re not the people who vote for me, nor the people, by the way, who contribute to my campaign [laughs].

Ari:
Not many Raytheon shareholders in your district?

Alan: Right. Nobody wants this, except the military-industrial complex. I think that, if the President is being used by others for their own personal interests, he should recognize that, and rise above it.

Ancient aliens on Earth: Do these prehistoric UFO drawings prove we are not alone?