Why are the powers that be tracking people with Rh-negative O blood type so closely? (1)

So different, in fact, that some scientific researchers actually believe that only through the introduction of alien life on planet Earth, as in extraterrestrial biological entities (EBEs) from outer space, can the Rh-negative blood type be explained. Other evolutionary theorists postulate that: “…there is an unbroken bloodline from early human prototypes (pre-humans) to present day human beings.” 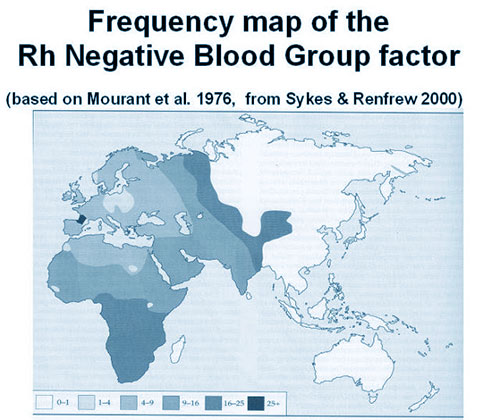 The real question to this modern mystery is: Why does the U.S. government track those with Rh-negative factor, especially those with O blood type, with such extraordinary monitoring techniques, worldwide?

The answer to this question can be extrapolated from one little known factoid (factoid is an item of unreliable information that is reported and repeated so often that it becomes accepted as fact).
That factoid became evident to anyone who watched The X-files for any period of time.

This very popular and extraordinary science fiction television series was actually coded in such a manner so as to disseminate numerous hidden truths about the secret workings of various organs of the National Security State both within and external to the U.S. Federal Government. It was particularly designed to disclose critical details about the covert operations of the black-budgeted intelligence agencies and special secret services dealing with UFOs, alien visitations and extraterrestrial civilizations, both genuine and fabricated.

In fact, The X-Files was routinely used to inform the viewing public of many poignant, and sometimes highly radioactive truths. Most of this classified info was carefully interspersed within a lot of obvious fiction in almost every episode. In this way, the American psyche was indelibly imprinted with much knowledge about the clandestine shadow government which it would normally never have been exposed to.

The final series of The X-Files revealed about the notorious alien abductions, which is now considered common knowledge among UFO and ET aficionados. Not all “alien” abductions are really committed by extraterrestrials; some of them are in fact government kidnappings.

Key point: Some of the alleged alien abductions were actually elaborate hoaxes perpetrated against unsuspecting people who were transported to specially equipped labs deep underground. A disproportionate percentage of those criminal abductions were experienced by victims with O blood type.

This is the backdrop against which the “alien” abductions have supposedly taken place with far greater frequency since the end of World War II. This ongoing phenomenon has perfectly paralleled another major development – the creation of the National Security State, which is, in reality, a Global Security and Surveillance Matrix.

So, who exactly is the U.S. government kidnapping on a regular basis in order to ship them off to underground laboratories in Nevada, Utah or Colorado for quite deliberate human experimentation purposes?
Why are Rh-negative blood types more likely to be victims of governmental “alien” abductions?

The American government, as it turns out, has an insatiable appetite for remote viewers, telepathics, clairvoyants, clairaudients, psychics, and other highly gifted folks whose extra-sensory perception (ESP) is working at a very high level. In fact, the U.S. Armed Services and various Intelligence Agencies have aggressively recruited special individuals who have proven to be valuable military and/or intelligence assets. Why not – what better way to gain a strategic advantage over an adversary during times of war or economic conflict? Except that in many cases many of these folks are bribed or blackmailed, coerced or forced to take on their often dubious assignments. 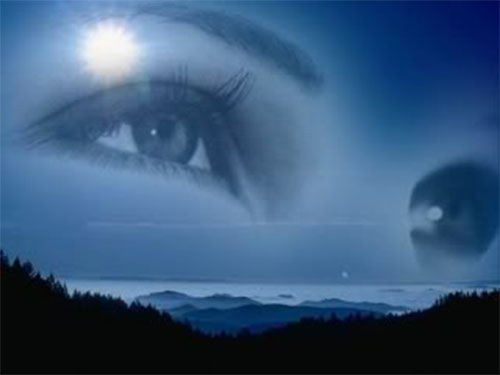 It just so happens that those human beings who have O blood type have a much higher likelihood of being gifted with super-sensible faculties. These are the folks who see things and hear things that no one else does. That’s because they really can see behind the veil which separates most everyone else from the other side. Not just the other side as in “after death”; rather, the other planes of existence, other dimensions and parallel universes that literally interpenetrate our Earth realm. Earth is a 3rd Density planet on the way to becoming a 5th Density realm, and the O types can perceive the higher densities before most others can. Especially as the present space-time continuum morphs through the 4th Density are the Rh-negative folks more attuned to extra-spatial events and extra-temporal changes.

These modern-day prophets are just like the seers and sages of old who could literally see into the future. They were the oracles and soothsayers of yesteryear, as they are the futurists and prognosticators of today. The vast majority of them are completely unknown to their communities. But the government knows who they are, given the efficacy of the NSA spying and surveillance network, which effectively owns and operates the World Wide Web. Only those who are not telephonically and digitally connected are relatively free from such microscopic scrutiny of their lives and communications.

It ought to be self-evident, then, why the government has been tracking these folks so closely since WW2. The militaries of the Western allies were greatly aided during that apocalyptic conflict by remote viewers and others who possessed powers of precognition. These second-sighted individuals were regularly put into the service of military intelligence and, in some cases, were considered indispensable to the successful war effort.

Fast forward to the post WW2 world and the emerging Deep State which has become even more enamored with the extrasensory abilities of these gifted human beings with Rh-negative blood, especially the extremely adept O types. If only to forever gain advantage over perceived enemies did the leaders of the shadow government employ these prescient observers. Of course, in an effort to maintain their supremacy over the entire civilization these same ESP types could not be allowed to be utilized by the enemy; hence, the tracking system began in earnest. As did the notorious C.I.A. assassination teams which have fanned out across the planet for decades taking out perceived threats to the U.S. Empire as deemed necessary.

The very same worldwide database tracking blood types also has the exact birth information (e.g. location, date, time, etc.) for every person they can track. This permits a precise astrological birth chart to be quickly generated for each human being. The compilation and interpretation of so much person-specific data allows for the trained intelligence analyst to draw up a composite of a potential psychic and mystic, rebel and revolutionary, inventor and innovator, iconoclast and non-conformist, heretic and dissident, criminal and gangster.

Now, why might that be exceedingly useful information for the leaders of the Military-Industrial Complex or the Government-Corporate Complex? Or the World Shadow Government? 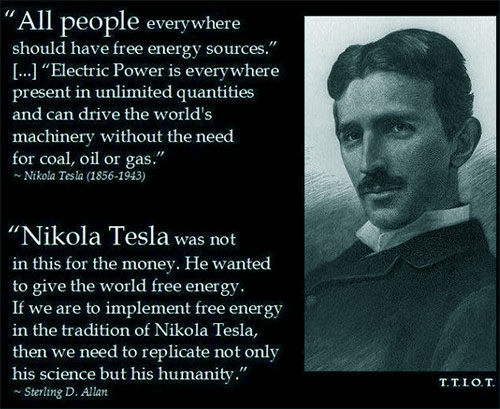 The obvious answer is: “To head them off at the pass”. All of them. Before any of these big thinkers and peacemakers (like the beatniks and hippies who literally shut down the Vietnam War) do something that really upsets the apple cart. If there is one thing that Deep State does not want, it’s a 21st century Nikola Tesla running around giving away free energy devices to every Tom, Dick and Harry who clicks on the free coupon.
By the way, Nikola Tesla had O blood type.

What would the Big Oil barons do with so much oil and gas sitting in their wells? What would the coal mine owners do and the nuclear power plant utilities do? And how about the upstart solar power companies, looking to make a quick return, on their massive investments? Just one simple free-energy device could cause a real ruckus around the globe.

Herein lies the real reason for such a HUGE database tracking every human, humanoid and alien-human hybrid, which currently walks the planet.