Why The Elite Hate Putin – What You’re Not Being Told 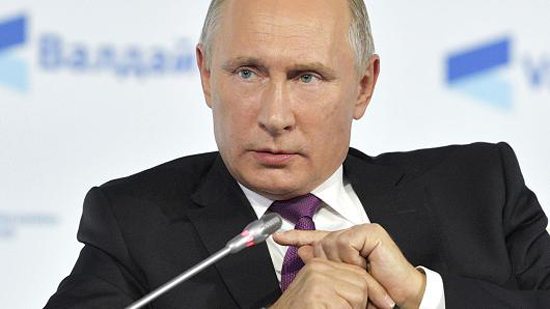 All the drama about Russian hacking and collusion are a smokescreen, masking the real reason why the elite hate President Vladimir Putin.

The real conflict is about a geopolitical power struggle for world domination, which involves hundreds of trillions of dollars and a desire to enslave the human population at any cost.

Worldaffairs.blog reported at the end of March:
“Here’s the big picture: it’s a geopolitical battle of USA+EU versus Russia+China. The US and EU are governed by the same banking and military-industrial overlords, while Russia and China – two independent countries – have made an alliance out of necessity. Why? If Russia falls, China will be the next. Get the bear, you get the dragon, and thus you get the world.

But here is the kicker: the globalists did trap the bear in 1991 when the USSR failed. However, rather than befriending the bear, they caged it and then starved, tortured and humiliated it for the next eight years. That’s when the bear tore down the cage and fought back.ˮ

The biggest theft of the century happened in Russia in the 1990’s, and the perpetrators were Wall Street shysters who promised miracles of capitalism, but instead dismantled the entire country. In the name of privatization, Russia was put up for fire sale.

Everything you can imagine – oil/gas fields, gold/diamond mines, airlines, media, factories, you-name-it – were sold at 1/1000th of their fair price. A handful of Russians, carefully selected by the US, ended up with assets worth hundreds of billions of dollars. In exchange, each Russian got a “share” worth $7. The US taxpayers even subsidized this disgusting racket.

Under this shock therapy administered by American vulture capitalists, Russia’s GDP fell 40%. The country was loaded up with crushing debt from the IMF and World Bank, and poverty and suicide soared.

The Russian military was in shamble and was badly losing wars to Islamic terrorists in Chechnya and Dagestan. Oh, these terrorists were the same Mujahideen from Afghanistan and were still funded by Saudi Arabia and armed by the US. To add insult to the injury, in 1999, the West bombed Serbia – Russia’s staunch ally – and also gave NATO membership to three countries close to Russia.

Most Russian politicians, including President Yeltsin, were bought off and controlled by Washington, as Bill Clinton bragged to Tony Blair.

Under these dreadful circumstances, Putin became the Acting President of Russia on Dec 31, 1999.

Over the next few years, he took on the powerful oligarchs, corrupt politicians and the elites who formed the fifth column. With authoritarian KGB-style, he assassinated some pro-western journalists, jailed opponents and consolidated his power. Putin was helped by rising oil prices, but he used the new wealth wisely. He grew the Russian economy, built up gold and foreign reserves, and significantly reduced the national debt.

3. Foreign reserves grew from virtually nothing to the 6th largest in the world.

4. Gold reserves grew to become the 6th largest in the world as well.

Finally, Putin rebuilt Russia’s military, crushed Islamic terrorists and, in a geopolitical stunner that transpired in Syria, prevailed against a mighty coalition of the US, Israel, UK, France, Turkey, Saudi Arabia, Qatar and 40,000 jihadists.

Putin’s diplomacy has also been remarkable. After the 2014 US sanctions and the precipitous fall in oil prices, every pundit and politician predicted the isolation of Putin and the demise of Russia’s economy. Fast forward to 2017, 144 US corporations and 62 countries attended Russia’s Economic Conference in St. Petersburg. In France, the new President, Macron, chose Putin for the first visit of a foreign leader.

In other words, Putin made Russia great again. This is why his approval rating is still over 80%.

However, the globalists have had their own victories as well. In 2003-2004, pro-Russia governments in Georgia and Ukraine were overthrown by George Soros’ color revolutions. In 2014, the US staged a violent coup in Ukraine, overthrew a democratically elected leader, and replaced him with an unelected billionaire.

Ukraine has been a CIA target for decades. As Brzezinski wrote in his book, The Grand Chessboard, “Russia will be paralyzed without access to Crimea and the Black Sea – the only Russian gateway to the Mediterranean Seaˮ. Sensing danger after the 2013 coup, Putin quickly held a referendum in Crimea and annexed it. (More than 75% of Crimeans speak Russian as their native language, and Ukraine is vastly poorer than Russia, so the election result was predictable). 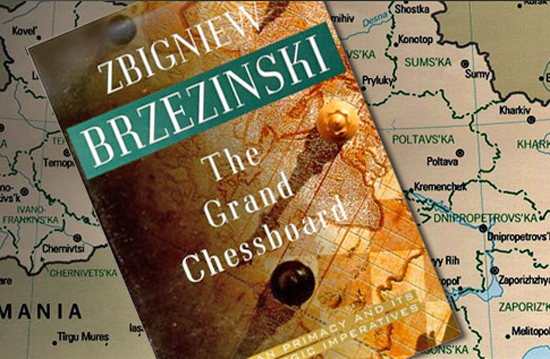 Another area where Russia was backstabbed: NATO expansion.

Contrary to the promises made during the dissolution of USSR, NATO has added 13 new European countries, which are all potential hosts for US/NATO military bases

Many of these countries are now part of the missile defense system. On the other side of Russia, the US has deployed THAAD in South Korea. What this means is that the US could first launch a nuclear attack against Russia, and then shoot down the missiles that Russia fires in response. The entire situation is extremely volatile and dangerous – Russia has more than 7,000 nuclear weapons.

All this bullying is just a symptom of the wounded egos of globalists who have failed in their attempts to conquer Russia. Not once, but six times in the last 200 years—1812, 1856, 1905, World War I, World War II, and the Wall Street takeover of Russia in the 1990’s.

In 1812, funded by the Rothschilds, Napoleon invaded Russia. In 1856, Britain and France attacked and took over Crimea – for the same reason that the US staged a coup in Ukraine in 2013.

In 1905, banksters on Wall Street – Jacob Schiff and others – funded Japan to attack Russia. In the midst of the war, the banksters tried to foment a revolution and overthrow the Czar. The guy who led the revolution was Leon Trotsky (Lev Bronstein). He would fail in 1905 and flee Russia, but would come back in 1917 using the same playbook, but with Germany instead of Japan.

Before World War I, Trotsky and Lenin raised millions of dollars from international banksters. Trotsky visited New York and got an American passport so he could sneak back into Russia. Flush with cash from capitalists, the communists (Bolsheviks) killed the Czar during World War I and quickly signed a peace treaty with Germany. Danke Schoen!

Bolshevism was a foreign virus that invaded Russia, killed tens of millions of Russians and tried to destroy Christianity – Russian’s religion for over 1000 years. However, when Americans think of “Russians,” they are only taught to think of the Soviet Union.

Fast forward to World War II, it was again Europe (Germany) that attacked Russia. 20 million Russians died fighting the Nazis, two million just in the city of Leningrad. Russia fought the Nazis for four years and destroyed 70% of Hitler’s army. However, the US came at the end of the game (in 1944) and got all the accolade for “defeating the Nazis.”

Knowing all this, an objective person would not cast Russia as the enemy of the West. Russia will be an enemy only if we demand its subservience. Russia and China are determined to preserve their sovereignty. To that end, they are working on their own financial system (credit card, banking etc.) and international alliances. They are also trying to break free from the petrodollar system, which lets the US borrow trillions without repercussions. Of course, the globalists detest this challenge to the New World Order.

Since World War II, America’s knee-jerk response to any diplomatic challenge has been to bully or bomb. Eisenhower warned us and we ignored it: “America’s military-industrial-banking-media complex has vast and undue influenceˮ. JFK advocated détente with Russia and withdrawal of troops from Vietnam, and he was reviled by the Deep State. Trump is facing a lot of animosity from the Establishment for the same reason. Globalists endlessly preach about the wonders of diversity, but hate countries who think different.

Global conflicts and wars are very addictive for the military-security complex, which craves 800 military bases around the world, $600 billion a year budget, and $35 billion/year of weapons export.

Wars also mean massive debts for nations, which is exactly what the international banksters want. Global corporations are drawn to an unipolar world, since that guarantees them monopoly, cheap labor and raw materials, and access to customers.

Social engineers and Cultural Marxists rely on monolithic corporate media to spread the same propaganda all over the world. Will the confluence of these forces refuse to accept a multipolar world?

Will they push us into disastrous wars, potentially even a nuclear war? Let’s remember JFK’s Peace Speech from 1963: