If you ever have considered that there is not any conspiracy, you will change your view after you’ll read the lines below.

“The World Government Summit in Dubai was held under the shadow of a «replica of a Roman arch (of Palmyra) that once stood in front of the pagan Temple of Ba’al,» (There are 1000 Baal temples worldwide), reported Adam Eliyahu Berkowitz with Breaking Israel News.

The New York Post described the structure as «the Arch of the Temple of Bel.» 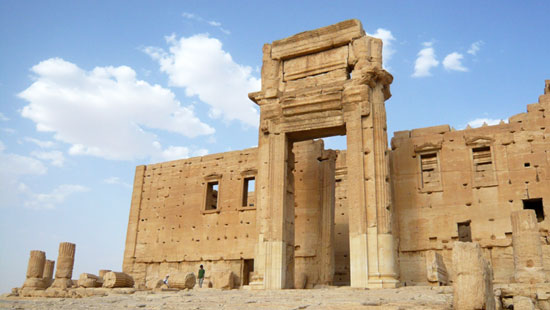 Ba’al, of course, is the false god mentioned in numerous instances throughout the Bible. To whom children were sacrificed. He was the reborn Nimrod, builder of the Tower of Babel, the NWO symbol of defiance against God.

Despite the growing public revolt against globalism and statism across the West, most recently seen in Brexit and Trump’s election, the globalist establishment clearly has no plans to let up or even slow down, as evidenced by the speeches offered at the World Government Summit by top peddlers of global governance.ˮ

If liberty and self-government are to survive and thrive, then, the agenda for technocratic planetary rule must be exposed and halted as quickly as possible. In display clearly for all to see.

Globalist bigwig Klaus Schwab, for example, the founder and chairman of the World Economic Forum in Davos, told attendees that governments should “promoteˮ his vision of globalism and a global regulatory regime to deal with real and imagined problems.

“We have to unite our national and global efforts to overcome the challenges of nuclear energy and climate change that threaten humanity, we need to promote national identity and global citizenship. The role of governments in shaping the future of their citizens has never been as important as it is today.”

UN Secretary-General Antonio Guterres, a Socialist Party politician and bureaucrat, similarly promoted statism and globalism in his keynote speech. Specifically, he argued that national independence was a relic of the past, while lamenting the fact that people no longer trust their rulers and the globalist organizations they established.

Guterres has called on politicians to ignore electorates and “populism” against NOW:
“In a world in which everything is global, in which the problems are global, from climate change to the movement of people, there is no way countries can do it by themselves,” said Guterres, who helped spread socialism and engineer the tsunami of Islamic immigration into the West before taking his current post.

Without explicitly saying it, the new UN boss also promoted the globalist effort to further empower Third World regimes in “global governance,” at the expense of the U.S. government and other traditional power-brokers.

“There is a need also for deep reforms in global institutions,” he said, using the same “multi-polar” world order rhetoric that has become commonplace among dictators and even Western globalists.

“Reforms that have to do with power relations, namely in the case of the Security Council, or the way votes are distributed in international financial institutions.”

Of course, making the “global governance” regime more accountable to oppressive Third World regimes such as Communist China and its allies has been a key effort of the totalitarian Socialist International that Guterres led prior to taking his current job. The SI has previously called for “world government” and global tyranny. 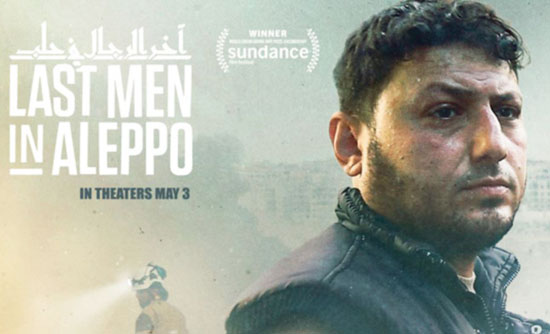 Some Funders of the Dubai World Government Summit 2017

Chinese boss Xi Jinping’s speech at Davos was frequently mentioned as an example of a “commitment to globalization and global citizenship.”

Indeed, as globalism continues to march forward despite growing global resistance, the mask is increasingly coming off and the links to brutal totalitarianism are becoming clear. And one of the leading characters behind the process, Chinese tyrant Xi, has offered a great deal of insight into where this will all be going if humanity does not resist.

In January 2017, Xi emerged as the new king of globalism following his bizarre keynote speech at the World Economic Forum in Davos. “Globalism certainly creates some problems that we all need to solve together,” the dictator told fawning Western globalists. “But what should really scare us is any [leader] not willing to live up to the (globalist) challenge.”

But long before that revealing speech, Xi and the murderous Communist Chinese Party he leads have for years been openly promoting what they and their Western allies, George Soros, Henry Kissinger, and David Rockefeller among them, refer to as the “New World Order.”

If official statements and declarations by Beijing and its totalitarian-minded allies are an accurate indicator, the new order they are working to impose on humanity involves a newly empowered UN ruling over humanity. The UN General Assembly will serve as what the Chinese dictatorship and other totalitarian regimes called an “emblem of global sovereignty” in a recent declaration about their “New World Order.”

Japanese Prime Minister Shinzo Abe, meanwhile, whose government enforces an incredibly strict immigration policy, touted a world that was becoming “more culturally diverse.” He called on governments to “use this diversity as a pillar to enable economic growth based on innovation,” whatever that means. For Japan practically does not admit immigrants.

Billionaire businessman Elon Musk, a self-styled entrepreneur: “Big changes are coming in the economy, and so, many people will be unemployed in the future. As such, government must rescue them by providing for everyone a universal basic income”. Basically a technocrat’s dream pushed for years by establishment globalists. “There will be fewer and fewer jobs that a robot cannot do better. But how will people then have meaning? A symbiosis between human and machine intelligence (artificial intelligence) maybe solves the control problem and the usefulness problem.” Those who refuse may become irrelevant (“useless eaters”).

What Musk said in other words was: the future is posthuman meaning robots with artificial intelligence.

Here is Ray Kurzweil’s gospel on a new mankind and civilizatin and culture: By 2045 AD most humans will be Cyborgs.

This is technocratic. This is the soulless trans/posthuman future of next generations: Controlled by a computer interface. Brain changed into Avatars B with cybernethic eternal life: neohumanity.

The Importance of the Vagus Nerve in Health and Well-Being