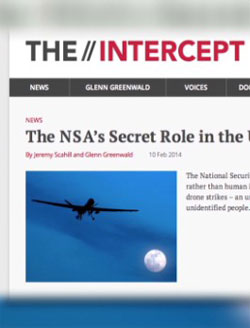 In August 2016, The Intercept began releasing batches of top secret internal newsletters from the most important division of the NSA, the Signals Intelligence Directorate, or SIGINT. This is basically the spy division. The internal newsletter, SIDtoday, was never meant to be read by anyone outside of the agency, but it trickled out with the Snowden leak and has been waiting for proper publication. The Intercept will release nine years worth of articles in batches. So far there have been two, and they contain hundreds of articles. They start in the very early stages of the Iraq war, with the first one dated March 31st, 2003.

The articles range in content from a veteran NSA agent nostalgically remembering when there was a beer machine in the cafeteria to the SIGINT director telling everyone the emotions he felt after a top Iraqi leader was killed.

There are light-hearted entries – an article about the origin of April Fool’s Day, a review of Neal Stephenson novel Cryptonomicon, instructions for changing the font size in Netscape and Internet Explorer – and arcane articles that are difficult to understand because of the agency’s strange internal lexicon. Quite frankly, most of it is boring. But it’s an inside look at the human clockwork of one of the most mysterious agencies in the U.S. government. And every so often there is a gem, an illuminating missive straight from the heart of the NSA’s secret files.

After reading hundreds of them, here is a list of the most Orwellian SIDtoday NSA newsletters:

1. An interesting revelation that becomes clear early on is that employees of the Signals Intelligence Directorate speak in corporate lingo. As noted by Peter Maas in his article for the Intercept, intelligence reports are considered “products” and the government agencies requesting intelligence (CIA, DoD etc.) are considered the “customers”. There is an entire division called “Customer Relationship Directorate”. And, perhaps most eerily, they have a category of “products” referred to as the “Counterterrorism Product Line.”

There’s another unnerving line in a different SIDtoday article that says “Continue to be selfless in your efforts and think only of the payoff for the customer.”

2. In an article entitled Generally Speaking: Iraq – Worth All the Effort, Richard Quirk, the SIGINT Director, laments the problem of news coverage regarding the war. “We are bombarded with negative news coverage that paints a ‘can’t win’ story, and I imagine that at some point many of us had a moment where we asked: Is this really worth it?” He answers his own question with a story about watching the Iraqi election coverage in 2005 and witnessing the birth of democracy there. 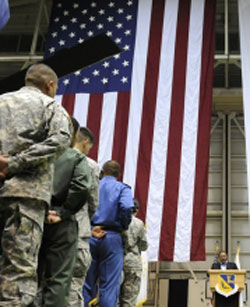 He says it was a very emotional day for him: “I think [the Iraqis] proved that exercising democratic freedom and being an active participant in the direction of government is part of human nature… it clearly demonstrates that what we are doing in Iraq is very important, and absolutely necessary. I was almost crying at the end.”

3. In the newsletter Generally Speaking: Driving History, Quirk again gets a little emotional. He says: “Have you ever made a decision or performed an action and then stepped back and wondered about the historical significance of that decision or action? In the work we do, with our unique perspective on global events, it is often easy to feel like an observer of history, rather than a participant or an actor.

So, we are often oblivious to the major roles we play in history. We may think we are all passengers on the ‘Magic History Bus’, but in reality we all have a steering wheel, a gas pedal, and a brake, and the actions and decisions we make every day drive and steer history.

It’s reassuring to know that the agency that was covertly spying on us for a decade thinks of itself as a controlling force of history.”

4. An interesting article from Christmas Eve 2003 is called Media Leaks – Part II(repost), and it discusses protocol in the event of a media leak, or as the NSA calls it, “cryptologic insecurities”. In the post, the author states: “ Media leaks are rarely prosecuted. Why? Often because they are hard to prove, but in some cases officials are reluctant to prosecute for fear that the case will attract even more attention than the original disclosure.”

5. There is an article from July 16, 2013, that explains the differences between Digital Network Exploitation, Digital Network Intelligence, and Computer Network Exploitation. There is an interesting statement near the end: “Our targets communications are increasingly buried by millions of non-target communications. Just a reminder of how much civilian snooping went on.” 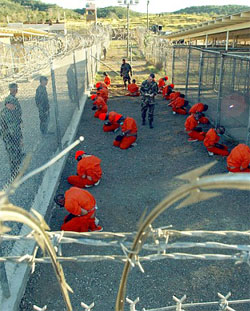 6. One of the most disturbing articles has to be SID Around the World: A TDY to Guantanamo Bay. The bulk of the article is about the mission of Joint Task Force (JTF)-GITMO in exploiting intelligence for the global war on terrorism and how screening detainees and Iraqi war crimes investigations plays into that. There is, of course, an immediate irony here in discussing war crimes during an invasion that broke the Geneva Convention. The following passage offers travel tips to agents working in Guantanamo:

“Outside work, fun awaits and opportunities abound. Water sports are outstanding: boating, paddling, fishing, water skiing and boarding, sailing, swimming, snorkeling, and scuba. No experience, no problem. Learn how to operate a boat in a weekend, become a certified open water scuba diver within weeks. If you’ve already mastered these skills, or once you do, the MWR marina rents boats from pontoon party boats to Carolina skiffs to ski boats to kayaks… and recently they’ve added sailboat rentals, too. The local dive shop has all the gear and tips to ensure a perfect outing. Surround all this water fun with a Tiki Bar and a Jerk House as well as the Bayview Restaurant… relaxing is easy.”

The agents were quite literally waterboarding during the week and water skiing on the weekend.

7. The FAIRVIEW and STORMBREW article is interesting from a numbers perspective. The information on these two special source-collecting programs sheds light on the incredible volume of e-mails and metadata the NSA processes.

FAIRVIEW DNI access, for e-mail only, is forwarding more than one million e-mails a day to the keyword selection system at NSA.

FAIRVIEW and STORMBREW are also collecting metadata, or data about the network and the communications it carries. For September 2003 alone, FAIRVIEW captured several trillion metadata records – of which more than 400 billion were selected for downstream processing or storage. This metadata will be used to enable the surgical collection of much smaller amounts of target-rich data – which should extend beyond FAIRVIEW and STORMBREW to many other DNI accesses across NSA.

8. It’s not really Orwellian, but a fun fact to note is that according to these documents, the NSA was obsessed with preventing leaks. A full decade before Edward Snowden blew the whistle, the agency went to great lengths to ensure protection. The internal security scanned 350 press items daily for “cryptologic insecurities”. They also maintained a database called FIRSTFRUIT with “over 5,000 insecurity-related records.” 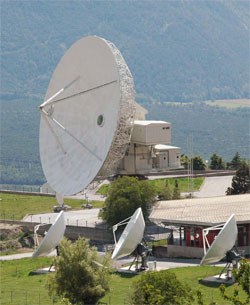 9. The newsletter article about the Deep Target Knowledge program states:

“A target’s Information Space, related to the technology the target uses, is what produces SIGINT. But analysts should also understand their targets’ Conceptual Space, to get inside their heads and understand their cultural references.”

This style of thinking was actually very common in the Iraq War, as it was in the Vietnam War. In fact, “DARPA’s ‘culture-centric warfare’ program conscripted social scientists and anthropologists into the Iraq war as mercenaries.”

Their Human Terrain System sought “honorable warfare” by understanding the enemy’s culture. It’s interesting to know that the NSA operates under a similar neo-colonial ethos.

The Intercept ’s release of e-mails on August 2016 was accompanied with an article entitled How the U.S. Spies on Medical Nonprofits and Health Defenses Worldwide , and it’s based on a series of SIDtoday articles. The articles show that the NSA collaborated with the Defense Intelligence Agency to “extract ‘medical SIGINT’ from the intercepted communications of nonprofit groups starting in the early 2000s.”