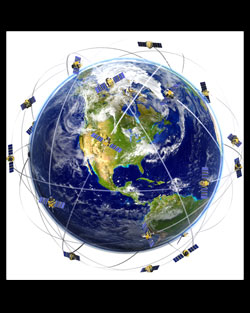 One of the most useful features that modern technology has brought us is mapping software that uses the Global Positioning System (GPS) network. This worldwide satellite navigation system uses a network of satellites and receivers to determine location, and it’s used in many vehicles and smartphones to help people reach their destinations in the least amount of time. While anyone who has ever been lost in a sketchy neighborhood will tell you just how vital this tool is, there is also a pretty big downside: it may be hurting your brain.

A study from University College London found that relying on GPS navigation essentially turns off the parts of your brain that you would have used to simulate different routes had you not been using GPS. This conclusion was reached after studying 24 volunteers who navigated a simulation of central London’s Soho district, while undergoing brain scans.

The scientists were looking at activity in the part of the brain responsible for navigation and memory known as the hippocampus, along with the part involved in decision-making and planning, the prefrontal cortex. Scientists say that the hippocampus helps you simulate journeys on potential paths, while the prefrontal cortex helps you to choose which way to go. The researchers mapped the streets of London in an effort to learn more about how these parts of the brain would react to them.

When the study’s volunteers navigated the streets manually, spikes in activity were seen, in the prefrontal cortex and hippocampus alike, when they entered new streets. When there were more options to choose from, their brain activity rose accordingly. 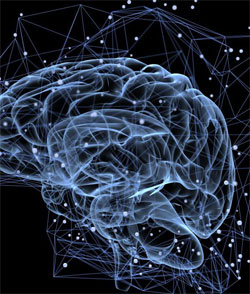 For example, entering a dead-end street brought about a reduction in activity, while entering a junction where several streets converge would boost activity in the hippocampus significantly. However, when the volunteers were simply following instructions given by the GPS system on the same streets, there was no additional brain activity. The researchers say this indicates the brain has “switched off its interest in the streets around us”.

They also looked at street networks in big cities around the globe to determine the difficulty of navigating them. Manhattan’s grid system requires comparatively little effort, given the fact that you can only go left, right or straight at each junction, whereas navigating London can be much more taxing on the hippocampus, given its complex layout with multiple junctions and roundabouts. This could also explain why London cab drivers have bigger hippocampi than average people, but the city’s bus drivers, who tend to follow pre-determined routes, do not. The study was published in the Nature Communications journal.

This information can be used by smart tech companies, architects and developers to design spaces that people will find easy to navigate. For example, they can give care homes and hospitals layouts that will not create confusion for people with dementia. At a time when Alzheimer’s is rising dramatically – with today’s figure of more than 5 million Americans living with the disease, which is expected to climb to 16 million by 2050 – this knowledge can be incredibly useful in improving people’s quality of life and avoiding causing undue stress.

Having a GPS system is very useful, but if you want to keep your brain functioning optimally, try to work out routes yourself as much as possible and stick to using the GPSas a backup or for emergencies. Reserve your mapping apps for those times when you’re running late for an important work meeting, for example, but consider letting your brain do the work when you’re looking for that new park for your family’s picnic this weekend.

HONEY: Is this ancient medicinal food the key to fighting deadly drug-resistant infections?