10 Ways To Lose Weight Without Dieting Or Exercising 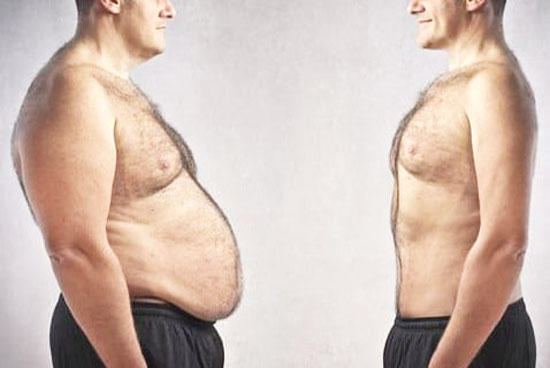 When it comes to losing weight we are often left with two options: eat less or do more.

But lately, people are beginning to realize that things aren’t so simple. An empty calorie from a potato chip is not the same as one from a kale chip. There are in fact more than two ways to lose weight.

So it’s not necessarily about eating less, but rather eating better. Forming better habits. Being more mindful of what you are eating. And making sure you are setting yourself up for success.

One of the worst things you can do is eat quickly, because you don’t give your stomach time to let your brain know that it’s full. So set a timer for 20 minutes and try to make your meal last at least that long.

It might not fit into your busy schedule, but getting more sleep might be the easiest way to lose weight. A study from the University of Michigan found that an extra hour of sleep could help you lose 14 pounds over the course of a year. Sleeping more can replace idle activities, which often lead to snacking. Plus, getting less than 7 hours of sleep has been shown to increase your appetite.

4. Get artistic with your food!

We eat with our eyes is probably one of my least favorite clichés, but it is true and you can use it to your advantage. A study from the University of Oxford showed that artistic plating can make vegetables seem 20% better.

Participants were presented with three salads that contained identical ingredients. One was plated like a fancy piece of art, one in neat rows, and a third just piled up. Participants unanimously preferred the artistic plate, claiming they would pay twice as much for it even. So plating counts! Take the time to make your vegetables fancy and you will like them more.

Soup is a great way to curb your appetite before a meal. High in nutrients and low in calories, broths are a terrific example of the kind of calories you should be eating. Plus, because soups tend to be hot, they make you eat slowly.

6. Eat before you shop
People always say you should never go grocery shopping when you’re hungry, but it really is true. A 2013 study from Cornell found that hungry shoppers typically buy 18.6% more food and 44.8% more junk food, like ice cream and chips. A follow-up study even found that hungry shoppers by 25% fewer vegetables. So shop after a meal if possible, or bring a healthy snack to eat beforehand.

Test after test has shown that eating from smaller plates, or smaller containers of any kind really, can help you eat less. A Cornell researcher, in particular, has found that using larger dishes leads to serving larger portions and eating larger quantities.

Eating from a smaller plate can help you reverse the trend and help you eat less without even noticing. In the Cornell study, participants didn’t even notice the difference when they ate 200 fewer calories.

Checking social media, watching television, any kind of distraction when you’re eating can cause you to eat more than you would have otherwise. A study from the American Journal of Clinical Nutrition found that people who played a computer game while eating felt less satisfied, ate more snacks later, and had difficulty remembering what they had eaten.

9. Eat a greater variety of vegetables at a time

10. Spend a little time in the morning sun

This is perhaps the most interesting fact. Apparently, a team of researchers from Northwestern has discovered that getting exposure to sunlight in the morning could help you significantly lower your weight.

Supposedly, spending 20-30 minutes in the light between 8 am and noon is correlated with a lower BMI, while people who don’t get any natural light until the afternoon, have a higher BMI. After controlling for age, exercise, sleep, and calorie intake, this relationship still existed.

The team suspects this is because natural light influences our body’s circadian rhythm and helps to boost our metabolism. Even better, it doesn’t even need to be direct sunlight. Just being in a well-lit room can work.